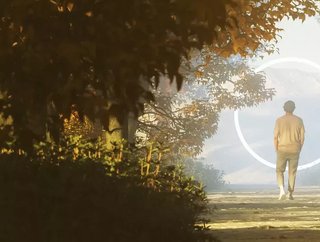 Uncovering why fintech could hold the key to helping small and medium-sized enterprises reach net-zero carbon emissions with Ron Benegbi, the CEO of Uplinq

Sadly, SMBs have fallen behind larger businesses in the push towards achieving net-zero emissions. Antiquated lending processes only exacerbate the issue and lead to a significant investment gap between big and small businesses. However, as Ron Benegbi, the Founder and CEO of Uplinq, explains, Fintech solutions can now effectively solve the challenge.

The UN's Climate Change Conference (COP26) was either a resounding success or an abject failure depending on who you ask. Whilst that subject is likely to be debated for the foreseeable future, there are increasingly few people left with any doubts about the impending and existential climate crisis facing our planet. Businesses of all sizes will need to play a role in fixing the problem. Unfortunately, there's now an abundance of research that suggests larger firms are more equipped for that challenge than their smaller counterparts.

What is the net-zero investment gap?

This gap between big and small businesses is being caused by a disparity in investment, which is adversely affecting the ability of SMBs to meet their net-zero targets. In the UK, a recent British Business Bank report confirmed that the 'nation's smaller businesses are lagging behind in their net-zero push'. More than a third of small businesses cite the costs associated with achieving net-zero targets as the reason for this lag. This should cause concern, especially as smaller businesses are currently responsible for around half of the UK's business-produced emissions.

By comparison, larger firms have much more available capital to dedicate to decarbonisation efforts. Research firm BloombergNEF estimates that investors poured over $500bn into decarbonisation during 2020 alone. It's clear that the majority of this investment is being directed to larger businesses and not yet filtering through to smaller players further down the food chain. To this end, a recent HSBC and BCG report found that the world's SMBs will need as much as $50 trillion worth of investment to achieve a net-zero transition by 2050.

What are the consequences?

Failing to achieve a net-zero transition will invariably lead to significant environmental consequences. Notably, this eventuality would prohibit the global community from meeting the goals identified in the 2018 Paris Agreement and put the world on a path to warm by multiple degrees across the next century. The ramifications of this failure would be catastrophic; sea levels would rise and flood some of the world's foremost metropolises, it would destroy natural habitats, and millions of people would be displaced from their homes.

It's, therefore, no exaggeration to describe the challenge of climate change as the greatest existential threat facing the planet. According to a recent report in Time Magazine, in just five to 10 years, 'vast swaths of the planet will be increasingly inhospitable to humans'. Warmer global temperatures would also melt areas of permafrost, increasing the likelihood of ancient microbes being released into the atmosphere, which humans would have no resistance to. Whatever way you slice it, there's little reason not to be worried.

Is there a solution?

The problem is obvious, but finding a solution looks more complicated. From the perspective of SMBs, it's clear that extra work and funding is required to bridge the net-zero gap. However, businesses classified under this distinction have long faced issues regarding underfunding, with this problem only worsening since the onset of the COVID-19 pandemic. For those of us committed to fixing the issue, the question quickly becomes; 'how do we help SMBs get more access to lending capital and become more financially viable?'

The answer lies with credit lenders, or more specifically, the processes that credit lenders use when deciding the creditworthiness of SMBs. Until recently, lenders only had limited data to work off when making this assessment. This data, which was primarily derived from a business' accounting and banking records, or from credit scores, only provided limited insight into the true financial performance of a company. Moreover, the information would often provide a misleading picture and limit the ability of SMBs to get finance.

We're already seeing a new wave of tech-first SMB lenders beginning to incorporate alternative data points within their lending decision-making processes. This is a huge positive, especially in emerging and evolving markets where unconventional business models are prevalent. With flexible lending arrangements – facilitated by alternative data – SMBs may soon be able to close the investment gap and dedicate more resources to net-zero transition efforts. It might still take some time, but it's certainly a step in the right direction.

The future is fintech

It's clear that an investment gap affects SMBs and that the problem is deterring efforts to transition towards net zero. However, with greater resources at their disposal, small businesses will be able to prioritise this goal more effectively. With the British Business Bank estimating that around three-quarters of businesses are still to implement a comprehensive decarbonisation strategy, there's clear potential for considerable strides to be made towards attaining this much-needed ambition in a relatively quick timeframe.

In doing so, SMBs can contribute massively to broader national environmental targets. The role that Fintech solutions can play in this endeavour shouldn't be overstated. Solutions like Uplinq, which offer credit lenders greater access to alternative data points, can now play a pivotal role in redressing an imbalance that is currently affecting a number of industries. With this much-needed support, smaller firms can begin to bridge the carbon emissions gap and replicate the net-zero performance of their larger counterparts. Ron Benegbi is a senior technology executive with more than 25 years of experience successfully building and scaling organisations in Enterprise B2B and SaaS. He recently founded his fifth startup, Uplinq.

Ron's core expertise lies in the areas of Business Development, Sales & Marketing. Ron can boast an established track record of scaling companies at an accelerated pace and on a global level. Notably, he was able to take one of his previous companies from ideation to $100M in just five years.

Through his previous experience in the small business banking segment, Ron quickly realised that traditional data sources like accounting, banking and credit scores do not provide sufficient and accurate insights into the financial performance of small businesses.

This led Ron to found Uplinq, a North American fintech startup that leverages both alternative and traditional data sources to simplify the credit decisioning process for lenders servicing SMBs. Accordingly, Ron and Uplinq are well-positioned to address the needs of conventional SMBs, while better supporting the underserved, unbanked, minority & immigrant population.