Top 5 Causes of Climate Change Related to the Fintech Sector 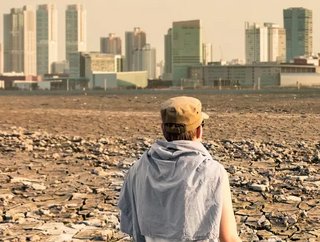 The rise of the fintech industry is a good thing for the economy, but it also has a negative impact on the climate through fossil fuel reliance and e-waste

The world is currently facing a climate change crisis. Many factors contribute to this problem, and the root of the issue is a culmination of both natural and human-induced factors.

Fintech has been a driving innovation of our generation, resulting in many technological advances and benefits worldwide. Still, it is also contributing to climate change in its unique way.

In general, some things people do in their daily lives might have indirect consequences for the earth and often go unnoticed. For instance, according to the Sierra Club and the Centre for American Progress, the fintech industry is the world's fifth-largest emitter of greenhouse gases.

Here are five leading causes of climate change-related to the fintech industry.

According to Ben Cushing, manager of the Sierra Club's Fossil-Free Finance campaign, Wall Street's toxic fossil-fuel investments threaten the future of the planet and the stability of the U.S. financial system. This focus on fossil fuels puts many people at risk, especially vulnerable communities.

For instance, JPMorgan Chase & Co., Citigroup Inc., Wells Fargo & Co. and Bank of America Corp. financed $5.3 trillion of credit exposure equivalent to an estimated 668 million metric tons of C02, which is the same amount of emission with 145 million passenger vehicles driven for one year. Together, the eight banks have been the most prominent funding providers to the fossil-fuel industry.

Crypto mining activity demands competitive mining computers with specific (and costly) hardware requirements. They are extremely demanding in terms of energy consumption, and a massive number of these energy-hungry machines are required for a firm to be genuinely profitable.

Crypto mining alone is already a massive consumer of energy, and the industry's total power usage has been estimated to be higher than in Argentina. Some countries such as Kazakhstan and Kosovo have even had energy outages due to Bitcoin mining. If this mining growth trend continues, it could easily lead to crypto-related climate change issues in the future.

A study authored by the Sierra Club and the Centre for American Progress reveals that eight of the biggest U.S. banks and 10 of its largest asset managers combined finance an estimated 2 billion tons of carbon dioxide emissions, based on year-end disclosures in 2020.

This number is only about 1% less than what Russia produced and equals 432 million passenger vehicles driven for one year. And it didn't even include the emissions produced by their supply chain and customers.

"Disclosure is an essential and foundational step in mitigating market risk," the 24-page report states.

The fintech industry often employs and requires powerful computers and many other electronic devices to sustain the business. Players in the sector modernise their hardware and dispose of outdated equipment regularly. These electronic scraps are often unrecyclable, and their disposal, often to an overseas landfill, contributes a significant amount of carbon footprint.

Electronic waste, or e-waste, is one of the fastest-growing waste streams worldwide. Toxic substances contained in many electronics, such as lead, mercury and cadmium, can leach out when these items are improperly disposed of and contaminate soil and water. Such leakage creates serious health risks for both people and ecosystems.

The fintech industry, through its products, may spur consumerism, as it grants consumers more options to fund their purchases. This type of consumerism means an increase in the circulation of goods. If the goods are physical, they must be transported — which also means an increased carbon footprint. The effect is worse if the product purchased is not local, which is likely the norm today.

Credit and debit cards made out of plastic, for example, have been increasing in popularity. One can note that plastic materials have been proven to produce a high carbon footprint, but they also can end up in the ocean, where they cause serious harm.

The more people buy plastic products such as credit and debit cards, the greater their carbon footprint is likely to be. This reality means that many aspects of fintech business models can contribute negatively to global warming or climate change. The industry has an opportunity to scrutinise its products and business practices to make sure it doesn't contribute negatively in this regard.

Fintech industry players need to be increasingly aware of the negative environmental impacts of their products and services on society, potentially worsening climate change-related issues. The sector should consider ways to mitigate its harmful effects on climate change and focus on reaching net-zero emissions.