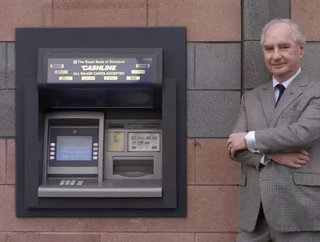 FinTech Magazine profiles James Goodfellow OBE, the inventor who in 1966 developed the PIN and ATM system still in use today

Previously in our ‘Legend’ section, we’ve examined the lives of prominent investors and financial minds. However, this time we’d like to pay tribute to an inventor who helped shape the modern world and yet arguably still isn’t quite a household name: James Goodfellow OBE, inventor of PINs and the ATM.

Born in 1937 in the Scottish town of Paisley, Renfrewshire, Goodfellow completed an apprenticeship at Renfrew Electrical & Radio Engineers in 1958. Following the completion of his national service, he found work as a development engineer at Kelvin Hughes (now part of Smith’s Industries) in 1961. During this time, UK banks sought a convenient way to reduce Saturday working hours while also maximising service for customers. The concept of an automated cash dispensing machine had circulated for at least three decades prior, but no one had been able to develop it successfully. In 1965, Goodfellow was tasked with the project.

It proved to be far from an easy one. Much like the tech projects of today, the proposed solution would need to incorporate convenience and functionality without sacrificing security. Interestingly, previous research had actually explored the use of sophisticated biometrics (voice recognition, fingerprints, retinal patterns, etc.) to satisfy the latter. However, the feasibility of these methods exceeded both cost boundaries and contemporary tech maturity and were subsequently abandoned.

Goodfellow’s key innovation was to combine a personal machine-readable card with a machine equipped with a numerical keypad. Used in tandem with a personal identification number (PIN), the two forms of encryption would be matched to an internal system for either acceptance or denial of service. Customers suddenly had a unique and safe way to withdraw their cash.

His invention received its patent (UK No. 1,197,183) on 2 May 1966. Later, in 1967, John Shepherd-Barron at De La Rue designed an ATM capable of accepting cheques impregnated with a radioactive compound. This was made available to the public in London, and Shepherd-Barron was afterwards widely credited as having invented the modern ATM, despite Goodfellow’s design being registered first and operating in exactly the same way as the ATMs still in use today.

In 2006, Goodfellow was given an Order of the British Empire (OBE) and was inducted into the Scottish Engineering Hall of Fame in 2016. Despite these honours, Goodfellow spoke of his regret to the BBC that wider recognition has eluded him for an invention that changed the world. It is in the spirit of setting the record straight that we honour him in this issue.

Each month, FinTech Magazine will be summarising the lives and careers of the most significant figures in finance. Read about them - as well as industry stats, infographics, exclusive interviews, and more - in our 'Upfront' section.