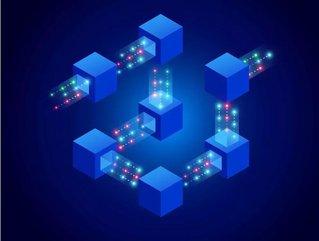 The global crisis caused by the COVID-19 pandemic has rapidly pushed many businesses into a digital world...

The global crisis caused by the COVID-19 pandemic has rapidly pushed many businesses into a digital world. Central banks are now also adapting the architecture of money to this new digital business reality.

Digital money powered by blockchain has matured rapidly in just a few short years, but the ultimate sign of graduation from the margins into the mainstream is perhaps the way that central banks are now embracing the technology. This evolution is in the process of transforming the way money works for businesses ranging from the largest financial institutions to SMEs and beyond.

Central bank digital currencies (CBDCs) are now being piloted by many central banks across the world (see our recent report here). The People’s Bank of China is embarking on its own ‘digital-yuan’ project and Sweden’s central bank, Sveriges Riksbank, has announced a pilot for a digital version of its currency for retail use, dubbed the e-krona.

Additionally, the US Fed, the Bank of England, the Bank of Japan and the European Central Bank are all currently exploring the technology. Meanwhile, the Bank for International Settlements (BIS), the so-called “central banks’ central bank” has been discussing CBDCs at length, and recently forecasted that amid the current global pandemic, contaminated bills may be the catalyst for central banks to deliver a digital cash alternative for payments.

So why else are central banks, the heart of the economic establishment, so interested in technology with such radical and revolutionary roots?

In part, they are responding to challenges from private sector initiatives, such as Facebook’s Libra. However, CBDCs also suggest substantial benefits for general purpose use which make them highly attractive in their own right. Specifically, central banks’ motivations include:

What’s interesting about the recent models is the collaborative approach many are taking with a supporting cast from the private sector. For example, the Bank of England is researching what it calls the ‘platform model’, in which the bank is the only entity allowed to create or destroy a token while leaving ‘payment interface providers’ (PIPs) to interact with end-users.

The proposal gives the PIPs the responsibility to maintain KYC checks, while providing them with the freedom to differentiate themselves by providing additional services on top of the core payments.

Others have gone a step further. Researchers at the IMF recently coined the term ‘synthetic CBDC’ (sCBDC) to describe a model in which a non-central bank entity, such as a commercial bank, can issue a stablecoin backed by central bank reserves.

Ultimately, we are likely to see a variety of uses for CBDCs in the retail space and a number of different implementations. These will have important benefits for a wide variety of institutions, from corporate treasury departments to payment networks open to the general public.

We see the distinction quickly blurring between the currently evolving retail CBDC models and previous projects with wholesale CBDCs. We have already learned that a CBDC is a great tool at the wholesale level, and its applications teach us a lot about the prospects for retail CBDCs. For example:

Blockchain is crucial in enabling the tokenisation of these payment assets, allowing for peer-to-peer transactions and distributed custody. Additionally, blockchain enables atomic transactions, which means that any DvP or PvP scenario can occur in real-time and without the risk that one leg of the transaction will execute before the other.

Blockchain also sets the architecture for a more secure payment system in which there is no centralised point of failure nor honeypot for hackers to attack. Finally, it allows connectivity into a growing tokenised financial ecosystem with global integrity.

Looking forward, we can imagine a completely new architecture for money in the near future, which will, in many ways, be as significant a change to the nature of money as the invention of the credit card. This architecture is enabled by blockchain as a system of record and relies on central banks’ diligence in providing robust governance frameworks for these new assets.

Widespread access to CBDC will be key for central banks to fulfil their mandate of offering modern payments solutions. Additionally, it will catalyse connectivity between the general public, corporations and the financial industry with parallel innovations currently being built out by firms leveraging blockchain in non-payments related areas. Central banks have a tremendous opportunity to orchestrate and provide.