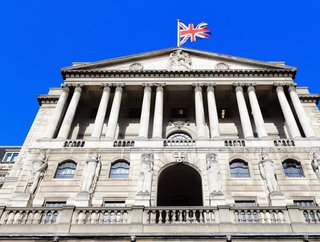 The Bank for International Settlements (BIS) and the Bank of England have launched the BIS Innovation Hub London Centre, the fourth Innovation Hub Centre to be opened in the past two years.

The launch is part of a plan to expand the global reach of the BIS Innovation Hub, which also includes the opening of Centres with the Bank of Canada (Toronto), the European Central Bank/Eurosystem (Frankfurt and Paris) and the four Nordic central banks (Danmarks Nationalbank, the Central Bank of Iceland, the Central Bank of Norway and Sveriges Riksbank) in Stockholm.

“The BIS, together with its partners, is taking a leading role in coordinating the work of central banks on technological innovation in the financial sector to pave the way for the future of central banking. This new Centre in London reflects the Bank of England's critical role as an innovator in responding to the challenges and opportunities of the digital world while safeguarding financial stability.” said Agustín Carstens, General Manager of the BIS.

“The UK is known for pushing the boundaries of digital finance so it's great to have the new Innovation Hub opening here. Its work will help central banks to support safe innovation, and boost our efforts to capture the extraordinary potential of technology.” said Rishi Sunak, UK Chancellor of the Exchequer.

Importance of banks staying up to date with the latest technologies

It is important that banks upgrade their legacy systems to handle the new wave of digital payments and currencies.  The hubs are focusing on the study of these areas so that they can help the various central banks and also carry out their own tests on these as the financial system across the world prepares itself for this digital transformation.

It is likely that there will need to be changes and upgrades to handle the various practices and processes that are to come into existence and it is expected that these hubs would advise the various central banks on how such practices need to be regulated and supervised as the new rules need to blend the processes of both legacy and digitalisation systems.

In the coming years, the focus will turn to green banking. Every institution has a responsibility to take care of the environment and bring in processes to help the Earth stay green. With digital currencies using a mass amount of electricity, it remains to be seen how the banks are going to handle this new developing situation.