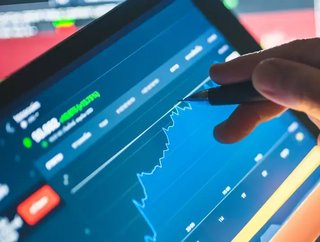 Marketing corporate, Appsflyer unravels the promising rise of FinTech services in the APAC and SEA region

A report by marketing consultancy Appsflyer unravels the evolving popularity of FinTech in the Asia Pacific (APAC), hence dominating presence in other regions. The report is exclusively based on tracked data on finance app usage across the globe, across five categories: digital banks, traditional banks, loans, investments and financial services.

The report revealed that there were over 1230 FinTech apps available in APAC and that marketers have invested a sum of US$24mn to acquire new users in 2020 alone. Within APAC, a total of 2.7 billion installations occurred between Q1 2019 and Q1 2021. The bulk of the marketing was spent on investment apps and made up more than 65.5% of paid installations. The total number of paid installations reached about 600mn.

Indonesia and India, along with Brazil, make up almost half of the global FinTech app downloads. This does not come as a surprise since these mega developing markets boast massive numbers of unbanked and underbanked customers, especially Indonesia. On the whole, developing markets display 70% more finance app installs as opposed to developed markets. Philippines, Vietnam, Thailand, and Indonesia have all witnessed FinTech app demand growth in 2020.

Different markets are dominated by different sub-categories of FinTech apps

While the investment app was most popularly downloaded across the region, Indian users had a clear preference for financial services, which constituted about 80% of the downloads. On the other hand, 75% of Indonesians downloaded apps either for lending or financial services. In the Philippines, however, there was a 20% decline in lending apps and installations between Q1 2020 and Q1 2021. The Philippines is still a developing economy for FinTechs with a growing presence of digital banks.

Nevertheless, on the whole, the SEA region has seen a 20% reduction in fraud rate. Across APAC, bots are responsible for the majority of fraudulent installations in Japan and SEA, while India and South Korea are affected by click flooding.

Nevertheless, on the whole, the SEA region has seen a 20% y-o-y reduction in fraud rate. Across APAC, bots are responsible for the majority of fraudulent installations in SEA and Japan, whereas India and South Korea are troubled by click flooding.

The rapid growth of financial app installations in the SEA and APAC regions reflects the consumer demand and changing financial and banking landscape in these regions. Digitisation amidst the pandemic has accelerated consumer demand for digital services, which directly contributes to the growth of start-ups and SME’s.

In addition, the SEA region promises huge potential in consumer adoption of consumer FinTech services since it is home to over one billion underbanked and unbanked customers. Also, regulators are far more amenable to handing out more digital banking licenses in countries such as Malaysia, Indonesia, the Philippines and Singapore, making it conducive to start FinTech services here. All these factors present a promising opportunity for investors and consumers to enter the FinTech market.