Sara Lamsam is the third generation of his family to steer Thai insurance company Muang Thai Life Assurance to success as it passes into its seventh decade.

Lamsam, who has been with MTL for almost 30 years, finds himself as Chief Executive Officer, at a time change as the company, which celebrated its 70 anniversary in 2021, is focusing on its digital transformation which has included setting up a subsidiary company focusing on Artificial Intelligence.

Trust, integrity, sustainability and a 70-year-history in Thailand plus the holder of Garude badge presented by the King of Thailand is what Lamsam believes gives MTL its competitive advantage. “MTL still feels fresh and young and we have a dynamic pricing product which not many life assurance companies offer,” said Lamsam.

“We aim to be a partner that customers trust through innovation,” said Lamsam whose father, Photipong, was chief executive of MTL for more than two decades. Lamsam himself learnt from the bottom up starting as a management trainee and working in marketing, sales and business development.

MTL is one of the major life and health insurance companies in Thailand and has been providing happiness to their customers, employees and agents since it was founded in 1951 by Julin Lamsam, the family of Lamsam.

“Innovation and forward thinking has always been the DNA of Muang Thai Life Assurance,” said Lamsam who is a keen sportsman who enjoys cycling, swimming and running.

For the past 17 years Lamsam has been leading the company which has evolved from being a life insurance company founded with the intention of lessening the government's burden in providing social welfare to investing in its own Intelligence- as a-Service company to help it realise the full potential of Artificial Intelligence (AI) within the insurance space.

Two years ago MTL established Aigen, a subsidiary company, which specialises in AI as they identified this was going to have a big impact on the insurance industry. They recruited best-in-class experts for Aigen with the mandate to work together and solve any technology problems and once established they can sell this service to other industries.

“We deeply understand the needs and behavior of our customers. To deliver suitable products and services to create financial stability and complete the lives of customers throughout their lifetimes. “We value long-term sustainability. and strive to deliver happiness to customers, employees, business partners, shareholders and society.

“The most important thing in life insurance is trust and honesty. Trust in the company, trust in the product, trust in the team as this provides sustainability for both our customers and MTL,” said Lamsam speaking from the company’s head office in Bangkok.

His first goal was to set MTL apart from industry rivals and build recognition among consumers. The life insurer launched the Muang Thai Smile Club to create brand loyalty.

“While MTL is 70 years young, the past five to seven years have been very dynamic for the whole industry, especially in Thailand,” said Lamsam referring to the digital transformation within the industry. “It is very important for MTL to invest in the changing environment - it keeps us fresh and keeps it inspiring.”

Reflecting on how MTL has overcome challenges from the financial crisis in 1997 and again in 2008, Lamsam said they “remained very strong” throughout this time. Commenting on what he feels are the essential traits of an inspiring leader, Lamsam said: “You have to be able to make that tough call as a leader.” 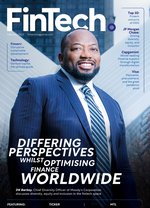