Konstantinos Papakonstantinou remembers a time when the use of AI was barely spoken about in the financial sector. "A few years back it was very hard to go to a conference and hear professionals from different organisations talk about leveraging alternative data sources and machine learning to underwrite customers," he says. "Now we see many are going down that path, and there's a real shift towards automation based on machine learning and alternative data."

For online lending provider Monedo, data science, machine learning, artificial and decision intelligence (AI and DI) have been at the heart of the business since it was founded in 2012. Compared to traditional lending banks that verify income based on tax declarations, payslips and information provided by credit bureaus, Monedo acquires data from as many different data sources as possible, which translates into thousands of attributes that describe the customer, and which can then be fed into its machine learning model.

Dr Papakonstantinou explains: "If you have raw transaction data, enhanced with labels for the different categories of transactions, and transformed into different features that accurately describe the financial profile of the user, you can underwrite more efficiently and achieve a much better performance than the banks that underwrite with traditional methods."

The company’s main source of data is Kontomatik, an API that enables financial institutions to verify customers' identities and access their banking activity. Monedo is also in the process of integrating Kontomatik's scoring service, which is currently done in-house. Indeed, as the organisation has grown, it has begun to outsource technology to third parties. Dr Papakonstantinou explains that this is a typical process for startups as they grow into scale-ups. "Startups tend to build everything in-house because integrating third parties is just too expensive, and because a smaller team is more agile and has the capacity and the passion to do this. As you mature, one of the things you realise is that you need to have valuable partnerships and strategic alliances; you should refrain from building everything in-house. You really need to leverage the existing solutions that are out there.

"It's a journey we also went through,” he continues. “We had a tendency to build everything in-house, until recently we moved to a new cloud-based architecture where we replaced all sorts of components with third party components."

A key example is Monedo’s loan management and servicing platform built by Mambu, which provides cloud solutions for banks and lending businesses. The two companies worked closely together to develop the functionality that Monedo needs. "It's a balance, I think third party components certainly find their place in every organisation that utilises a sophisticated architecture for their products," says D. Papakonstantinou.

When he first joined the organisation as a senior data scientist in 2014, it was still a relatively young company, known as Kreditech. The last two years has seen it undergo a strategy refocus and rebrand as Monedo, with the appointment of Dr Papakonstantinou as Chief Data Officer to lead on data analysis and apply machine learning to automate processes and optimise decisions. "We always wanted to expand the data science use cases, to build more solutions and add value for different areas of the organisation," he says. "As early as 6 months after I joined, I was promoted to a management position and formed a multifunction team with data scientists, data warehouse engineers and business analysts, in order to start tackling product and marketing analytics."

The company found that during a period of large growth, product and marketing are obvious areas that could benefit from data science, and so Dr Papakonstantinou and his team looked at ways of optimising conversion for its products and increasing the marketing return on investment (ROI). From there the team focused on other areas beyond underwriting, like customer relationship management (CRM) and collections – and then also transformed every process within underwriting, like pricing and affordability, the process of estimating how much customers can afford to repay each month.

Having a clear data strategy is crucial for an organisation as data hungry as Monedo. "We're constantly looking for new data, but also for new ways to leverage, to a greater extent, the data we already have in our possession, while at the same time building a framework for data governance. As you grow from a startup and you scale up this is an important aspect you need to take into account - you shouldn’t only care about value creation, but also about value preservation. So, having clean good quality data and enabling as many stakeholders as possible to use it, is a key to maximise its value."

Monedo is undoubtedly a fast-growing company. "The more time you spend with a growing organisation like Monedo, the more you also grow with it," Dr Papakonstantinou says. "Strategies change, priorities change, resources change and you need to be able to adapt to different situations." Adaptability has also been important when it comes to managing his team. "There are very smart, highly qualified, strongly opinionated managers in the data space. It's tantamount to managing a think tank. Everybody has their own opinion because they're very good at what they do, and despite the frequent healthy conflicts, you have to make sure you reach a consensus as much as possible."

Looking ahead, he sees two main challenges for ML and AI: ethical concerns and challenges with widespread adoption. However, ultimately, he strongly believes these will be solved. "A lot of work is already being done on ensuring algorithmic fairness and removing any algorithmic bias. Moreover, a lot of publications and discussions at conferences and other events are looking at the impact of ML and AI in society. I think that five years from now, we probably won't be talking about these challenges as they will have been resolved."

While many people are concerned that AI may lead to a loss of jobs, Dr Papakonstantinou believes it will actually create new opportunities. "We have the analogy of the Industrial Revolution. People were initially very sceptical that they would lose their jobs to machines in factories, and indeed many were replaced, but then people learned how to work with those machines and more positions were created than were lost. More positions will be automated by algorithms but that doesn't mean we'll see unemployment by adopting machine learning and AI. We'll optimise and automate different business processes, so while some positions will be lost, a lot more will be created.

"More and more people will start realising that adopting machine learning and AI in different areas adds value, and we'll see that cultural change within more organisations, and across more industries." 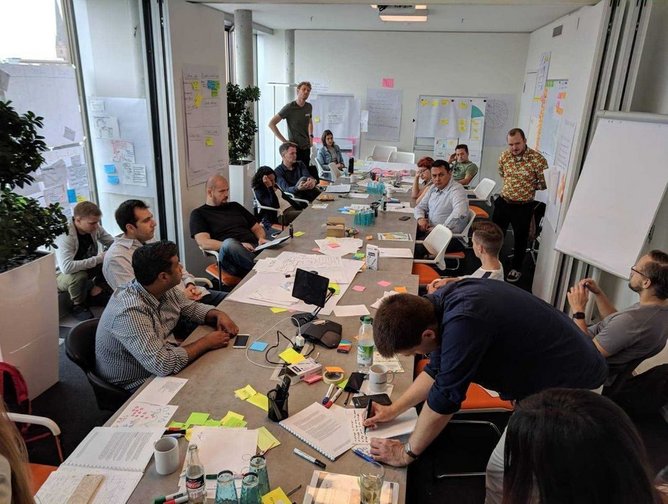