David Stewart’s journey with Wesleyan began in April 2019, when he joined as Technology & Transformation Director, rising to his present role five months later. Originally trained as a chemist, Stewart found that his true passion lay in business, “I had my first foray in financial services in 2008 when I joined what was HBOS, which was taken over by Lloyd's in a matter of weeks.”

Rising steadily to a number of executive positions within the company, he relates that, when he first heard about Wesleyan, he was immediately drawn to its culture, history and the opportunities it presented. “I was particularly attracted to the company’s mutual heritage: we're not here to meet short-term shareholder goals; we’re here to deliver value for our members and customers. That's a goal I buy into wholeheartedly.” Stewart relates that he brings three aspects of his career outside of finance (primarily retail and sales) to bear on his role as COO: customer-centricity, colleague focus and commerciality.

Regarding his philosophy on corporate leadership, he states, “It’s essential that leadership sets the tone in terms of culture. It is critically important to recognise when brilliant behaviours are shown. I think great leaders have to be authentic, as well as being honest and transparent. Businesses are facing challenging times at the moment and the last thing you want to do is sugarcoat any of that. You've got to be very honest, very transparent, and evaluate both what's going well and what isn't. Now, more than ever, you also need to be agile and flexible as a leader. You need to be prepared to accept that the old way of doing things is probably not the most appropriate way for the future.”

Stewart also highlights the importance of a company to know ‘who it is’ in the market and play to its strengths appropriately. “[Wesleyan is] not a mass-market player. Rather, we cater to our customer groups in a very focused and appropriate way.” Wesleyan’s ongoing transformation, combined with a well-crafted product range and award-winning investment team, appears to form a strategic roadmap geared for success. That success will belong not only to the company and its staff but also to its customers, whose vital work is needed now more than ever. “What attracted me to Wesleyan was the opportunity it presented. I’m 18 months into the role now and absolutely still firmly believe in our message.” 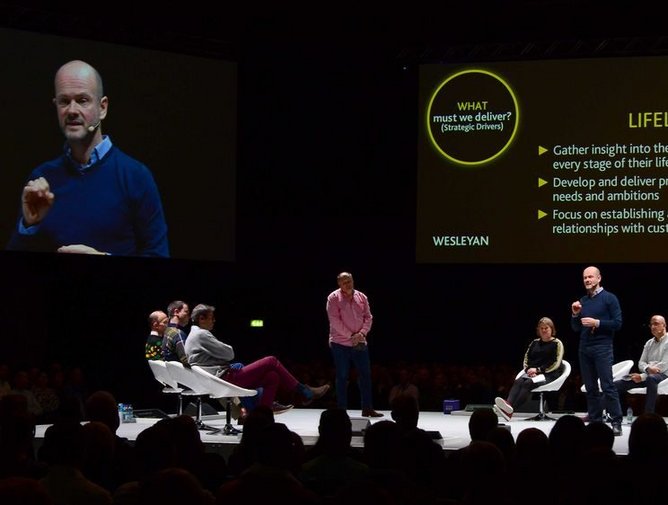