Christopher O'Sullivan joined BFL CANADA in 2020, saying he was "immediately blown away" by the company. A computer scientist by trade, he also has a lot of experience in investment analysis.

However, he has always worked on the technology side, in different industries, including hospitality, biotech and digital advertising. "I've always been attracted to companies that have interesting challenges to solve" he says.

"I've worked at startups as well as large global organisations. Most recently, I was head of enterprise architecture, strategy, and engineering in Canada for a global insurance company, Aviva."

While he was there the opportunity to join BFL CANADA came along, who were looking for a leader to help build their technology platforms and technology teams. "I just couldn't turn down the opportunity. I spent so many years obsessing about making brokers’ lives better, and here was an opportunity to actually be in a brokerage to make that better."

As a leader he says he describes himself as "authentic." "It encourages your team to be authentic, and when people are themselves you get the best of them. I also believe that empowered people make the best decisions. You need to give folks that power."

He adds that he also feels humbled and privileged to work with some very smart people, "many of whom are much smarter than I am" he says.

He has a collaborative, inclusive approach to managing his team, and avoids micromanaging. "I ensure the team is very clear on what we're trying to achieve, and once we're all pointing in the same direction I get out of the way, because the team inevitably amazes me. Time after time, they blow my mind on delivering far more than I could have expected." 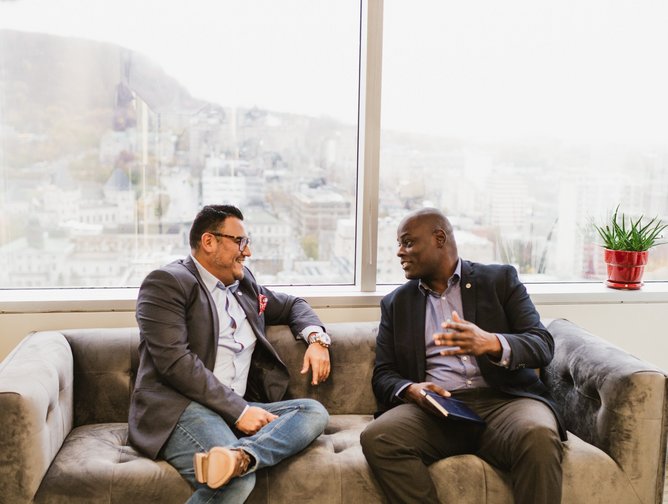