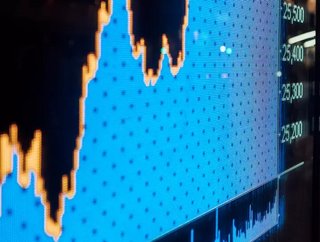 Discover why fintech investors can benefit from exercising more care, verifying things instead of relying on gut feelings and paying attention to red flags

All three companies were startups. All three had good-looking, glib leaders who sketched a compelling vision fueled by their particular secret sauce. All three raised so much money and attracted so much attention that they became high-profile unicorns. And all three busted out spectacularly when reality finally caught up with the stories they told.

After the financial implosions that turned all three companies upside down, their founders faced negative consequences, most spectacularly with criminal fraud indictments against Theranos' founding CEO Elizabeth Holmes and COO Ramesh Balwani.

Overlooked in all three companies' collapses, however, was the role early investors had in fueling their growth. Those investments enabled and likely even encouraged the bad behaviour that ultimately led to the companies' collapses and all the collateral damage those collapses caused. It's there where I'd like to focus, as someone who's invested in dozens of startups.

Yes, all those companies were in businesses other than fintech. But you don't have to look far in fintech to find bad actors trying to take advantage of eager investors trying to take part in the emergent business of transforming finance for a new era.

Some may recall the spectacular incompetence and misconduct that led to the bankruptcy of Mt. Gox, an early bitcoin exchange that saw around $450 million stolen, lost or misplaced in 2014. And just last May, the U.S. Federal Trade Commission said it'd seen a "huge spike" in cryptocurrency scams of all kinds, up 10X in the previous 12 months.

The financial chaos and dislocation caused by all of these companies (and with Theranos' flawed testing, health issues, too) require us as startup investors to ask one simple, vital question: what's our responsibility?

What criteria are we using to choose the companies we invest in. Once we've bought in, how involved are we in nurturing and overseeing their development? Are we just along for the ride, trying to quell our FOMO while hoping for an occasional big score as we sprinkle our money around Fintech Land, or beyond that to the broader world of startups?

With more investment capital sloshing around than ever, sending valuations (and that FOMO) sky high, I'd say we have both more opportunities and more responsibilities to avoid the next WeWork, Theranos, or Ozy Media bust-out. Fintech, with its explosion of new coins and pell-mell rush to grab attention and market share, is particularly vulnerable, and we as investors need to operate with more caution and thoughtfulness.

That's not always easy, of course. Suppose you've been successful in one industry. In that case, it's easy to believe you have the smarts, experience and knowledge to suss out a new business, even in a new sector, especially one like Fintech, which basically didn't exist a decade ago.

You can do this, you tell yourself. After all, you've proven you know how to make money and run a business. And you certainly don't want to miss out on getting a piece of a company destined for greatness. Isn't the whole point of investing in startups, especially in new frontiers of technology, that they go where others mostly don't? How much do you need to understand to write a check?

But that's all the more reason to improve the due diligence we perform before putting money into these companies. We're not as good as we think we are when it comes to sussing out problematic ventures. And all of us are terrible at detecting people who aren't what they say they are.

Malcolm Gladwell's 2019 bestseller, Talking To Strangers: What We Should Know About the People We Don't Know, is devoted to why we're so bad at understanding what others are thinking.

We're particularly bad at catching people who are dishonest with us, even those asking us to give them lots of money. Worse, we're basically born that way.

Humans are a social species, evolving over tens of thousands of years to depend on others to help us survive. Yes, we could question the motivation and truthfulness of everyone we deal with all the time.

But constant questioning and endless distrust might make it challenging to get the gang together to hunt that mastodon in 40,000 B.C., head a village in early Mesopotamia, operate a lucrative guild in 17th Century Amsterdam, or invest in a tech company now.

Hardwired for trust, but verify

We're wired to trust others, generally a good thing, Gladwell says. But there are downsides. He cites research and real-world situations from Bernard Madoff's fraud to Cuban spies' subterfuges to police traffic stops as examples of the many ways we misunderstand each other, even fatally.

So what are the implications for investors? In doing my own due diligence on potential investments, I have several tactics to try to improve my chances of making the right kind of deal.

To start, we all need to be more careful about investigating each deal. Part of that is being, yes, be less trusting of those who tell a good story. Don't let a fast-talking CEO spin you; keep asking questions until you get honest answers.

And beyond that, I'm looking carefully at many other signals about a company, its team, its board, its other backers, and its realistic prospects. I spend a lot of time understanding the company's sector, especially if it's one where I'm relatively new. I'm reading widely, trying to understand how the company's product will affect, even disrupt its industry.

I also look beyond my circle of knowledge. In part, I rely on who else is investing, particularly among the board members and lead investors, their background and expertise in the sector. If they can't explain that to me, well, that's another red flag.

Theranos' board included Henry Kissinger, George Shultz, Jim Mattis, and Betsy DeVos (who invested a reported $100 million). As impressive as that list of former U.S. Cabinet officials is, however, none had a background in medicine, medical testing, or health care, which Theranos said it was revolutionising. That should have been a red flag.

Over my years of investing, I've built relationships with investor groups that I've come to trust. In part, I rely on their due diligence to reinforce my work.

But underpinning all this due diligence, I have one important rule: if I see even one red flag, I'm done. I move on to another opportunity. Why? Because I can. So can you. Not only can we say no, we almost certainly ought to say it more often.

The truth is, especially in this overheated economy, especially in Fintech, there are way more investment opportunities than you'll ever be able to join. And many of them are projects we should decline to join. Yes, I've put money into hundreds of deals. But I've walked away from countless others.

We need to learn the lessons that early investors in WeWork, Theranos and Ozy Media missed, even as their companies climbed to unicorn status under less-than-legitimate circumstances. Perhaps investors didn't want to look too closely as the hype grew and miss out on a big score.

But those investors and many others would go on to pay a steep price, not least customers who relied on Theranos' bogus medical tests and became sicker or even died as a result.

You don't have to make the same mistakes. Don't be distracted from the facts because a CEO reassures you that something that doesn't make sense really will.

Remember that we're inclined to believe others are telling the truth, especially in areas where we have far more money than expertise. And remember, amid all the heat and excitement of the burgeoning Fintech sector, this is a very good time to remain sceptical and keep asking questions.

You have responsibilities and options. Use them.

About the author: Steve MacDonald, Founder of MacDonald Ventures.