Why fintech is the biggest driver of financial inclusion 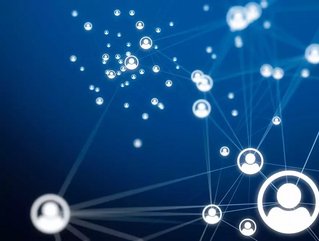 Shaw explores the topic of financial inclusion and determines to what extent fintechs are picking up the slack for other FSIs...

The role of financial inclusion in reigniting the global economy in a post-pandemic world cannot be understated. Ensuring universal access to financial products and utilities features in eight of the UN’s seventeen Sustainable Development Goals, identified as an enabler for ending poverty and hunger and achieving gender equality.

However, financial inclusion also has the power to boost economic growth and support industry and innovation. It will help nations, particularly emerging economies, find a path out of the fiscal damage wrought by the pandemic. A report by the McKinsey Global Institute previously estimated that digital finance would add $3.7trn to the GDP of emerging economies in the years leading up to 2025.

But the overall idea of financial inclusion is still dogged by several misconceptions, including the idea that the problem is limited to low and middle-income countries. In the United States, the world’s biggest economy, an estimated 22% of people are either unbanked or underbanked, meaning they’re often losing money on short-term payday loans or check-cashing services.

This leads to another common myth, not helped by the fact that “banking the unbanked” has come to be the slogan of choice for solving the challenges of universal financial access. However, in the digital age, the idea of financial inclusion has evolved to mean something different than simply equipping everyone on earth with a checking account.

Traditional banks have fallen behind the digital curve

Regulation is perhaps the most critical challenge facing the traditional banking sector when it comes to the issue of financial inclusion. According to Deloitte, it’s a double-edged sword. Over recent years, regulation has proved to be a limiting factor in the ability of banks and traditional financial services providers to innovate and keep pace with the increasing shift to digital and mobile-first. However, compliance also creates high barriers to entry for banking services. In his recent letter to shareholders, Jamie Dimon, the CEO of JP Morgan Chase, highlights the Dodd-Frank regulation as actively preventing banks from lending more and supporting the economy. This combination has enabled nimbler, digital-native fintech firms to get ahead of their traditional counterparts; in some cases, banks simply can’t compete in certain segments due to the heavier capital requirements placed on them versus the lighter regulation for their rivals in fintech.

The change is visible across the wealth spectrum, indicating that fintech is playing a pivotal role in financial inclusion while also emerging as a popular choice for more affluent consumers.

In emerging economies, mobile payment networks such as Kenya’s M-Pesa or China’s Tenpay have long since overtaken cash at all income levels. Meanwhile, Google search data from European countries indicates that people are increasingly turning to so-called 'challenger banks' such as Monzo, Revolut, or N26, while traditional banks are seeing a decline in search traffic.

These findings are backed up by a survey recently undertaken by Ding, the world’s largest mobile top-up service. Ding’s Global Prepaid Index, which polled over 7,000 respondents in nine markets covering low, middle, and high-income countries, found that four in five people at all earnings levels engaged in some kind of prepaid services.

The rise of prepaid services

The rise in prepaid services is one of the more intriguing developments in enhancing universal access to products and services. It used to be the case that prepaid services were considered somewhat inferior to subscription-based plans.

However, the shift to mobile has well and truly reversed this perception, with consumers actively choosing prepaid mobile services over subscription-based models. Ding’s findings showed that 61% of its 7,000 respondents used a prepaid mobile account, rising to 75% in Brazil, the Philippines, and the Gulf States. Take-up of other prepaid services is also on the rise, with 45% of respondents saying they used two or more services, including prepaid utility bills, gift cards, vouchers, or credit cards.

A core reason for this shift is the speed and flexibility of prepaid services. Anyone can purchase a SIM card and start using it instantly, topping up within a few seconds. Similarly, prepaid models allow users to have a high degree of control and visibility over their spending.

So what comes next? After all, the journey to universal financial inclusion is still underway. Further development of the pillars underpinning the ongoing fintech transformation is critical to success. For instance, while mobile penetration is high among the unbanked, increasing the availability of 4G and, eventually, 5G services will provide the bandwidth to offer a more sophisticated range of mobile-first financial services beyond pure payments and remittances. These may include the provision of credit lines or insurance coverage, further narrowing the financial inclusion gap.

Finally, the success of platforms such as Europe’s challenger banks and China’s WeChat provide a blueprint for what financial inclusion success could look like in emerging economies, in the form of 'super apps.' WeChat users can get updates from official government and company accounts, make everyday payments, book a medical appointment, apply for a loan, take a taxi, top-up their phone, and many more. Revolut has expanded from being a convenient way to pay across borders into offering investments in commodities and cryptocurrencies, along with insurance services, savings plans, and other financial services

The ease and convenience of having all of these services in a single app, available across international borders, will be a huge step forward for inclusivity. Ultimately, it seems likely that, for retail users at least, the role of traditional banks will diminish on the global stage as emerging economies continue their shift toward financial inclusion powered by fintech.