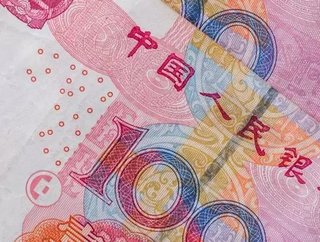 Deputy governor of the People’s Bank of China says tighter regulations for fintech are a necessity...

A top Chinese banking official has publicly announced his support for a spate of new regulations to manage the growth of fintech in China.

Pan Gongsheng, the deputy governor of the People’s Bank of China, who also heads the State Administration of Foreign Exchange, praised the way the communist nation-state is managing fintech risk and regulation in a recent Financial Times opinion column. His comments come in the wake of the Ant Group IPO withdrawal late last year.

China currently holds the world’s largest economy which is worth an estimated US$24.2tn. It is reportedly one-sixth larger than America's economy which stands at $20.8tn. According to Statistica, China’s fastest-growing financial market segment in 2021 will be in Digital Payments with an estimated total transaction value of $2,915,347m.

The new regulations follow on from Ant Group making a public offering in November 2020 of $34.5bn – the largest offering in global financial history. The group, which owns Alipay and Alibaba, had rebranded as a technology company following new regulations on financial institutions just before the offering. However, the move reportedly did not satisfy officials and the IPO was withdrawn two days before Ant Group was due to be floated on the Shanghai stock market.

Some news reports suggested the cancelled IPO was a move designed to control Jack Ma, Ant Group’s billionaire founder, as he was becoming too wealthy and influential for the CCP to tolerate.

However, according to a report yesterday in the South China Morning Post, China’s central bank governor Yi Gang has raised the possibility that Ant Group could be allowed to pursue an initial public offering once it fully complies with the country’s law and has addressed customer complaints.

Gongsheng said the rise of technology in China has resulted in fintech affecting all aspects of the country’s financial systems, from payments and loans to insurance, investment and security.

“With the rise of big data, artificial intelligence, blockchain and cloud computing, the integration of finance and technology has picked up speed recently. New business models of internet-based finance such as mobile payments have reshaped not only the way we live but also the financial ecosystem,” he explained.

“Fintech now affects everything from payments, lending and securities to insurance and wealth management. The advances have improved efficiency, lowered transaction costs and made the financial system more inclusive.”

Although Gongsheng admitted that fintech has not made China’s financial industry more unstable, he said it now holds a formidable position and is on track to create monopolies and unfair competition against smaller operatives.

“Fintech has not changed the nature of finance as a risky industry,” he stressed, pointing out that Big Tech is already grabbing a large share of the fintech market.

“Network effects mean that fintech competition often leads to “winner-takes-all” outcomes including market monopolies and unfair competition. Globally, we are already seeing some Big Tech companies using profits from their other businesses to directly subsidise or cross-subsidise to unfairly grab fintech market share. Smaller competitors will be either squeezed out or forced to merge.

According to reports, China has been keeping a close eye on the fintech market since 2017, and globally, they are not alone in their attempts to prevent monopoly takeovers. Between 2017 and 2019, the EU imposed €8.25bn in fines on Google and its 2018 General Data Protection Regulation has also fortified privacy regulations. Recently, US regulators litigated Facebook and Google and are also investigating Amazon and Apple.

He believes that by ensuring fintechs operate under the same regulations as incumbent banks, rather than as IT facilitators of transactions and loans, better market stability would be achieved.

He continued, “China is trying to strike a balance between encouraging fintech development and preventing financial risks via prudent regulation.”

He added, “When we insist on good supervision, equal access and fair competition, fintech will develop in a way that balances capital expansion, innovation and public interests, and develops technology for good. The aim is to align business rules and standards with regulation to fend off arbitrage.”