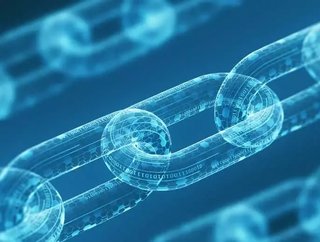 Six blockchain companies made it on to Forbes' recentFinTech 50 List' for 2020. Between them, they have achieved over US$1bn in funding already With th...

Six blockchain companies made it on to Forbes' recent FinTech 50 List' for 2020. Between them, they have achieved over US$1bn in funding already

With the legitimacy of blockchain and cryptocurrencies now widely acknowledged, here are the six world-leading firms in the space, according to Forbes.

Coinbase was created with one simple mission: to create an open financial system for the world controlled neither by company or country, but rather, by everyone. To achieve this, it states, would “bring about more economic freedom, innovation, efficiency, and equality of opportunity in the world”. The company, which aims to be the most trusted and easiest to use, is a digital currency wallet and platform through which merchants and consumers can transact with new digital currencies like Bitcoin, Ethereum and Litecoin.

Ripple lets anyone instantly move money to anywhere in the world - that’s a powerful proposition, particularly when, says Ripple, the underlying systems for global payments are “fragmented and complex”. In short, that means they are costly, unreliable and slow. To change this, Ripple provides users with both a platform and a currency. The former is an open source protocol which is designed to allow fast and cheap transactions using the most advanced blockchain technology available.

Funding: $293mn from Accenture, Andreessen Horowitz, Google Ventures and others

A digital currency that can be used by anyone, anytime and anywhere or, as MakerDAO states, “a better money”. MakerDAO is a decentralised finance platform lets borrowers use volatile cryptocurrency as collateral for loans of stablecoins pegged to the US dollar. The borrower pays interest on the loans, but if the crypto collateral falls too far, it’s sold to pay off the loan. MakeDAO issues Dai, the world’s first stable decentralised digital cash - Dai lives on the blockchain and its value is kept stable relative to the US Dollar via aligned financial incentives.

Fact: MakerDAO is a community project that has already attracted more than 400 outside developers; last year it generated $10mn in interest.

When Axoni was formed in 2013 it had one aim: to overhaul the global capital markets infrastructure. In the seven years since, it has done just that through the use of advanced blockchain technology and collaboration with leading global financial institutions. Axoni’s enterprise software solutions support the integration of its blockchain into these organisations, including the DTCC’s Trade Information Warehouse, which tracks credit derivatives around the globe. As a measure of its status and repute, it’s worth noting that Goldman Sachs, Citigroup and other banks just launched a new Axoni-built infrastructure for conducting equity swaps

Fact: Axoni has deployed its distributed ledger into the world’s most complex asset classes with proven results.

Standing out from others on this list, rather than operate a distributed ledger or blockchain innovation, Chainalysis gives data and analysis on blockchains to government agencies, exchanges and financial institutions across 40 countries. It does this, it says, to “create transparency for a global economy built on blockchains” and to give a common understanding as to how to best use the technology. The company is manned by experts in the analysis of blockchain as well as in areas such as financial crime and, through its activities, helps develop clearer regulation practices, better compliance controls and auditing.

Funding: $45mn from Accel, Benchmark, and others.

Fact: The company’s customers include bitpay, Barclays, Square and the United Nations Office on Drugs and Crime.

Everledger is a technology company that is also driving progress for the environment, communities and businesses. It uses advanced blockchain technology, as well as AI and IoT to track the movement of goods from raw materials source to sales, in order to provide greater clarity and confidence in marketplaces, in line with the growing global focus on sustainability. Everledger digitally streamlines its customers’ compliance processes so that they can share the history of any asset more accurately and efficiently.

Funding: $20mn from Tencent, Graphene, Rakuten and others.