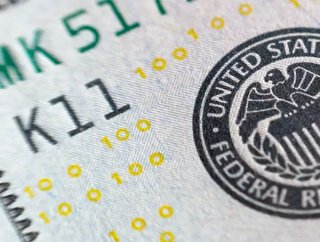 The New York Federal Reserve Bank is partnering with the Innovation Hub of the Bank for International Settlements (BIS) to launch the New York Innovation Centre (NYIC). This initiative will explore the intersection of financial services and technology. The facility is expected to open on 29 November.

What is the New York Federal Reserve Bank?

The NY Fed is one of twelve regional reserve banks to make up America's central banking system known as the Federal Reserve System. It has a vital role to play in the implementation of monetary policy and plays an integral part in economic activities related to payment systems, bank supervision and regulation.

The monetary authority has more than 50 years of experience in financial innovation and technology issues, including its role as administrator of two large-scale information networks (Fedwire Funds Service Network and the Treasury/Federal Reserve Automated Clearing House). The Bank is also working to bring faster payments capabilities to New York City through its participation in the work of the US Treasury Department's Task Force on Faster Payment.

Another interesting fintech development by the Federal Reserve System is the FedNow service, using real-time payments (RTP), which will be implemented in stages and made fully available to the general public in the United States in 2023.

What will be the role of the New York Innovation Centre (NYIC)?

The primary purpose of the New York Innovation Centre (NYIC) will be to collaborate with the Bank for International Settlements' (BIS) Innovation Hub on financial sector innovation issues that are important to the central banking community.

The NYIC will operate out of the New York Fed's 33 Liberty Street location and work with the Federal Reserve System, BIS Innovation Hub Centers, and outside experts to explore the creation of financial technologies to enhance the performance of the global financial system.

The Director of the new facility will be Per von Zelowitz. He has many years of experience working on financial innovation and technology issues. Zelowitz has most recently served as the leader of banking transformation at professional services firm PwC. Prior to that, he was the entrepreneur in residence at Citi, the financial services company. The seasoned fintech executive will be responsible for directing the NYIC's work.

A public event will be hosted on 29 November to commemorate the opening of the NYIC. The event will focus on the advantages of the strategic partnership with BIS, innovation for monetary authorities, and potential new areas for development in the central banking community. At this virtual event, notable speakers will include:

This event will be open to the public. Please visit the event page to sign up.

One of the ideas behind these developments could be to make transactions more secure and efficient for everyone involved, including central banks themselves. As the NY Fed is paving its way in this direction, it also reflects how fintech can improve payments and settlement systems around the world. It could have a positive impact on economic growth.

The changes introduced by financial innovation and technology have significantly improved efficiency, convenience and transparency for central banks worldwide. This new focus on fintech has also allowed them to pursue other objectives such as fostering competition among payment service providers (PSPs), promoting safety and soundness, and optimising the use of resources.

The nature of the financial technologies they will be exploring at the NYIC is yet to be revealed. Still, if trends are to go by, it could be anything from artificial intelligence and machine learning to payments and digital currencies. It is also likely that the focus will be on innovative products and processes rather than the technology itself.

In short, the New York Innovation Centre is undoubtedly welcome news for the fintech community. It will help in exploring financial technologies and their intersection with central banking. This effort is a part of the New York Fed's continued commitment to promoting financial stability through proactive risk management, detailed supervisory work and effective policy development.