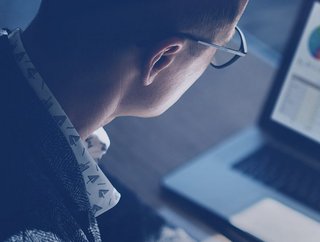 Huawei’s Bill Genovese on the technologies, business models and innovators disrupting banking and why ‘banking as a lifestyle...

Huawei’s Bill Genovese on the technologies, business models and innovators disrupting banking and why ‘banking as a lifestyle’ is the new norm

The digital evolution of the financial services sector is unceasing. The ‘traditional’ banking business model has fundamentally changed, driven by new and innovative technologies, the entry to market of digitally-led and diverse businesses better suited to meeting evolving customer expectations, and the broader rise of the sharing economy spearheaded by the likes of Uber and Alibaba. This is the next generation landscape for financial services - an environment in which banking and finance is no longer about manufacturing and delivering products, but rather, about building a lifestyle.

Such change doesn’t happen in isolation. Indeed, says Huawei’s Bill Genovese, those three key forces mentioned above are changing the future of society more broadly. Genovese, Huawei’s Vice President Corporate Strategy - Banking & Financial Markets, knows the industry like few others. He has more than 25 years’ experience in providing professional solutions to the sector, including consulting, designing and delivering financial, analytical and systems management applications and their underlying infrastructure. At Huawei he leads the corporation’s financial services industry strategy, represents the financial markets industry as the leader in a cross-Huawei Blockchain technology working group, and works on strategies for adoption and convergence of emerging technologies. Prior to Huawei, he is an alumni of both IBM and KPMG, and Wells Fargo (Wachovia Bank).

“The industry has been absolutely disrupted,” he explains. “That transition from a bricks-and-mortar financial services proposition, where banking was traditionally delivered as a product is gone. And what’s really fuelled that is the introduction of other industry verticals into the financial space over the years, like payments, credit and lending, or wealth management, as well as how the large majority of us now interact with digital technologies, and our expectations of those technologies.

“Banking, or financial services, has in my view already moved beyond the omni-channel model typified by plug and play open banking APIs, multiple financial institution relationships and channel agnostic access, to a multi-platform or ubiquitous banking model, in which technology-led experiences offered by large platform providers, BigTechs, fintechs and so on, are driving change,” Genovese says. “There are several significant threats to what would typically be considered traditional banking models, including payment providers like PayPal diversifying their product propositions, digital commerce platforms and tech giants like Google and Apple.”

Elaborating on those three core areas of disruption, Genovese states that technology is changing exponentially at every level, fuelling rapid transformation. He points to several key innovations that are driving next-generation financial services, including IoT, AI, Blockchain, robotic process automation, advanced analytics and smart contracts. However, it is the convergence of these technologies that will be a key differentiator of new financial business models. The leaders using these, says Genovese, aren’t doing so in isolation, but rather they are finding intelligent ways of combining them to deliver a next-generation financial services model faster, cheaper and more in line with consumer expectations and experiences.

“In the past, institutions have made the mistake of not combining those technologies, but investing in them in stovepipes,” he explains. “Three that come to mind are AI, IoT and blockchain, which you can’t really evolve on a singular basis. So, for AI you have to have both structured and unstructured data and a strong understanding of customer analytics, which these new business models in the market have, and more effectively leverage and use in a far greater capacity than incumbents. Effective AI also draws on advanced biometrics and cybersecurity, and technologies like digital wallets are bound to our devices - so you’re storing assets digitally rather than in the traditional bank. The key to everything though is open APIs and secure data exchange or interchange between different platforms. None of this will happen without cloud; cloud technology is the prerequisite for all of these next generation financial services.”

Advances in technology are fuelling greater customer expectations from those services - not just financial - that we use. The rise of the sharing economy and the provision of peer-to-peer services is bypassing the traditional banking model. Companies like Uber, Alibaba/Ant Financial, Tencent/WeChat and Amazon, says Genovese are all examples of large platform providers that are enabling and fuelling these expectations through the application of technologies like AI, payments and blockchain, IoT and Big Data.

“Examples like this demonstrate the new normal that is having access to these digital financial services via your smartphone 24/7,” he adds. “And alongside this you have players moving into the traditional financial services landscape - the first thing that left the bank was payments, for example, and now we’re seeing the same thing with credit and lending, or microfinance. It feeds perfectly our modern consumption needs and the way that, through those raised expectations, we want to deal with our finances: you may need a payday loan, which you can get on your smartphone now, or you deal specifically with robo-advisors through your device, or manage your investments etc. It’s a really different proposition.”

In his latest work about the next generation of financial services, Genovese recognises six prevalent business models that are either already present in the space, or are moving into it:

The most disruptive at present, he says, are those large digital commerce platforms, followed closely by consumer tech giants and other internet players moving into the financial services landscape. “Then you have internet or challenger banks,” he states. “And that’s really a response mechanism from the more traditional side of the industry that’s developing more or less traditional banks, but which aren’t brick and mortar. Where the fintechs come in is nipping at the services that are quickly becoming commoditised. Payments is a great example of that; PayPal is probably the best example of a fintech model that we recognise, and having started out with payments it’s now moving into credit and lending, and other services.”

In the face of these rapidly developing models, says Genovese, legacy institutions and incumbents - notably, last on the list - won’t die. But they must move in the right direction to be successful. “One of the challenges that these proponents of the new business models just don’t have is the legacy technologies and stovepipes that you find at incumbents,” he explains. “Even within the banks, organisationally, they’re not really working effectively across those business silos - so, retail banking doesn’t cooperate with institutional or corporate banking, for example. I’ve worked for clients where they may have three different customer and product definition data points for similar or the same information, and they just don’t cross-sell or leverage that data they have on the customer very effectively.

“Similarly, incumbents and legacy players don’t really have horizontal integration,” he continues. “Typically, they started almost like a manufacturer, whereas to evolve they may have to start booking at distribution to digital channels by other partners or business models and become more of a distribution mechanism and past just being a middleman, to evolving further in the value chain to being an important intermediary. To an extent, we’re already seeing this in different regions of the world - those banks that are a little more digital savvy may start to act like a broker or financial services provider; the leaders are moving more towards becoming marketplace organisations.”

The rise of telcos and the future

Listing those new business models, Genovese notes particular interest in the movement of telcos and other industries into the banking sector. In this particular case, there are noteworthy examples in emerging markets where, he says, people don’t have access to bank branches but new communications infrastructure - 5G, wireless, smartphones and the internet - are rapidly expanding reach and creating opportunities for financial inclusion. “This is evident in Africa, for example, where the unbanked population is high,” he says. “More broadly, the industry’s application and development of digital and mobile technologies like 5G will drive investment, and will allow mobile-only models to really build that side of banking from the ground up.

Of course, financial inclusion goes hand in hand with how we, as consumers, are able to bank at any one time. That prospect has changed for all of us as a result of the global coronavirus pandemic. On this point, Geneoves discusses how the next generation of financial services may evolve in a post-COVID-19 world. “It’s quickening the shift in the direction we’ve been discussing,” he explains. “Right now, I think that whoever has the capacity to do a number of these digital services is going to pull ahead. There’s an interesting school of thought around trust in this shift, though, that finds even though we have access to this myriad of digital service options, many stay with their traditional provider out of fear that the system may get “stretched too thin” or compromised and may go down.”

Looking more broadly, Genovese states that how rapidly this shift in banking models occurs is, to an extent, determined by culture and,very importantly, regulation, which region in the world is being considered. “It fuels different expectations. For example, you have GDPR offsetting with PSD2 in Europe; the market is very different in China as it is in the US with Dodd-Frank, the SEC and other regulations and so forth. For that reason,” he says, “I feel that there’s going to have to be some level of improved open standardisation that works on a global basis. Risk reduction and how we use data will be increasingly important, particular as a result of the shift to remote working, and you’ll likely see a decoupling of technology wherein you could see different countries doing their own thing. Everything happens for a reason and, while we’re in the midst of a terrible situation, it highlights that there has to be improvements digitally and those companies that I have already begun that journey will see the value.”