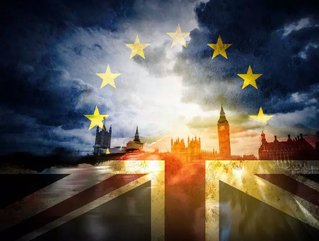 UK Chancellor of the Exchequer Rishi Sunak has set out a new vision for London-based financial services, proclaiming that Brexit is a chance for renewal...

UK Chancellor of the Exchequer Rishi Sunak has set out a new vision for London-based financial services, proclaiming that Brexit is a chance for renewal.

Specifically, Sunak believes that the UK market’s “dynamism, openness and competitiveness” could be significantly improved and unveiled plans for the country’s maiden ‘Sovereign Green Bond’ as evidence of this transformation.

Creating ‘greener’ finance appears to be top of the Government’s agenda, with new measures such as enhanced environmental disclosure standards and ‘green taxonomy’ (a framework for determining the environmental sustainability of certain activities) to be introduced.

“We are starting a new chapter in the history of financial services and renewing the UK’s position as the world’s pre-eminent financial centre,” said Sunak.

“Our plans will ensure the UK moves forward as an open, attractive and well-regulated market, and continues to lead the world in pioneering new technologies and shifting finance towards a net-zero future.”

However, despite the Government’s optimism, trading venues in London have reportedly been gearing up for consequential disruption since at least mid-October.

Measures already taken include the London Stock Exchange planning to open an Amsterdam branch for its Turquoise trading platform and Aquis Exchange making previously London-exclusive stocks available in France for the first time.

The cause for pessimism in the market is due to the lack of a coherent Brexit deal between the UK and the EU, which would be a prerequisite to minimising disruption. The absence of this agreement and the necessary ‘equivalence’ between the two factions has caused some commentators to conclude that London finance will suffer in the fallout.

“There will be no equivalence. People are living in a pipe dream if they think it’s going to happen,” Alasdair Haynes, CEO of Aquis Exchange, told the Financial Times. “People are getting prepared to move business over.”

“We would prefer to have access to a global capital market,” added Edward Monrad, Head of European cash market structure at Optiver. “To some extent, people have a back-up but if you’re going to have a split, it will split liquidity and be bad for investors.”

The messaging, then, appears to be contrasting from the Government’s and the market’s point of view. With some projecting that London could lose as much as €9bn in European stock trades in January 2021, the extent of the short-term damage could be severe.

It appears more likely that any benefits for London’s financial services industry will materialise in the long-term when the initial ‘shock’ of the Brexit transition period’s end has passed.

If the UK can continue to make London an attractive location for investors, it is not unrealistic to expect the return of businesses currently migrating to mainland Europe.