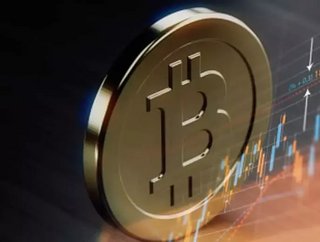 Keld van Schreven is the Co-Founder of London listed digital asset investment company KR1 plc. Here he shares with us his advice on how to build a bette...

Keld van Schreven is the Co-Founder of London listed digital asset investment company KR1 plc. Here he shares with us his advice on how to build a better crypto network.

The crypto business is slowly coming out of the big bear market but nonetheless, exciting new blockchain projects still have fairly good access to capital from hundreds of crypto funds and investors. These projects are being funded by a combination of equity for tokens, pure equity or a token sale via newer Initial Exchange Offerings (IEO) rather than Initial Coin Offerings (ICO). This is mainly due to regulatory fears. The recent Ampleforth (previously called Fragments) IEO on Bitfinex sold out USD$5mn in eleven seconds. IEOs are a more centralised form of an ICO and does not have such borderless and anonymous investment opportunity as an ICO. It also gives a security risk in more hostile regimes as you have to undertake Know Your Customer (KYC) to invest. The dream of crypto is to remove borders and barriers to allow you to become an active participant in these new economic models. This is why the ICO was so successful, an IEO just puts that barrier back up.

Once you have completed your capital raise, you now have the big issue of building your network. In Web 2.0 terms this is called ‘Customer Acquisition’ and is possibly the biggest challenge for teams to overcome. Blockchain companies are in effect network companies relying, rather like social media projects, in an active network of evangelists, users, developers and investors as their customers. Blockchain projects usually have a token attached and this token needs to be in the right hands. As these networks are decentralised, projects need quality teams or individuals running nodes or adding to the open source software code. They will run transactions and operate the network with a founding team who act as part of the project advisory team. ICOs tended to put the token in the hands of people who wanted a quick buck and move on. There was no loyalty or interest in the longer term vision of the projects and few of these people wanted to write code or run nodes.

So token distribution is key. How do you get the token into these people's hands who will write code and run nodes?

Airdrops were tried on Ethereum projects but the idea of receiving something for free devalued it. We all got ‘spam tokens’ in our wallets which would just be sold instantly. You didn't have to do anything for it or pay for it and they are a bit like junk mail, you didn't ask for it and it's there in your wallet. With airdrops failing there is a need for new token distribution models.

Restriction is a great engine of invention. You want to keep it borderless and permissionless, keeping KYC out, and you want the right people. So how do you achieve this?
One project trying a new way is called Edgware. It has pioneered what is called a Lockdrop. Edgware is also the first project to go decloak on the eagerly anticipated Polkadot blockchain later this year. The distribution mechanism being tried is sending Ether tokens from the Ethereum blockchain to a contract address so it's ‘locked’. In return you receive Edgeware tokens in a specified time lock either three, six or twelve months. Or you can just 'signal' your interest by logging your Ether address and not sending the Ether tokens. In return you will get a lower reward of Edgeware tokens than sending them.

What's the value in that you say? Edgware have already raised money through a traditional equity route, so these tokens are all about distribution. All projects like Edgeware want a good distribution of tokens to a quality cross section of code writers and node runners and evangelists. Why could this work?

A lockdrop is like a loan you get paid back. You get the extra tokens and it has the anonymous element of an ICO (which worked so well). So, once you have locked your Ethereum, you are in the community.

So far, at the time of writing, over one hundred and thirty million dollars worth of Ether had been committed to the Edgware Lockdrop. This is way more than expected, so it's been a huge success. There are several clever ideas at play here. One is, it gets Ethereum token holders onto another blockchain and locks them in. Once Polkadot launches, Edgeware will be a smart contract platform competing with Ethereum. A new blockchain with a new distribution experiment. This is clever distribution and it will be fascinating to see how this plays out.

Another new project trying another method is called Nuchypher and their distribution method is called the ‘WorkLock’. A WorkLock is where you send Ether to an escrow account and if you perform useful tasks in the network you get NuCypher tokens, on top of your original Ether tokens back after a certain time period. If you perform no useful task in the network you get your NuCypher tokens but not your original Ether tokens back. This encourages the right type of code being written and node runners who help build the network and as a result, discourages speculators. In NuCypher own words ‘participants don’t purchase tokens and no entity receives funding, there is no investment of money.’ No fear of the regulators here. This again seems a great reinvention of the ICO with, we hope for a better outcome.

So, if you are building a network company on the blockchain you can experiment with some of these novel new distribution models alongside your funding round and network build.