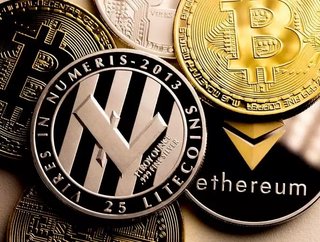 Multinational investment bank JPMorgan Chase has announced today (14 February) plans to roll out its own cryptocurrency, JPM Coin, to instantly settle payments between clients, according to a CNBC report.

This is the first cryptocurrency to be backed by a US lending house. JP Morgan, which oversees the movement of more than US$6trn each year, will initially use JPM Coin for a ‘tiny fraction’ of its transactions.

This move by the bank represents a dramatic about-face in contrast to its position even a year ago. In 2018, JPMorgan banned the purchase of Bitcoin by its credit card customers, shunning the blockchain technology based cryptocurrency as being ‘too risky’. When the first international payments are made using the coin, it will represent one of the banking industry’s first practical applications for a cryptocurrency.

Speaking to CNBC, JPMorgan's head of blockchain projects Umar Farooq said: "Anything that currently exists in the world, as that moves onto the blockchain, this would be the payment leg for that transaction.The applications are frankly quite endless; anything where you have a distributed ledger which involves corporations or institutions can use this."

Primarily, the cryptocurrency will be used to replace decade-old services like Swift when processing international payments between large corporations, as well as securities transactions and to provide treasury services to the world’s largest corporations.

Farooq added: "Money sloshes back and forth all over the world in a large enterprise. Is there a way to ensure that a subsidiary can represent cash on the balance sheet without having to actually wire it to the unit? That way, they can consolidate their money and probably get better rates for it."

JP Morgan backs 80% of the companies listen on the Fortune 500 list, and believes that this strong market presence, in combination with its first-mover status in the field of blockchain, will result in competitive advantage.

Farooq added: "Pretty much every big corporation is our client, and most of the major banks in the world are, too. Even if this was limited to JPM clients at the institutional level, it shouldn't hold us back."