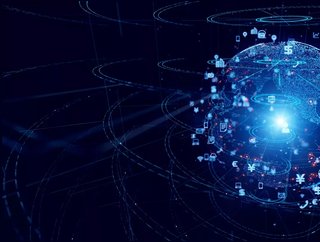 The FinTech sector has attracted record levels of investment this year, according to KPMG’s Pulse of Fintech, a bi-annual report on fintech investment trends.

The report, which looks at fintech investment trends, found that overall global fintech funding across M&A, PE, and VC deals soared to a new high in H1’21, increasing from US$87.1 billion in H2’20 to US$98 billion in H1’21. It was also found that cash reserves, hub and sub-sector diversification and strong levels of activity throughout the world contributed to the performance.

Fintech valuations remained very high in H1’21 and drove the creation of 163 startups with $1 billion or more in value, or unicorns, in the first half. Corporates were particularly active in venture deals, participating in close to $21 billion in investment over nearly 600 deals globally, with many realising it’s quicker to do so by partnering with, investing in, or acquiring fintechs.

“Overall investment in fintech surged to a record high in the first half of 2021 as investors, particularly corporates and VC investors, made big bets on market leaders in numerous jurisdictions and across almost all subsectors,” said Ian Pollari, KPMG’s Global Fintech Co-Lead. “Large funding rounds, high valuations and successful exits underscore the thesis that digital engagement of customers that accelerated during the pandemic is here to stay.”

As there is a rise in digital transactions, which has led to an increase in cyberattacks and ransomware, cybersecurity solutions will likely also be high on the radar of investors.

“Fintech is an incredibly hot area of investment right now—and that’s not expected to change anytime soon given the increasing number of fintech hubs attracting investments and growing deal sizes and valuations,” said Anton Ruddenklau, KPMG’s Global Fintech Co-Lead. “As we head into H2’21, we anticipate more consolidation will occur, particularly in mature fintech areas as fintechs look to become the dominant market player either regionally or globally.”