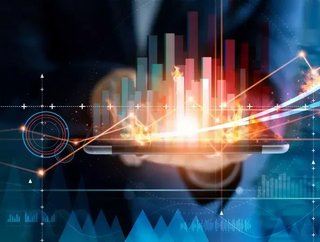 A Detroit-based bank has launched a series of digital solutions and products to attract younger customers...

A Detroit-based bank has launched a series of digital solutions and products to attract younger customers.

Finastra is partnering with First Independence Bank, providing its Fusion Phoenix Core Fusion Digital Banking, Fusion DepositPro and Fusion TotalTransact, along with other solutions, to offer customers a well-rounded package of products.

First Independence Bank was founded in 1970 and is famous for being the seventh-largest African American owned banking institution in the United States, and one of only two banks headquartered in the City of Detroit. It has heavily invested in local community projects and sees this move as a solution to members of the population who have not been served well enough by traditional banking products.

She explained the development was part of the ongoing redevelopment of Detroit, which has suffered a catastrophic socio-economic downturn following the collapse of the local motor industry. “As Detroit continues to undergo a true renaissance, we recognise the need to offer modern banking services to appeal to an evolving demographic that is shifting increasingly younger,” said Zuchelkowski.

“By offering our account holders a single, seamless, and easy-to-use banking experience we will better serve our existing customer base while appealing to that more technologically-driven demographic.”

She went on to say that the importance of the digital channel became even more apparent following the COVID-19 pandemic. The comprehensive, cloud-based platform is built on Microsoft technology, resulting in an intuitive user interface and easy access to data and reports.

Chris Zingo, SVP and GM of Americas Field Operations, Finastra, said, “Finastra believes that financial institutions and technology vendors have a responsibility to redefine finance for good, and we are always excited to work with banks that share our passion.”

He added; “First Independence Bank had a clear vision for the type of service it needed to provide in order to exceed the expectations of its customers and best serve its local community. We were able to work closely to help make this vision a reality by creating a suite of solutions – from core and digital to account opening, bill payment and more – to deliver a flexible, robust and fully integrated set of banking capabilities. This not only met the bank’s specific needs and budget requirements, but it also promises to drive a strong return on investment and an enhanced customer experience.”