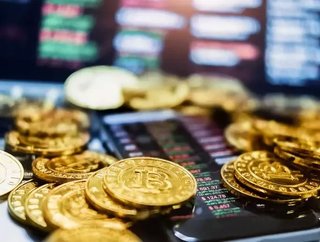 We offer a breakdown of what Project Libra means for payments and cryptocurrency worldwide, with insight from CREALOGIX, BOLT.Global and CoinMetro. To...

We offer a breakdown of what Project Libra means for payments and cryptocurrency worldwide, with insight from CREALOGIX, BOLT.Global and CoinMetro.

Today, Facebook has released long awaited information on Project Libra, its new digital coin initiative. The project and its codename have garnered significant interest over recent months, but it has only just been announced that Libra will be the name of the digital currency.

The currency will not launch until 2020, so technology businesses and consumers alike will have to wait for more information to be revealed, but Facebook did release enough to pique the interest of everyone from finance giants to blockchain experts.

True to the nature of fintech, the Libra Coin aims to connect people who do not have access to traditional banking – people will be able to make payments across borders via Facebook-owned apps such as Messenger and WhatsApp, with Uber and Visa named as potential acceptors of the currency.

It’s also a way for Facebook to diversify its revenue streams: at present the vast majority of sales come from advertising but with 2.4bn active monthly users there’s huge potential to convert these into users of the payment platform too.

While some have speculated that Libra is set to rival Bitcoin, it’s not quite the same thing: while it is a digital token and does use blockchain technology, the currency is backed by real assets so is unlikely to experience the astronomical surges seen with the popular cryptocurrency.

Even today Bitcoin has seen surges in its value despite interest appearing to have waned since 2017. “Bitcoin has surpassed $9,195 – a record high since May 2018, reacting to reports of Facebook’s plans to unveil a digital currency,” commented Christel Queck, Chief Commercial Officer and Co-Founder of BOLT.Global. “Investors are scrambling back into crypto assets such as Bitcoin and other alternative tokens, over optimism that they are becoming widely accepted and adopted by mainstream entities. Facebook’s entry into the crypto space perhaps signifies the biggest network potential for digital currencies, capable of reaching into billions, and therefore indicates an upcoming shift in mainstream finance.”

Libra coins are stored in a digital wallet called Calibra, and Facebook aims to make senging money “as easy as texting” – a boon for both emerging markets and more developed countries like the US which still don’t seem to have cracked frictionless payments on a nationwide scale.

“In time, we hope to offer additional services for people and businesses, such as paying bills with the push of a button, buying a cup of coffee with the scan of a code, or riding your local public transit without needing to carry cash or a metro pass,” Facebook stated.

As it prepares to launch the coin, it has established an independent non-profit made up of 28 companies which each have to pay £8mn to be a founding member. Libra Association aims to create a simple global currency and financial infrastructure. Currently, members include Uber and Spotify.

In announcing its relationship with Project Libra, Spotify’s Chief Premium Business Officer Alex Norström said: “One challenge for Spotify and its users around the world has been the lack of easily accessible payment systems – especially for those in financially underserved markets. This creates an enormous barrier to the bonds we work to foster between creators and their fans. In joining the Libra Association, there is an opportunity to better reach Spotify’s total addressable market, eliminate friction and enable payments in mass scale.” The group hopes to empower those who are financially underserved around the world, the company added.

While Bitcoin will likely continue to benefit from more mainstream adoption of digital currencies, Kevin Murcko, CEO of crypto exchange CoinMetro, argued as the two currencies are so different, it won’t have a huge impact on value. “I would assume that the use of Libra Coin on WhatsApp, Facebook and Instagram will be purely for remittance and peer-to-peer payments. It will underpin click-commerce integrated into the platforms, whereby users can read an article or post about a product and pay for it in Libra immediately,” said Murcko.

“With this in mind, I believe that Libra Coin’s effect on Bitcoin and its price will be negligible, as Bitcoin isn’t a remittance vehicle. Bitcoin still hasn’t proven its use case, other than the fact that it’s the most liquid crypto asset on the market. Libra is more likely to affect crypto such as Ripple and Stellar, as these are the cryptos that are more focussed on the payments and remittance market.

“Ultimately, the key differentiating factor will be whether Libra Coin remains a way for Facebook to internally monetise its infrastructure without having to rely on payments partners, as it has done in the past, or whether it is made externally available and tradeable on exchanges. If the Libra can be exchanged freely with other crypto assets, then that can only be good for the market because it will bring Facebook’s whole user base to the crypto world and make crypto more mainstream. However, if it remains as an internal payments system, then the crypto world will continue as it always has.”

Jo Howes, Commercial Director at digital banking software provider CREALOGIX, sees the backing of cryptocurrency by such a large company as a positive for all of the blockchain-based coins. “While many in the industry played down the significance of cryptocurrencies since the bursting of the most recent speculative bubble, we have seen several of the larger financial institutions – such as Goldman Sachs, Morgan Stanley and JPMorgan – explore seriously how they might offer cryptocurrency services to their clients. Now tech giants are getting on board and this new mainstream deployment from Facebook will bring the conversation straight back to the top of the agenda for the financial industry,” she commented.

“CREALOGIX research found that digital currencies are more popular amongst younger generations with 1 in 4 under 35s having experience with digital currencies, versus just 4.5 per cent of over 45s. This illustrates the changing requirements of younger customers when it comes to their banking and payments solutions. Facebook is tapping into that interest, and Libra could have the mass adoption behind it to normalise cryptocurrency payments in daily life. We predict more general adoption happening soon in banking and payments.

“The ultimate aim for Libra will be to make moving money more convenient and cheaper for users. This serves as a further competitive challenge for mainstream financial institutions – reminding them that they need to bring digital banking and payments innovations to market rapidly if they want to keep their user base engaged.”