Blockchain's impact on incumbents: a blessing or a curse? 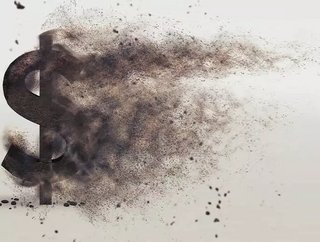 Igor Pejic, Head of Marketing at BNP Paribas PF AT and author of the recently published Blockchain Babel, explains how the technology can work with fina...

Igor Pejic, Head of Marketing at BNP Paribas PF AT and author of the recently published Blockchain Babel, explains how the technology can work with financial institutions rather than replacing them.

Most of the time novelties are introduced by incumbents; less frequently, entrepreneurs working by themselves come up with a technological breakthrough. Bitcoin was completely different. In a concise, mysterious paper from 2009 the world’s first real cryptocurrency was presented for the first time. The author of the paper was Satoshi Nakamoto. Despite vivid speculation to this day, nobody knows the real identity behind this pseudonym. It is not even known whether it is one person or a group of people who wrote the paper. There was also no company behind it, no classic business case as you would expect. The motivation behind the world’s first real cryptocurrency was ideological, rather than monetary. The idea was to create an alternative financial system and to get rid of banks and any other incumbent financial institution. 10 years later we have come a long way from that idea – technologically as well as ideologically.

Though not supported by any official corporation or institution, the idea spread quickly, especially since it fell on fertile ground. The post-financial crisis anti-banking sentiment helped the message blossom quickly. People around the globe started to send money directly via the bitcoin protocol. Later, bitcoin alternatives, called altcoins, became available too and competed with the pioneer. Soon the frenzy reached the broader public and the discussion fell prey to very pertinacious myths. The first was the equation of bitcoin and the blockchain, which is the mechanism in the background that enabled crypto-transactions in the first place. To this day, hardly any discussion around blockchain can do without mentioning bitcoin, even if only to explain what it is.

Another major myth was that cryptocurrencies represent the end of banking – that they will make any kind of trusted institutions obselete. While the blockchain mechanism indeed fells intermediaries, it cannot obliterate all institutions managing money and its movement. At the very least you need somebody to guard your data offline, i.e. when they are not in a transaction. In the cryptocurrency world this is usually done by exchanges – that is, unless you want to store seemingly endless alphanumeric sequences in a paper wallet. But those institutions have been hacked in the past and unlike with licensed banks, users are not guaranteed they will see their possessions ever again.

This shows that while the process can be streamlined, the endpoints will still need institutions of trust. These endpoints are currently occupied by banks. Hence it is no surprise that rather than fretting about it, bankers are embracing blockchain technology. Earlier this year 90% of finance executives said it will have a positive effect on the payments industry.

The payments space is by far not the only application field for blockchain in finance. Loan issuance, trade finance, the issuance and management of securities, and raising venture capital are just some of the most prominent areas to be streamlined by blockchain. The messier and more labyrinthine the current processes, the larger the benefits. With syndicated loans, for example, it is tricky to keep track of who owes what to whom. Thanks to a unified ledger, it is not necessary any more to keep multiple databases in unison.

In order to harness the blockchain for their core business, banks have been developing and adapting the technology so much that cryptocurrency enthusiasts consider what has been developed as rather blockchain inspired applications. In a first step banks have separated the currency idea from the mechanism in the background. They had realised that having a currency that is not linked to an economy and not managed by a national bank implies multiple serious problems: above all, the high fluctuations in the exchange rate. Using the blockchain to underpin fiat currencies is a silver bullet solution to many problems. Then banks moved to more centralised models, which today are increasingly named Distributed Ledger Technology (DLT). Most recently we have another major change in the setup, namely interledger technology that simply uses some principles of the blockchain. Ripple’s xCurrent ledger technology is a prime example, on which many banks rely for cross border transactions. Estimates of the potential operational savings are said to be around US$20bn annually, starting from 2022.

It is not all that easy, however. While for most areas of finance the blockchain is clearly a blessing, there is one front that will crumble: payments. Facilitating the movement of money does not require a license, yet at the same time the blockchain lowers the entry barrier. New entrants no longer need to build a global network of intermediaries and partners, but can move money with using one of the exiting blockchain protocols. Various offers of Blockchain-as-a-Service (BaaS) even enable smaller players to profit from the technology without the excessive significant investment that goes into building an application from scratch. Instead, they can rent it from one of the large tech companies.

For banks, the blockchain idea has evolved from representing an alternative financial system to enhancing the current one. This journey from threat to tool is typical for much of groundbreaking innovation, yet which incumbents will ride the wave of success will be determined by who understands the new competition and the new arenas of competition. Above all, they must understand the fatal consequences of losing grip of the payments realm.