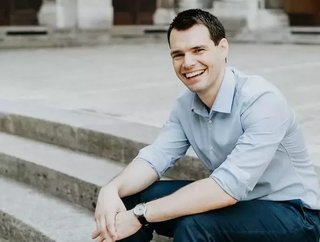 Igor Pejic, Head of Marketing at BNP Paribas PF AT and author of the upcoming book Blockchain Babel, explains how regulation can help cryptocurrency thr...

Igor Pejic, Head of Marketing at BNP Paribas PF AT and author of the upcoming book Blockchain Babel, explains how regulation can help cryptocurrency thrive.

The first real cryptocurrencies were designed to bypass the traditional banking system. Bitcoin was named digital gold, and just like real gold or cash it was supposed to keep its users hidden behind pseudonyms. To this day, nobody knows the identity of its founder(s), nor the ultimate motives, but as cryptocurrencies reached the mainstream many voices started crying out for better regulation of this mysterious way of moving money.

The arguments of the skeptical voices seemed to be straightforward. Bitcoin enabled money laundering and tax evasion. Billions of dollars’ worth of cryptocurrency was channeled outside the financial system, much of it used to finance terrorism and other illicit transactions. This became painfully clear in the spectacular crackdown of the infamous darknet market Silk Road. When its founder Ross William Ulbricht was seized by the FBI in 2013, the public learned he had trafficked weapons, drugs and child pornography worth US$200mn via the bitcoin network. So why are we still discussing the need for regulation?

The downsides of licenses

In 2015 the State of New York mandated that every company involved in handling transactions of virtual currencies had to obtain a BitLicense. To obtain such a license, companies had to follow a set of complex rules that included capital requirements, adherence to anti-money-laundering measures, regular audits and prior approval of changes to their products.

Yet the approach backfired. Instead of being a type of bank license that ensured end-customers enjoyed the same governmental protection as with fiat currencies, it deterred crypto startups from doing business in New York. The heavy requirements skewed the changes towards bigger companies that were able to leverage their existing infrastructure, financial resources, and compliance know-how. Ergo, instead of attracting brainy entrepreneurs to the Big Apple, a mass-exodus of blockchain startups was triggered. Three years after the introduction, a whacking four companies had obtained the license, and only five have been rejected.

The lesson of the BitLicense is that too tight regulation might suffocate innovation – a crucial concern for a nascent technology. Yet a complete Wild West approach will also hamper a wide adoption of crypto-currencies and its underlying technology the blockchain. Having regulators’ checks and warranties gives investors and users a peace of mind. Anybody who has entrusted their wealth to a crypto-exchange will understand. If crypto-assets were protected by a banking license rather than often amateurish storage of user data, people would flock in to invest in this new asset type.  The same is true for investors in blockchain companies and issuers of cryptocurrencies.

If states totally ignore the new technology, eventually a systemic threat can ensue, eventually resulting in a massive regulatory clampdown after all. Such was the case with China in 2017. Financial speculation in the market had become a liability; some traders were even betting against the Yuan. Therefore, the government banned Initial Coin Offerings (the crypto version of IPOs), declared bitcoin transactions illegal, shut down bitcoin exchanges, and blocked its citizens from using foreign cryptocurrency exchanges. China’s Great Firewall blocked not only commercial, but also peer-to-peer trades.

This lingering uncertainty is one of the worst strains on the mass-adoption of cryptocurrencies. States must restrain from disproportional intervention into the private sector, but they have to set a reliable frame. That the potential of the technology will be unlocked only in a more regulated environment is shown by today’s most promising applications. In February JP Morgan Chase made headlines announcing it will introduce the JPM Coin, its own crypto-token. The JPM Coin is not a full-fledged cryptocurrency as it is pegged to the dollar and only institutions who have passed JP Morgan’s KYC (Know-Your-Customer)-check can use this centralized stablecoin.

JP Morgan leverages the new technology, but by proving to its users the adherence to the same security standards and mechanism as with “real” money, it ensures market acceptance.

Blockchain Babel is set to be published 3 March 2019.