The Big Question: How should FSIs reprioritise compliance? 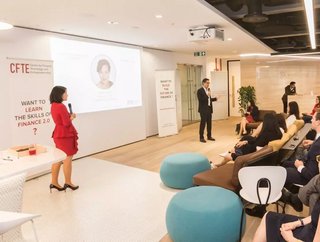 In our May 2021 edition, we created a timeline of Greensill’s journey towards insolvency and its ultimate downfall. The event was a highly costly and devastating blow for the organisations connected to it and none more so than Credit Suisse, which subsequently found itself embroiled in the collapse of Archegos Capital Management shortly after.

Helping FinTech Magazine answer this question is Huy Nguyen Trieu, Co-Founder of the Centre for Finance, Technology and Entrepreneurship (CFTE). Currently one of the largest knowledge platforms in fintech today, CFTE is dedicated to exploring how technology could help reshape finance. So far, over 100,000 professionals have taken courses tackling industry ‘mega trends’ like blockchain, machine learning, Big Data, and more.

Calling its courses "an education designed for the industry, by the industry," CFTE currently offers the following courses:

Professionals can also access free masterclasses in fintech, AI, and platforms, as well as register for upcoming online courses.

Trieu describes himself as “an entrepreneur turned banker turned entrepreneur.” Some of his previous roles include executive positions at Societe Generale CIB and Citi, fellowships at Imperial Business School and the University of Oxford’s Saïd Business School, as well as numerous mentorship, advisory, and industry committee roles.

“I have co-designed some of the largest fintech programmes in the world at Oxford’s Saïd Business School, Hong Kong University, and of course CFTE,” he says. “My role is to help the finance industry acquire the right skills in a world which is increasingly tech-driven.”

The Big Question: How should FSIs reprioritise compliance?

FM: Recent events, such as those concerning Credit Suisse, have emphasised that focusing on compliance should be a high priority in finance. What objectives must a fully-developed compliance strategy include?

HNT: Compliance has always been a high priority in finance, and even more so after the 2008 subprime crisis. Banks spend around US$200bn on compliance per year, and tens of thousands of compliance officers were hired since 2008, so this focus is nothing new.

However, the biggest problem for Credit Suisse was less an issue of compliance (as in regulatory compliance or ‘tick the box’ exercises), but rather one of culture and risk management. All of this is linked, but it’s very easy for a bank to say, “This has passed compliance standards and adheres to internal processes,” while the risk is clearly still there.

In the case of Credit Suisse and Greensill, it was about concentration risk, which any risk manager should have recognised at that level. A culture of putting profits first made it difficult to highlight these risks. Therefore, integrating compliance together with culture is absolutely key.

FM: Which factors are causing compliance to be an issue, and how can they be resolved?

The prevailing culture today, as I indicated, is that compliance should be considered a support function, a ‘tick the box’ exercise, whereas it should be part of the decision-making process.

Knowledge is the other big issue. In a digital world, compliance can’t be manually driven and therefore has to be digital. However, most compliance officers are not tech-savvy. As such, bridging the knowledge gap and getting compliance officers to understand more about technology, as well as getting the organisation to try new tools, would be key.

FM: To what extent can developments in automation and data analytics facilitate greater adherence to financial regulations?

HNT: Greensill had a huge concentration risk that was made worse because a lot of the borrowers were related parties. Using artificial intelligence and network analysis could have identified that all these parties were related.

Automation and analytics could also enable banks to have a real-time view of their risks and metrics and exchange information in real-time with regulators. At this current moment, neither of these things are happening.

FM: Will FSIs need to restructure in order to cope with the evolution of regulations?

HNT: I don’t think they will need to restructure but rather evolve and educate their organisations. Knowledge of compliance and financial transactions is already ingrained in them. However, the same cannot generally be said about technology. Therefore, upskilling the organisation in this area will be important.

FM: Regarding compliance, is there anything that’s not receiving much industry attention that you’d like to highlight?

HNT: Most people are unaware of new risks. Compliance, for example, would be around Know Your Customer (KYC), Anti Money Laundering (AML), etc., but what about the rise of cryptocurrencies? How do you identify the beneficial owner? What’s the risk of identity theft on a large scale?

Digital introduces a lot of new areas that are in the realm of ‘unknown unknowns,’ so it’s important for the industry to move quickly to ‘known unknowns’ and then finally ‘known knowns’ in the field of compliance