Andersen Tax LLP on blockchain and the financial services 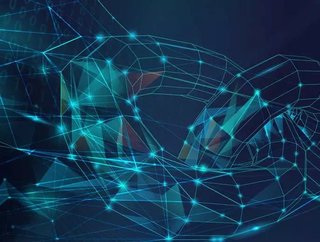 Business 5.0 expert John Straw recently suggested that the emergence of blockchain would render the City of London irrelevant. Zoe Wyatt, Partner at An...

Business 5.0 expert John Straw recently suggested that the emergence of blockchain would render the City of London irrelevant.

Blockchain could render the financial services industry irrelevant, killing off the City of London and constricting the tax revenues that fund the NHS. These striking claims were recently made by disruptive technology expert, John Straw. He is not the first to predict that the rise of blockchain and artificial intelligence (AI) technologies could spell doom for the financial services sector. Yet do these headline-grabbing claims have any real substance?

Around US$12.4bn is expected to be spent on blockchain technologies globally by 2022. The Global Blockchain Council submitted a draft Blockchain Bill of Rights to the World Economic Forum meeting in Davos this year. Facebook has announced plans for its own blockchain cryptocurrency and the technology has been invested in by major corporation and central banks. Yet, despite the hype, we are still waiting for blockchain to have a real impact on the financial services industry.

The widespread deployment of blockchain is certainly hampered by technical issues in terms of scalability, transaction speed, and energy consumption. However, these are likely to be resolved in the near future.  Although blockchain has long been seen as the next big thing, many are still asking, what exactly is it?

Blockchain is the technology that underpins cryptocurrencies, such as Bitcoin. In simple terms, blockchain is a digital archive of information pertaining to an asset, individual or organisation. Yet it is no ordinary digital ledger.  Its technology can validate data entered on the blockchain. That data cannot be deleted or altered. Instead, new blocks of data are added sequentially and chained to the last block. The story which the data tells can be added to, but its past cannot be modified.

Multiple parties must consent on a pre-defined basis to the validity of any new additions to the blockchain. Copies of the data, in encrypted form, are stored on a number of computer systems participating in a blockchain network.

While a malicious attack on a specific computer in a blockchain network is possible, other participants in the network would be alerted as to any attempts to change the data without the proper consents, and the true blockchain could be restored. In this sense, the blockchain is immutable, secure and, by its very nature, it provides an accessible audit trail.

Companies are developing ways to store blockchain “off-chain”, without undermining the security through cryptography, quantum randomness, AI and other technologies. This means blockchains won’t need to be downloaded entirely to verify a transaction and smaller idle computers (e.g. in cars, mobile phones) can be used as nodes (i.e. a device or data point on a blockchain network) for verifying transactions. The characteristics of blockchain therefore diminish the role of the intermediaries traditionally used to validate data and ensure its security.

Blockchain technology could be deployed by the financial services sector to:

Clearly, many ancillary functions in financial services may be impacted by blockchain. Yet while blockchain technology has the potential to radically change the traditional banking system, it does not necessarily represent disaster for it. Investment strategies and trades may well be increasingly automated, by the use of self-executing smart contracts, for example. However, while certain functions such as trading, compliance, audit and clearing may be impacted, the actual investment decision making is likely to continue to rely on human intelligence, albeit increasingly informed by data and analysis powered by AI.

Blockchain can also help to resolve important tax evasion and avoidance issues. HM Treasury has already developed a proof of concept for VAT using blockchain technology. This should eliminate large swathes of VAT fraud. Given the advent of the tightening of digital identity, security and anti-money laundering requirements, blockchain in tandem with a widely adopted digital currency, could leave tax evaders with nowhere to hide.

Blockchain and smart contracts have the capacity to completely transform the audit and tax industries, including companies’ in-house finance functions. The automated preparation of accounts and tax returns, and the performance of audits by AI could become the norm. This would facilitate absolute tax transparency, making it easier for tax authorities to resolve issues relating to transfer pricing on intra-group transactions, for example. However, the tax and regulatory systems may need to evolve rapidly to keep pace with technological change.

The potential benefits of blockchain and AI are astonishing. However, some technical and regulatory obstacles must yet be overcome. The seamless interoperability of different technologies is required to facilitate the cooperation between multiple parties, instead of them relying upon a single banking system. New technical and regulatory systems will be required to manage the risks associated with these new technologies. However, given the scale of the investment predicted in these areas, we can expect solutions to be found, and these technologies to be deployed ever more widely in the coming years.