Why ‘Pay Now, Buy Later’ makes more sense than ever

By Günther Vogelpoel
May 31, 2022
undefined mins 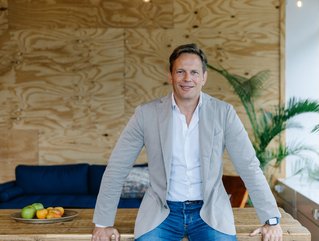 Günther Vogelpoel, CEO of Recharge.com discusses the impact of global inflation and the cost of living crisis on the customer in relation to PNBL services

While it was historically known as a niche form of credit, Buy Now, Pay Later (BNPL) not only entered the mainstream but exploded in popularity during the pandemic. Klarna now has 16 million users in the UK, and the BNPL market more than trebled over 2020. In the USA, 36% of Gen Z consumers use BNPL services, while in some European countries, BNPL services had a market share of around ten times higher than other global e-commerce payment methods.

The total number of BNPL eCommerce transactions is predicted to reach $680 billion in the next few years. This skyrocketing and unregulated growth has also come with new worries and moral questions around whether the proliferation of such services helps or harms consumers’ financial lives – and now, their credit scores.

These debates have become more urgent as, from the start of June, Klarna will begin to share data on whether UK residents paid off an instalment loan promptly or not to credit reference agencies (CRAs) TransUnion and Experian. While UK consumer credit scores will not be impacted until further updates to the CRAs’ scoring mechanisms, this is likely to happen later this year.

This new development could work against consumers if they default on their payments, and many are doing just that. Some negative financial habits are developing, with one study showing that 34% of BNPL users reported missing one or more repayments, which will undoubtedly harm credit scores in the future.

Credit scores and the cost of living crisis

Credit scores are crucial when making major purchases like a home or a car since a high credit score can facilitate the best interest rates. Those with the best credit scores typically secure the lowest available interest rates. While the difference in a rate can seem minimal upon face value, it can add up to significant savings over time.

All of this is even more important during the cost-of-living crunch right now, with rising inflation costs and planned tax increases, which will make it even harder for people to make payments. The crux of the matter is that BNPL services are overly accessible, heavily promoted, and a dangerously easy way for people to start sliding into debt. It only takes two clicks to enter a credit agreement that many users do not take the time to understand fully.

Repayment periods tend to be much quicker than a credit card, typically around six weeks. If repayments are missed, fees can ensue, which can pile up over time and mount up until debt collection agencies get involved. Last year, UK shoppers accumulated more than £4.1 billion of outstanding debt due to BNPL. Furthermore, approximately 7.7 million Britons have racked up “significant” outstanding balances with BNPL companies with a debt of on average £538 for each user.

Budgeting  and low-interest services for customers

Budgeting and financial literacy have never been more crucial, along with the Pay Now, Buy Later (PNBL) trend. This is exactly as it sounds: there are upfront prepaid payments so consumers can buy a product or asset in the future. PNBL increases the amount of control people have over their money management and gives much more financial visibility by indicating exactly how much they are earning and spending each month.

While PNBL services do not get as much airtime as BNPL, it is likely because it is a sensible (and less debatable) approach to personal money management. It means that customers operate in the reality of how much they can pay instead of a glamorous alternative reality of endless imaginary credit. Ultimately, it helps them build a much more solid foundation for themselves and their credit scores in the decades to come.

About the author: Günther Vogelpoel is the CEO of Recharge.com, a digital payments fintech that specialises in Pay Now Buy Later services in a new trend that aims to put customers back in charge of their credit.