Post-COVID America is warming to crypto 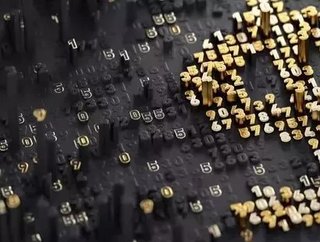 Katharine Wooller, MD, Dacxi, shares insights into how perceptions of cryptocurrency is shifting in the States - and why it matters...

Katharine Wooller, MD, Dacxi, a cryptocurrency fintech platform for the retail market, shares insights into how perceptions of cryptocurrency is shifting in the States - and why it matters

The United States has the largest economy by GDP in the world, and thus all other countries’ economic health are affected by the pull of its gravity. Indeed, it has long been said that when America, financially, gets the sniffles, the hold world braces to catch a heavy cold.

Traditionally slow to adapt, in no small part due to a draconian regulatory body, piecemeal announcements over late summer and early autumn would suggest change is afoot. As an economic behemoth, it would be fair to assume the rest of the world will follow America’s lead.

Recent changes are illuminating, and it well worth considering the sum of their parts, which would suggest the US attitude to crypto’s place in global financial infrastructure is thawing.

The U.S. Securities and Exchange Commission (SEC) has made recent, fundamental changes which have far reaching implications.  In late August it was announced that the New York Stock Exchange (NYSE) will be able to raise capital without the expense of an IPO via a Primary Direct Floor Listing, concluding that sufficient investor protections are in place. Further, the rules for accredited investors have been tweaked, thus expanding the pool of retail investors who can invest in private securities, if they can show “knowledge and expertise”.

While Commissioner Hester Peirce describes the move as “cautious”, the sum of these two changes is the acknowledgement that there is an ecosystem of private investors seeking returns in early stage start-ups, who in turn desperately need access to capital. Too long this has been the monopoly of hedge funds and venture capitalists. It can be argued, that the logical progression is that the heir apparent for tokenising businesses must be crypto. Indeed, it is interesting to note that INX Ltd is imminently looking to launch the first ever security token offering (STO) registered with the SEC, and thus legally marketable to mom-and-pop investors.

Even the highest echelons of US financial system seem to be considering how crypto may fit into the post-Covid reality. In late June the US Senate held a hearing on The Digitization of Money and Payments, with witnesses including former Commodity Futures Trading Commission (CFTC) Chair J. Christopher Giancarlo discussing a tokenised version of the dollar, who has long argued for future-proofing the currency.

He is quoted as saying: “The Digital Dollar Project believes the opportunity is at hand not just to imagine such an ecosystem, but to actually build it.” Interestingly, included on the invitee list was Charles Cascarilla, CEO of Paxos, a regulated crypto coin collateralised by the U.S. dollar, suggesting a focus around central bank digital currencies and stable coins. The acknowledgement of the application of crypto from arguably the most powerful central bank in the world,  is no small triumph for the industry.

The notion seems to be catching on at a local level also. “Yes California”, a Brexit-style movement to grant independence for the State of California, seeks to establish crypto to function as the local currency. The group has recently appointed a blockchain expert to propose an economy based on digital assets to provide a host of benefits to its citizens, including universal basic income, free healthcare, and free education.

The head of the movement, Marcus Ruiz Evans, enthuses: “people need assistance, especially right now, and the government is struggling to come up with somebody.” This is not some a bunch of eccentric and idealistic nobodies; according to Yes California, the state government has agreed to hold a public petition into Californian independence this year. Clearly the political mechanisms are taking this seriously, and interestingly California’s Senate Banking and Financial Institutions Committee recently passed a bill seeking to define digital assets and measure their impact on state and consumer protections.

The change of tune from what was previously the most hostile nation on the planet to crypto cannot be underestimated. Whilst these changes may look like small steps for the US, they are giant leaps for the acceptance of crypto as a major player in modernising the American economy for the new normal.