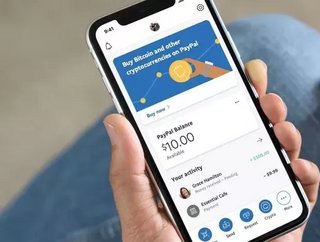 Customers will be able to buy, sell and hold cryptocurrency directly from their PayPal account, and spend direct at merchants from 2021...

Ethereum, Bitcoin Cash and Litecoin will also be offered in the first wave of supported digital currencies.

The feature is initially limited to account holders in the US, though the firm expects to roll the service out to more of the 346m active accounts around the world from next year.

PayPal, which also owns shared payments app Venmo, is one of the world’s biggest online payments brands. News of it backing the cryptocurrency sent the value of Bitcoin soaring more than $1000 in 24 hours, climbing above $12,960.

Initially, PayPal's crypto system will be a closed loop, with the idea of introducing cryptocurrency adoption to a wider audience, i.e. those who have heard of the concept, but have yet to enter the ecosystem either due to confusion or risk-aversion.

But the payments company hopes to leverage its scale and brand recognition to evangelise the shift to digital currency, a sea change that president and CEO Dan Schulman believes is “inevitable” due to advantages in efficiency and cost-saving.

“We are eager to work with central banks and regulators around the world to offer our support, and to meaningfully contribute to shaping the role that digital currencies will play in the future of global finance and commerce,” he added.

Danny Scott, CEO and co-founder of crypto exchange CoinCorner, says the announcement “hasn’t really come as a surprise to the industry”.

Since Paypal withdrew from Facebook’s on-ice stablecoin Libra, it has been seeking an alternative inroad to cryptocurrency. This initial foray, Scott says, “shows a positive step forward for the industry, and brings yet more credibility to Bitcoin and its future”.