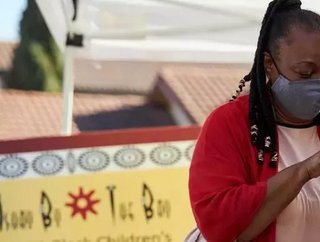 The digital payment giant says it can lower average fees in one of the most expensive regions in the world for remittance...

Paypal is expanding its money transfer service Xoom into underbanked segments of Africa, allowing customers in the US, UK, Canada and Europe to send money to mobile wallets across the continent.

Africa is one of the most expensive regions in the world to send remittance to through traditional channels, with large sums carrying a cost that is almost three times higher than the global average.

Amadou N. R. Sy, a leading financial advisor and former Deputy Division Chief in the IMF Monetary and Capital Markets, says access to traditional banks is “almost a mirage for most Africans”. In Sub-Saharan Africa there are only around five traditional bank branches per 100,000, but the region is one of the world’s hotspots for mobile money accounts: in some countries across the region, more than 60% of adults hold one.

Xoom says it can help bring down these average costs and enhance financial inclusion across great swathes of the population. Remittance transfers to mobile wallets through its platform could bring average fees in some regions down to 2-4%, depending on which countries money is transferred between, and the funding source.

"Sending money to Africa through traditional channels has always been expensive,” said Julian King, Vice President and General Manager, Xoom. “We wanted to help bring down the cost and speed up the process to boost financial inclusion.”