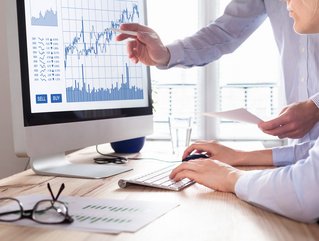 Fintech app Acorns has finished its series E funding round with investment totalling $105mn. This puts the company’s total valuation at $806mn.&nbs...

Fintech app Acorns has finished its series E funding round with investment totalling $105mn. This puts the company’s total valuation at $806mn.

With over 4mn subscribers, Acorn is a microinvestment company founded in California in 2012 which allows customers to round up everyday purchases and invest the spare change into a portfolio of managed funds. Users spend money as normal and watch their investments grow.

Leading investors in the round were NBC Universal and Comcast Ventures. Due to its investment, NBC has become the biggest shareholder in the company and as such will have a seat on the board, which will be occupied by Mark Hoffman, Chairman of CNBC.

Hoffman stated: “This partnership with Acorns builds on CNBC’s 30-year commitment to democratising the financial markets, helping generations invest for their future. We are excited to bring together two brands with this shared social purpose to drive value to our viewers, users and customers. We aim to put the tools of wealth making in everyone’s hands and this includes helping all Americans grow their money knowledge.”