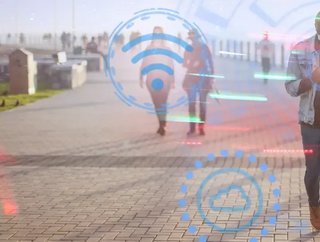 Discover the most innovative digital payment solutions, from the cryptocurrency craze to the buy now pay later frenzy

Traditional banking and financial institutions are under pressure to compete with new players entering the market. In this feature, we explore the recent innovations in the field of payments leading to an increase in competition.

Contactless payments using a point-of-sale system with near field communication (NFC) was popularised by Apple Pay and Google Pay. It has helped the two companies challenge existing finance industry players like banks and credit card providers.

One might sit and wonder what the difference between contactless smartphones and cards are to be precise. According to Dickson Chu, CEO at Copper and a former Managing Director at Citibank, "Smartphone-based NFC uses a different chip, the Secure Element (SE), which essentially emulates the same functionality as the 'chip card'. So, from a user and merchant standpoint, it's pretty much the same experience - tap to pay. However, smartphone-based NFC has some additional benefits that have yet to be fully utilised.”

Consumers have grown to prefer contactless and digital payment methods with as few steps as possible. Greg Goldfarb, VP of Commerce Products at GoDaddy, said, “Options like Apple Pay offer consumers a quicker and more seamless experience, regardless of if they’re paying online or at a physical storefront.”

The concept of lending has existed for more than two millennia. Even the Bible notes, “The borrower is the slave of the lender,” in Proverbs 22:7. More recently, a modern version dubbed buy-now-pay-later (BNPL) became mainstream thanks to Swedish fintech company Klarna. The firm offers credit terms, allowing consumers to pay for goods in instalments. It has attracted more than 90 million customers and 250,000 retailers worldwide.

BNPL is trending in many other parts of the world too. For instance, in Mexico, there is Kueski, where 60% of the population lacks access to banking services. Adal Flores, Co-Founder and CEO at Kueski, said, “In the near future, BNPL solutions will become even more integrated into traditional financial ecosystems, allowing consumers to make interest-free purchases both online and in brick-and-mortar stores – even without a debit or credit card which is important for markets with low card availability and penetration.”

Siamac Rezaiezadeh, Director of Product Marketing at GoCardless, thinks “Another trend to watch for in 2022 is BNPL for business. A few companies such as Biller have popped up in this space, and it's likely more players will enter the fray.”

The fintech ecosystem is changing ever so rapidly. According to Ralph Andretta, President and CEO at Alliance Data, "The shift in spending power across generations and the impact of the pandemic on shopping behaviour are key drivers in the accelerated adoption of buy now, pay later, and we see this trend continuing.”

43% of Gen Zers have missed their BNPL payments at least once this past year. It’s clear that a big part of consumers don’t truly understand the dynamics behind this option and are racking up on more unnecessary debt in the process. The average American household owes around $14,200 in credit card debt alone.

However, there are also dangers surrounding BNPL, as it could turn into a harmful addiction for consumers who use it excessively. Daniela Corrente, Founder and CEO at Reel, said, "Unfortunately, as a society, we have been led to believe that going into debt is the only way to buy what we want, and adding more debt-driven options like BNPL is just deepening that dependency even further." Jimmy Fong, Chief Commercial Officer at SEON, added, “Fraudsters are paying attention to this, and we’ve already seen that they are developing ways to commit fraud by exploiting the gaps in BNPL security.”

Many businesses across the world are turning to merchant account providers such as Square, Paysafe, and Stripe to accept payments. These merchants also offer card readers, which are relied upon by millions of users across the world. For example, UK-based SumUp’s products are used by a range of organisations from the Church of England to boutique clothing stores and fast-food outlets.

The card readers are generally battery-powered and have Bluetooth capability for mobile point of sale applications. They are also compatible with contactless NFC transactions using physical payment cards or mobile wallets such as Apple Pay and Google Pay, along with magnetic-stripe swipes.

Charlie Wright, Director of Operations at Epos Now, noted, “A huge trend we’ll continue to see in the upcoming years is the adoption of integrated payments. Now more than ever, merchants are integrating third-party payment solutions on their platforms. By fully automating payment acceptance, merchants can offer their customers a frictionless, seamless checkout experience, as well as save time, money and eradicate human error.”

Some fintech businesses such as Jobber, headquartered in Canada, even offer rewards. The company’s card reader is connected to their app and lets customers save 0.2% on every transaction they process with it. The real game-changer will be when payments are embedded alongside a range of other financial services - like lending, card issuing, bank accounts, and insurance," said Laura Collinson, FinTech Director at Jobber.

There is no denying the topic of crypto has probably been mentioned on almost every dinner table in the civilised world. So where can it go next? According to Billy Roberts, CEO at Wedge, “The future promises significant flexibility in using crypto as part of a currency bundle that includes a user's cash, credit, and other assets. In this paradigm, crypto can be used strategically, automatically, and when advantageous to the user.”

Some experts believe digital currencies will further integrate into everyday society. For example, Eugene Shapovalov at Innowise Group, said, "Cryptocurrencies have been the trend for some years already, and they are being implemented into modern economics step-by-step."

Ted Claypoole, a partner at Womble Bond Dickinson who leads the firm’s Fintech Team, added, “With 200 Coinstar Kiosks now inside Walmart stores, the trend of ATMs dispensing and cashing bitcoins and other cryptocurrencies is reaching deeper into the standard in-person retail environment.”

Central banks are also getting in on the action by deploying their own digital currencies. Parijat Banerjee, Global Business Analytics Head for BFSI at LatentView Analytics, thinks that “maverick experiments like the Central Bank Digital Currency (CDDC) are looking to disrupt the space tremendously. This is also to reduce the volatility that creeps in with the likes of cryptocurrency.”

Growth trends to watch in 2022

Although many of these technologies are still in their infancy, they hold great promise for the future of finance. Michael Schrezenmaier, CEO of Europe at SumUp, said, “I believe that 2022 will finally be the year that the QR code goes mainstream in Europe.”

In terms of other trends to watch, Daniel Kornitzer, Chief Business Development Officer at Paysafe, stated, “One element of the payments landscape we expect to see a lot of progress in the next 12 months is the elevation of real-time payment rails to a global level.”

The fintech industry is rapidly evolving with new innovative payment solutions now revolutionising the payments landscape for consumers and businesses alike. It is evident the payment market is undergoing a period of immense change, with traditional card payments and cash beginning to be replaced by digital solutions offering convenience and simplicity for consumers around the world.