How IoT is digitally transforming payments 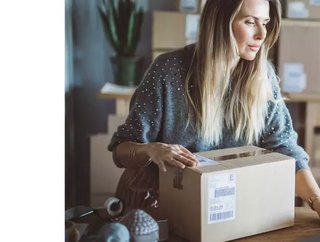 IoT technology is powering a global revolution in the payments space, and here we explore some of the companies at the forefront of this trend...

The global financial services sector is undergoing a period of significant transformation. In particular, the digital payments space is in the midst of a rapid evolution, pulled by growing customer demand for easy, interconnected payment solutions, and pushed by a rising tide of powerful new technologies. Alongside increasingly advanced data analytics, artificial intelligence (AI) and cloud-based digital architectures, one of the areas of technology poised to have the biggest impact on this sector is the Internet of Things (IoT).

IoT is a term used to describe a wide variety of devices beyond those that we traditionally think of as being capable of connecting to the internet. From connected cars and Samsung’s smart fridge to powerful sensor relays inside active volcanoes, IoT devices are increasingly integrating an already connected world. The implications are astounding, and adoption is progressing at an incredible pace.

The IoT revolution is happening so fast, in fact, that it’s proved hard for analytics to pin down exactly how fast it is. According to a Business Insider report, at the beginning of 2019, there were an estimated eight billion IoT-enabled devices active around the world. By 2027, they predict that figure will reach 41 billion. According to 451 Research, the number of IoT devices globally will expand from 7.9 billion in 2019 to 13.8 billion in 2024 - a much slower rate of adoption. According to global consultancy McKinsey, the planet already hit 10 billion IoT devices back in 2018, and by 2025, that number will grow as high as 64 billion.Statista’s research points to there already being more than 22 billion IoT devices connected to the web today, and Hogan Lovells’ analysts believe that number could grow beyond 75 billion by 2025.

In short, the growth of IoT is already so massive that it's impeding market visibility. What we know for sure is that, over the next decade, it’s only going to get bigger and faster. It’s estimated that, by 2022, global spending on IoT technology could reach as high as $1trn. While IoT is seeing widespread adoption everywhere right now, from healthcare to meteorology, financial services and fintech appear to be one of the areas most readily tackling adoption.

From providing granular data points (and therefore more personalised customer experiences) to increasingly personalised and integrated customer experiences, IoT has the potential to supercharge the fintech payments space and dramatically reshape the industry. Here, we explore some of the biggest applications for this new “Internet of Payments (IoP)”, and the companies turning this powerful new technology to their advantage.

The financial services sector has been using customer and contextual data to make better, more informed decisions for hundreds of years. The more data an organisation can gather, the better it can protect its interests and create value for itself and its customers. In a sense, the proliferation of IoT devices is just more of the same. Today, 3.5 billion people own and use a smartphone which collects massive amounts of data from a single endpoint. In fact, the rate at which we as a species create data is exponentially increasing. It’s estimated that 90% of all the data in the world was created in the last two years. IoT devices may help us process payments, monitor metal fatigue and know when to order printer ink, but all those applications are, at their core, data gathering. IoT devices are sensory endpoints that collect information about the world around them. With the number of IoT devices set to increase dramatically over the coming decade, the amount of data available to everyone from retailers to insurance agencies is set to experience another exponential hike.

In the fintech sector, this information is expected to be invaluable. According to Jordan McKee at Forbes, “longer-term, the latent – and more lucrative – IoP revenue opportunity will be found in harnessing the explosion of new data inputs that can provide deeper and more granular insights on customer behavior. The opportunities for new data streams generated by IoT devices and sensors are endless and will serve to bolster decision-making accuracy in areas ranging from fraud prevention to ‘know your customer’ (KYC) requirements, to lending to targeted offers and recommendations.”

One of the most important ongoing conversations in the world of tech revolves around privacy and information security. As the amount of data in the world grows - and companies take further steps to harness and capitalise on the value of that data - global cybersecurity efforts need to keep pace with increased risk and higher stakes. In 2018, the Mirai botnet attack saw teen scammers take advantage of insecure IoT devices to effectively take down the internet across much of the eastern United States. Companies - particularly in the finance and payments sector - need to recognise that increasing IoT capabilities means increasing security as well.

An Internet of Payments

The most tangible development trend being driven by IoT applications in the payment sector is an appreciable expansion of the payments acceptance network. In short, this means that - in much the same way that the last ten years saw every smartphone become a potential purchasing tool - the next few years will see any and all devices become platforms for purchasing goods and services. "From the comfort of their homes to the confines of their cars, people want to make purchases when they want and where they want," commented Sherri Haymond, executive vice president, Digital Partnerships, North America at Mastercard. "Our familiarity of shopping with mobile and voice-activated devices have created the expectation for almost every device to be a way to shop and pay.”

To focus for a moment on what has become one of the flagship products for smart, connected home living, as well as IoP development, Samsung’s Family Hub Smart Fridge allows users to shop and pay for on-demand grocery deliveries using the Instacart App, as well as order takeout through services like GrubHub. In the IoP age, everything from a household appliance to your car has the potential to become an endpoint for payments.

In the Automotive sector, both GM and Honda have released features which allow drivers to do things like make restaurant reservations, pay for goods and services like fuel, movie tickets and parking, all from the car’s navigation system. Honda’s Dream Drive demoed at CES 2019 and featured the car manufacturer’s collaboration with Visa, Mastercard and PayPal. Olabisi Boyle, vice president of IoT, at Visa commented: "Combining Visa's payment expertise and Honda's expansive platform, we are one step closer to transforming the car into a new epicenter for commerce."

The area where the IoP has seen the most adoption is the wearable IoT space. With early movers like Apple - which sold more than 30 million units of its Apple Watch in 2019 - and Garmin bringing IoT technology and wearables together. IoP wearables allow customers to connect with banking apps to better track expenses, and perform a wide range of other mobile banking tasks. These devices also streamline the spending process for the user. Some can also grant increased security features, like the Nymi smart wristband, which reads the signature of an individual’s heart rate for biometric authentication.

While exponential data proliferation and the complete transformation of the way in which we spend our money are both - to put it kindly - revolutions in progress, the fintech sector has already adopted several IoT applications to enhance its most traditional point of contact with the public: retail banks. While brick and mortar banking is unquestionably on the decline, IoT technology has the potential to digitally transform physical banking spaces in a way that may alleviate the kind of pain points that are increasingly pushing customers towards digital options.

According to a report by software developer Iflexion, IoT has the potential to create harmony between physical and digital banking. “Phygital Banking” experiences are the result of banks blending their digital offerings with their physical ones using beacons: IoT transmitters that connect to Bluetooth-enabled devices like smartphones, tablets, etc. These beacons - which have already seen deep penetration into the retail industry - then connect to customers’ devices to push notifications, manage queues, handle the meet-and-greet process and create personalised ATM experiences.

According to Iflexion’s report, “new-generation… beacons can detect customers’ presence at a distance of at least 50 meters, presenting banks with an opportunity to prompt visits to a branch by pushing relevant reminders to the customers’ phones.” The result is increased customer interaction with physical locations using the power of digital banking. The bank also gains access to new data points relating to customer behaviour and preferences.

The Future of the IoP

From smart speakers to smart sensors, from smart cars to smart watches, the IoP is set to be an omnipresent, omnichannel network for the modern consumer. Driven by increasingly ubiquitous IoT, the IoP has the potential to transform the finance sector as dramatically as the introduction of the credit card.