Bank of Israel releases a draft model for potential CBDC 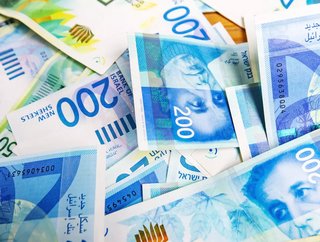 The Bank of Israel (BoL) explained that it has been exploring the concept since 2017. However, while it has a head start on others in this regard (see: the Bank of England), the bank has yet to decide whether issuance of a CBDC would be advantageous.

As is the general philosophy with CBDCs, the proposed ‘digital shekel’ would co-exist with other extant forms of currency currently used in Israel. The value proposition, as mapped out by the BoL’s Steering Committee, is as follows:

Are CBDCs worth it?

While the general hesitance of most global central banks to adopt an official digital currency indicates that it is a concept still considered a ‘novelty’, the BoL’s analysis of CBDCs puts forward a strong case for their exploration.

Notably, their use in reducing crime, promoting financial inclusion, and expanding elements of the digital economy could help resolve ongoing economic issues.

However, the BoL is also conscious that “some if not all of these benefits may be obtainable through the improvement and upgrading of the existing payment systems.” And yet, if the purpose of central banks is to facilitate the ease of transactions between people, is it sensible to eschew the development of a trend gaining momentum globally?

Whatever the case, placing a CBDC is far from an easy task. Sweden’s Riksbank recently published a report of its progress with the ‘e-krona’. Originally anticipated to be trialled in 2018, the bank’s next estimate for roll-out is the latter part of 2026.

“Simply introducing a complement to cash for retail transactions may not make much of a difference in the economy. Using wholesale CBDCs in cross-border transactions has the potential to raise efficiency,” said Johanna Jeansson, Economist at Bloomberg.

“Employing new digital tools for policy purposes could really alter the macroeconomic playing field. The bigger the step, the more thought it’s likely to require. Expect that to take time.”