What are the costs of preventing financial crime? 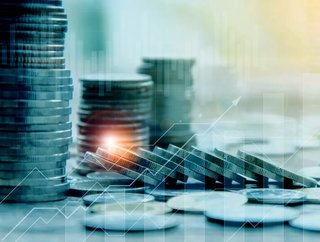 Banks and investment firms are investing around £374k annually to ensure their systems are resilient against financial crime, according to research by DWF

Andrew Jacobs, head of regulatory consulting at DWF, said: "Responses to the survey indicated that firms with a revenue of around £10m per year are likely to spend in the region of 1.72% of total revenue on financial crime prevention and deterrence. Larger firms are typically spending less than 1% of total revenue to fight financial crime, particularly those with l revenue of £50m or greater. As a cross-section of the Financial Services sector, this tells us that proportionately, smaller firms are spending a greater share of their turnover on financial crime prevention.

"Conversely, firms with greater revenue (£10M plus) are clearly spending most of their financial crime spend on human resources, with over 32% of annual spend being on Financial Crime roles, compared to those firms with a turnover up to £500,000 for whom Financial Crime roles never exceeds 27% of total annual  financial crime  prevention spend. This figure and our wider analysis shows us that Human Resources continue to be one of the most effective ways of detecting human behaviour linked to Financial Crime activity.”

At the end of their reporting periods, respondents said there was an average of nine full-time employed UK staff within their firm performing financial crime roles, spending an average of 46 hours of employee time per week monitoring transaction alerts and reviewing screening alerts. The analysis also showed that every additional 10 hours spent weekly on monitoring transactions and reviewing alerts, result in an additional 1.5 Suspicious Activity Reports (SARs) raised internally.

Technology is key to increasing financial crime detection and prevention, but it is also a significant factor in driving up costs and staff workload. Respondents highlighted that over the last 12 months, £76,000 was spent on financial crime prevention technology, per firm. They also stated that they expect their firms will spend around £800,000 on crime prevention technology in the next five years.  Technology usage is widespread – with 82% of firms using an automated system to screen clients and 84% employing transaction-monitoring software for Anti-Money laundering (AML) and sanctions detection.

"The statistics tell us that because technology generates more alerts and highlights more potential risks, it also requires more time on follow-up investigatory work, but exactly how much is created is dependent on whether firms have correctly calibrated their systems. There is the real danger that poorly aligned alert systems simply create a cottage industry within a firm," said Jacobs.