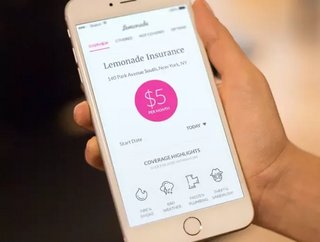 Lemonade, an insurance startup that is driven by artificial intelligence and behavioral economics, has signed a US$300mn Series D funding round. The rou...

Lemonade, an insurance startup that is driven by artificial intelligence and behavioral economics, has signed a US$300mn Series D funding round. The round, which was led by Japanese investor SoftBank, with participation from Allianz, General Catalyst, GV (formerly known as Google Ventures), OurCrowd and Thrive Capital, brings Lemonade’s total valuation to more than $2bn.

“In less than three years, Lemonade has expanded across the US, given back to dozens of charities chosen by our community, and fundamentally changed how a new generation of consumers interacts with insurance,” said Daniel Schreiber, CEO and cofounder, Lemonade. “Looking forward, we aspire to create the 21st century incarnation of the successful insurance company: a loved global brand that can endure for generations; an organization built on a digital substrate, enabling ever faster and more efficient operations, and ever more delighted consumers.”

Contrary to the traditional insurance model, Lemonade takes a fixed percentage as a flat fee, eliminating the conflict between paying claims and making a profit, and donates a portion of unclaimed premium dollars to nonprofits during its annual ’Giveback.′

According to Forbes’ report, Lemonade plans to use the money from SoftBank to expand into Europe, and deeper into the US. The company is based primarily in New York and Tel Aviv, but Schreiber has revealed that plans are in place to open a European headquarters in Amsterdam.

Shu Nyatta, a senior investment professional within the SoftBank Group and a Lemonade Board Member said that “We’ve watched Lemonade transform insurance using big data and AI, reaching half a million homes in a little over two years - a shockingly rapid pace - and we’re confident that the best is yet to come. The value Lemonade provides, together with the values baked into its model, are fast making it one of the most intriguing, differentiated and compelling brands.”