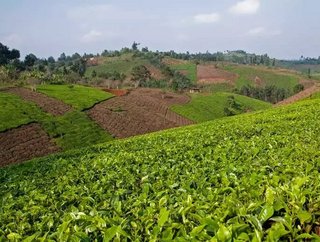 Insurtech startup World Cover has continued to expand its services across Africa. The insurance provider has announced that it will provide services in...

Insurtech startup World Cover has continued to expand its services across Africa. The insurance provider has announced that it will provide services in Ghana, Uganda, and Kenya.

World Cover is an insurtech startup which provides satellite-enabled climate insurance to smallholder farmers. The company was originally founded in 2015 as a fintech marketplace for climate insurance, and has consistently grown since then, providing support to many areas of Africa. Unlike traditional insurance companies, which require lengthy in-person evaluations, the company consolidates data on weather and crop yield obtained from satellites

Across the globe, smallholder farmers lose between $50 billion and $100 billion annually, often from natural disasters, but reportedly only 1% is insured from these accidents. As an example, in Feburary 2019, the company made several payouts to farmers in Kenya as poor rainfall caused large amount of crop failure.

Jason Schapiro, WorldCover Lead Engineer, said “Our algorithms are specifically calibrated to rainfall events by region and crop type, automatically triggering instant payouts to insured farmers through mobile money services like M-Pesa.” Schapiro went on to explain the benefit of this technology, as cuts down the length loss assessment process.

“WorldCover has uniquely combined technological advances and developed a solution that allows us to support smallholder farmers caught in conditions that are worsening due to climate change," Sheehan said.