HackerOne: How hacker-powered security could save finance 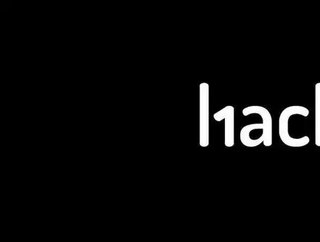 COVID-19 may have shaken up cybersecurity, but how could hacker-powered security guide the finance industry to a new equilibrium? HackerOne explains...

A newly released white paper from San Francisco-based cybersecurity experts HackerOne outlines the alarming vulnerabilities that the pandemic has exacerbated.

According to the company’s research, 30% of global security leaders have recorded a higher frequency of cyber attacks because of COVID-19.

The root cause isn’t necessarily the pandemic itself, but rather something it has tangibly accelerated: digital transformation. Now that so many FSIs have shifted to digital platforms in a bid to remain competitive and innovative in the new economic climate, how can they ensure organisational security keeps up?

For HackerOne the answer is hackers.

The word ‘hacker’ has a generally negative connotation in the popular imagination, but HackerOne defines the term as,

“One who enjoys the intellectual challenge

As such, it positions ‘hacker-powered security’ (HPS) based on a community of 830,000 globally registered testers as the key to faster vulnerability checks.

Encouraged by incentive-based identification and reporting programmes (called ‘bounties’), these hackers have submitted over 181,000 valid vulnerabilities and received US$44.75m in bounties over the last 12 months.

With the average data breach costing around $3.86m and each hacker-identified resolution only $979, the business case for utilising hackers is clear.

Finance: No more ‘business as usual’

According to HackerOne, the number of FSIs adopting HPS has grown 75% in just one year. In 77% of cases, hackers were able to provide their initial vulnerability report in just 24 hours, and FSIs are also among the fastest to pay a bounty (approximately 0.9 days).

The attitudes of security leaders regarding the evolution of cybercrime tell the full story; from a summer 2020 survey of 1,400 professionals, HackerOne found:

Staying ahead of cyber threats

It’s clear that modern finance needs every advantage at its disposal to stay ahead of cyber threats. HackerOne is helping companies identify their greatest vulnerabilities and take steps for remediation quickly.