Thomas P. Novak has been in the banking industry for close to 14 years. He began his career at PNC Bank in New Jersey in 2006, before moving to M&T Bank in New York in 2010. Today, he is Assistant Vice President (AVP) of Digital Banking at Visions Federal Credit Union, a member-owned credit union dedicated to community advocacy.

“Our digital strategy is focused around a term we use; advocacy banking. Like a healthcare advocate for physical well-being, we want to support, guide and advise our members at every step of their journey regarding their financial well-being,” Novak continues. “We want to help our members across every aspect of their financial lives to become financially independent.” It is a vision that is driven across the organization from the top down, says Novak. For example, over the last seven years – following the appointment of Ty Muse as President/CEO – a fresh perspective has spread throughout the business, driven by several cultural changes. “Our CEO and executive leadership team travel to our three operating states – New York, New Jersey and Pennsylvania – to hold Town Hall Meetings for members, local community groups and Visions employees, giving them the space to voice opinions and generate new ideas,” he says.

Alongside these cultural changes, technology innovation at Visions FCU has also been viewed with a fresh approach, with Novak stating that the business has “moved away from simply caring about operational efficiency, to innovation and efficiency through advanced technologies.”

Novak’s core role at Visions FCU is centered around digital transformation, which he calls a “central tenet for our success.” He adds that “delivering a top tier member experience has become an increasing trend across the entire banking industry and, for Visions, it’s our communities, members and employees that are really the driving force behind our digital transformation journey.” Since embarking on that journey, Visions FCU has developed a ‘member experience department’ to drive innovative changes to better serve the company’s members. Working with this department, Novak’s digital team has focused on four key pillars of digital member-facing technology: online banking, mobile banking, account opening and consumer lending. “We knew we had to get the basics right, then we can build a more sophisticated technology ecosystem on top,” he explains. As of 2018, Visions FCU successfully implemented the four pillars, providing members with “a connected and unified experience with no drop-off points.”

To apply for a loan from Visions FCU, the company has five core channels; online, mobile, in-branch, contact center and indirect lending. Two years ago, Novak and his team created a multi-channel solution for consumer lending that unifies the process for employees and members. This, according to Novak, resulted in an additional US$60mn in loan volume within the first year. Putting members first, he believes, has made the process easier and more convenient. Visions’ online and mobile banking is directly powered by Q2ebanking. “As we strove to create a single platform for online and mobile banking, Q2ebanking was the key component, becoming a critical partner of Visions FCU,” says Novak, who is now partnering again with Q2 to create innovative solutions for bill pay and money movement. In addition to Q2ebanking, Visions has also entered into a new partnership with SWBC to streamline the company’s payments infrastructure creating a safe, secure and consistent platform for its members. Supporting the member in a way that is optimal to their lifestyle is of paramount importance to Visions.

In addition to payments, Novak is focusing on bolstering Visions FCU’s overall digital systems to support ongoing business needs. For instance, through the implementation of more sophisticated technology, such as machine learning, he explains that Visions currently utilizes a digital marketing tool powered by machine learning for personalized marketing within digital banking, noting that “we have datasets that we are working on with our FinTech partner, Micronotes to determine the probability of someone benefitting from a certain product or piece of educational content. If there is a high propensity, then we communicate with the member within digital banking through a conversational note to see if they wish to move forward.” He highlights that, every time a campaign is run, the result is more targeted and provides stronger insights. Most recently, a certificate campaign helped to yield over US$4.3mn in deposits.

With regards to other technologies, Novak highlights work in the Business Performance Department exploring robotic process automation (RPA): “Business Performance is in the early stages of utilizing RPA within our card servicing department to reduce the repetitive, low value tasks that some employees endure in order to facilitate an increase in the amount of high value work produced,” he says. “RPA isn’t being used to replace employees, it’s to complement and enhance what they are currently doing so that their focus can be transferred to our members and high value projects.” In addition, he ultimately hopes to utilize automation for the entire mortgage process: “Our SVP/CMEO and VP/CLO in conjunction with the Digital Dept. want to transform the entire process, making it end-to-end. We not only want to simplify the front-end for users but transform the manual processes in the back office following the submission of a successful application to be more efficient overall.”

Naturally, with any implementation of new technologies comes a greater focus on cybersecurity. For Novak, Visions FCU’s cybersecurity maturity is one of its key strengths. “Whenever we look to develop internally, we do so through a secure development lifecycle,” he explains. To combat cyber-crime, Visions FCU’s efforts include education on how the business interacts with them, educating its employees on phishing, providing sophisticated multi-factor authentication for digital banking access, as well as notifications to alert members of login attempts to digital banking. In recent months, Visions has also created a separate risk department that leverages knowledge and experience from various areas to create improved transparency for employees and members regarding fraud mitigation. In addition to this, Novak is currently researching with multiple business units, innovative solutions to utilize artificial intelligence (AI) for fraud mitigation and detection, noting that “instead of casting a wide net and carrying out a manual process, we want to utilize AI to have more precision and accuracy for catching potential fraud”.

Looking to the future, Visions intends on utilizing an AI chatbot solution and natural language processing in member-facing technology that can learn various dialects and slang terms, providing an extra convenience layer for members for a 24/7 service offering. In addition to this, Novak wants to build a financial ‘health score’ for the company’s members, stating that “we believe a person’s financial health is integral to other parts of their life.” With this in mind, Novak discusses the creation of a platform that helps members better understand how their funds are being utilized, “underpinning this would be AI, data analytics and an elegant UI and UX”.

Reflecting on the business, Novak believes that Visions FCU’s biggest strengths are its commitment to people and openness to leveraging technology to solve real business problems, as well as its financial strength that helps Visions propel its initiatives and innovative technology. “We’re always looking for more ways to achieve better results for our members, communities and employees. We don’t just want to be the best credit union; we want to be the best financial services provider and advocate to those we serve.” 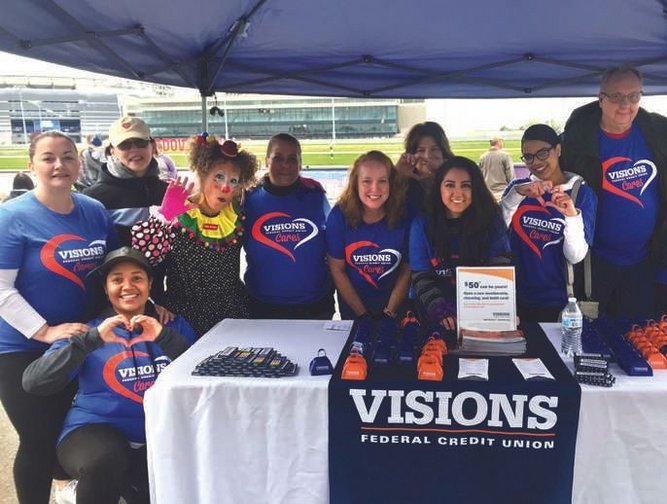 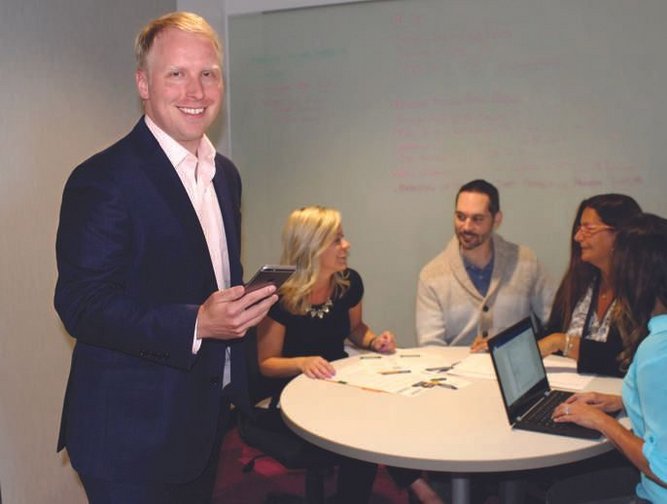 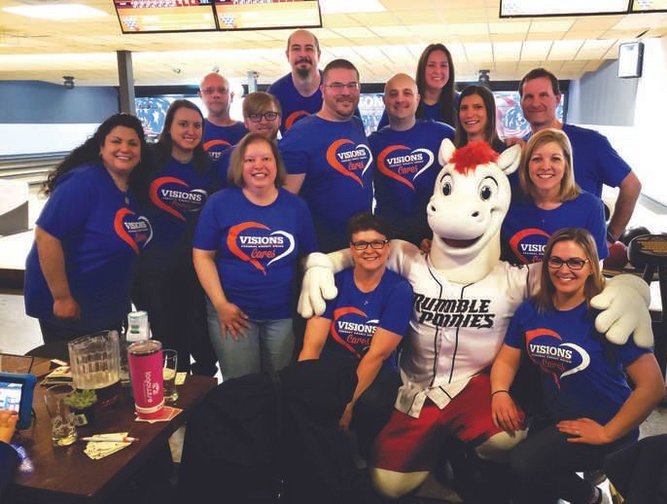 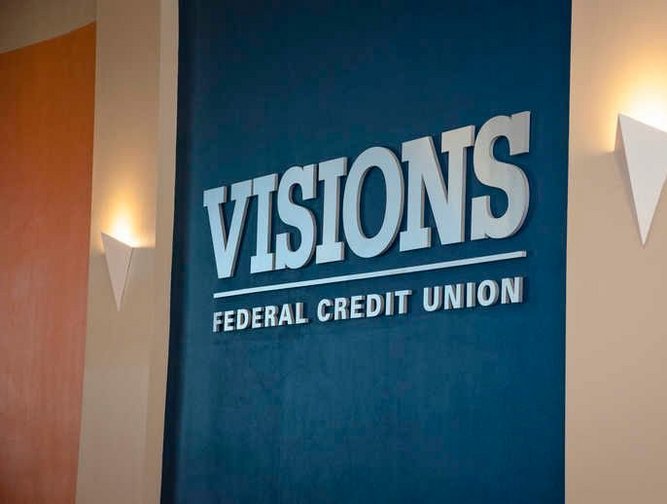 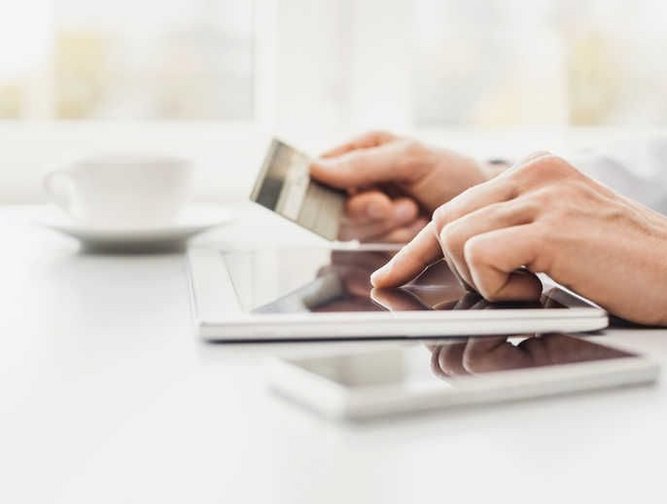 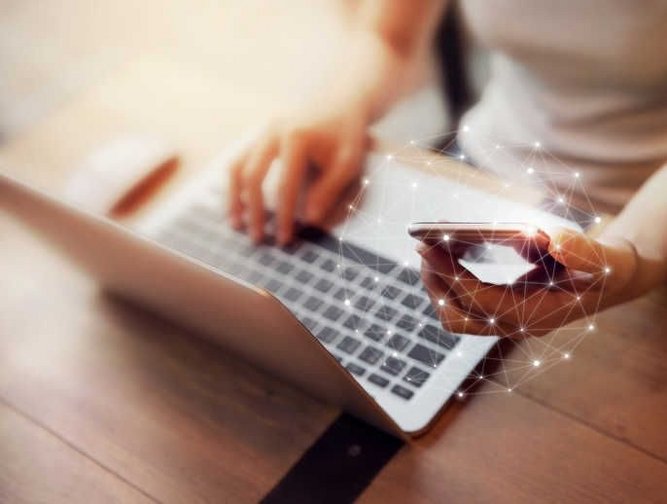