View Full Report
With a ground-breaking virtual bank in the pipeline, Standard Chartered is showing it’s a true digital disruptor...

‘Are you a leader or a laggard? Will you disrupt your sector or will you be disrupted?’ These are just some of the pressing questions facing businesses across the globe, particularly in the fast-moving fintech sector. On the road ahead, it’s clear that innovation is set to maintain its blistering pace in the banking industry. In fact, Gartner has even warned that digitisation will ‘make most heritage financial firms irrelevant’ by 2030. For many businesses, it’s a matter of pushing yourself to evolve before someone else does – and that’s exactly what's on the cards for financial titan Standard Chartered.

With over a century’s worth of experience in the banking sector, Standard Chartered has a presence in 60 countries as well as more than 86,000 employees to its name. It has deep roots in the burgeoning Asian, African and Middle Eastern markets and as a result, Samir Subberwal, Managing Director & Regional Head of Retail Banking, Greater China & North Asia, contends the firm is poised for vast growth. “Whether it’s in Taiwan or India, China or Hong Kong, we are present in areas where the middle class and wealth are growing,” he enthuses. “We’ve played to our strengths in the market and we have aligned ourselves as a bank of choice for the affluent and emerging affluent.”

Speaking in the company’s sleek office in Hong Kong – a city hailed as one of the top three financial hubs in the world – Samir points out what the city’s growth has meant for the company since it first arrived 160 years ago. “We are a trusted partner for the people of Hong Kong,” he explains. “We have over 70 branches in Hong Kong and we are one of only three note-issuing banks here.” Not one to rest on its laurels, Standard Chartered is acutely aware that, in the banking world, you need to innovate constantly if you want to keep up with the competition. The bank has taken this in its stride and decisively doubled down on its technology capabilities with its ambitious ‘Refresh Strategy’ that brings technological innovation to the fore. “As part of our enhancements, we launched a new chatbot and we've launched a new FX capability across the region. On top of this, we launched a new mobile funds capability and we’re revamping our mobile banking platform for our customers,” lists Samir. “We also launched QR cash, where you can withdraw cash out of an ATM using a QR code rather than a card, and we rolled out real-time onboarding for customers in India and Singapore last year.”

Yet perhaps the crowning jewel in Standard Chartered’s digital strategy is its cutting-edge virtual bank. In a recent blog post, Deniz Güven, CEO of the Virtual Bank by Standard Chartered, urged businesses: “Cannibalise yourself, otherwise, someone else will! You can delay the deadline but don’t be too late to build a ‘New Operating Model’.” In essence, businesses shouldn’t anxiously wait for new innovative products and services that could eat into their market share. Instead, they should create their own disruptive offerings – that way, if it cannibalises the old proposition they won’t lose their market share. This is precisely what Standard Chartered has done, setting out to create one of the first virtual banks in Hong Kong which will act as a separate entity to Standard Chartered. It’s both a defensive and offensive move; with a standalone virtual bank, Standard Chartered hopes to defend against potential disruptors and proactively take on incumbents in the fiercely competitive banking market.

Teaming up with travel-focused fintech Ctrip Finance, telecoms provider HKT and its parent company PCCW, the bank has forged a new joint venture. The JV in question, SC Digital Solutions Limited, has been granted a licence by the Hong Kong Monetary Authority (HKMA) to create one of the first virtual banks in the region. Virtual banking goes a step further than current online banking services, enabling customers to start a relationship with a bank, apply and get personalised financial services on the go, in real time. By pioneering a new financial revolution and disrupting its very own business, Standard Chartered sees its virtual bank as the ticket to banking success because not only does it offer a new proposition to the market, it’s also championing a brand-new operating model.

Deniz is well-equipped to lead the ambitious new virtual bank; in a previous role, working at Turkey’s GarantiBank, he helped to spearhead the first mobile-only bank in the country, iGaranti. He’s keen to stress that while there are many so-called digital banks in the market, Standard Chartered’s virtual bank is radically reimagining the entire business model. “Many people talk virtual banks, neo banks, challenger banks and digital banks, but we like to describe how we’re building a future operating model for Standard Chartered,” explains Deniz. “Some businesses create a mobile platform, push marketing and call it a challenger bank. We, however, want to rebuild and recreate our business model.”

This is no mean feat. After all, Standard Chartered’s Virtual Bank will see it build a new tech stack from scratch, become a real cloud-based bank, redefine the customer onboarding model and much more. Before the bank could begin tackling these massive hurdles, it first had to get its license from the Hong Kong Money Authority. At the start, Deniz’ team consisted of only 10 people who worked around the clock to finalise the banking application. “It was an important milestone for the bank,” he says. Now, with the licence granted, the virtual bank is expected to commence by the end of 2019 and will act as a wholly separate entity from Standard Chartered. “It’s a separate bank but our relationship with Standard Chartered is really close,” he notes. Samir echoes this sentiment, adding that while Standard Chartered has “sharpened its focus on the affluent and emerging affluent”, the virtual bank is allowing it to “resonate with younger customers such as millennials”.

This is not the only partnership backing up the virtual bank. “As part of the joint venture we have partnered with PCCW and HKT, which, with more than 4 million customers, is the biggest mobile operator in Hong Kong,” says Samir. “We’ve also partnered with Trip.com, the biggest online travel agent in Asia. I don’t believe we can provide all the services that customers are looking for on our own, and so partnerships are a key part of our strategy.” Joint venture partners are just the beginning, says Deniz, noting that, when building a new bank from scratch, finding the right vendors is critical. “We selected ThoughtMachine as our powerful product engine and another important partnership has been with our processor provider Paymentology. Elsewhere, we’re working with Oracle and using their Netsuite programme. We’re also partnering with FICO to help us create our credit engine,” he says. Getting the right talent on board is critical for a digitally-savvy operation and so the bank’s partnerships with Vacuumlabs and GFT have also been fruitful. “They’re providing us with experienced software engineers and developers who are helping us build the bank from the ground up,” adds Deniz.

The virtual bank has come a long way since its fledgling years. Its team is now 100  strong, with 60% local staff and the remaining 40% coming from all over the globe. “We’re trying to get a blend of different people because culture doesn't come from the top down – it has to grow organically,” Güven says. “We hope to hire around 50 people in the next six or nine months.”

As well as getting its license, forging meaningful partnerships and hiring the right talent, Deniz and his team realised they needed to get a real glimpse of the virtual bank’s customers wants and needs. The bank conducted thorough research in the belief that if they could identify real pain points, then they could bring something real to the table. “Ethnographic research was so important to the project. We reached out to 2,000 customers from different segments and different classes who had different behaviours and passions,” explains Deniz. “This bank is going to be a service-led bank instead of a product-led one. Therefore, we tried really hard to understand our customers’ pain points so that we could differentiate ourselves in the market and help them.”

Deniz and his team are maintaining a consistent focus on customer centricity as the virtual bank’s launch draws closer. “Our aim is to bring the best customer experience and digital banking services to Hong Kong. We plan to start by acquiring ‘heart share’ with Hong Kong clients before building up market share. When people start to talk, recommend, share news, and get excited about our services and offering – that will be the biggest prize for us,” he says – and with a palpable sense of drive in the air it seems this is well within grasp. The virtual bank’s office is testament to its high ambitions; impressive scrum boards decorate the walls and, overlooking over the city’s impressive skyline, the firm has positioned itself in the heart of Hong Kong’s bustling financial hub. The city’s banking market is a dynamic and advanced one and, with online banking use only set to rise, the virtual bank is getting ready to make its mark. 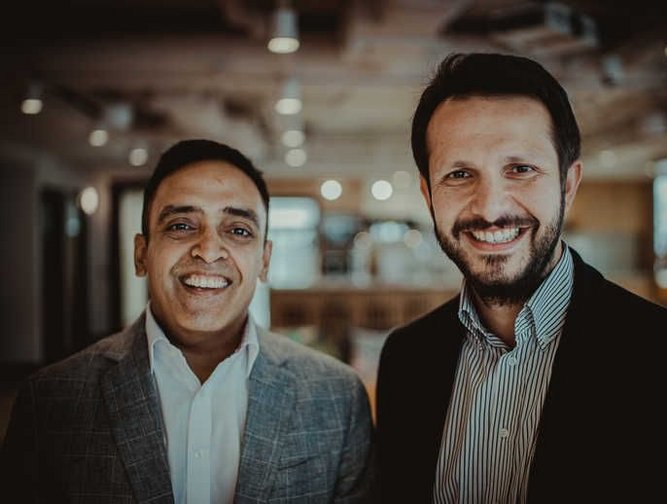 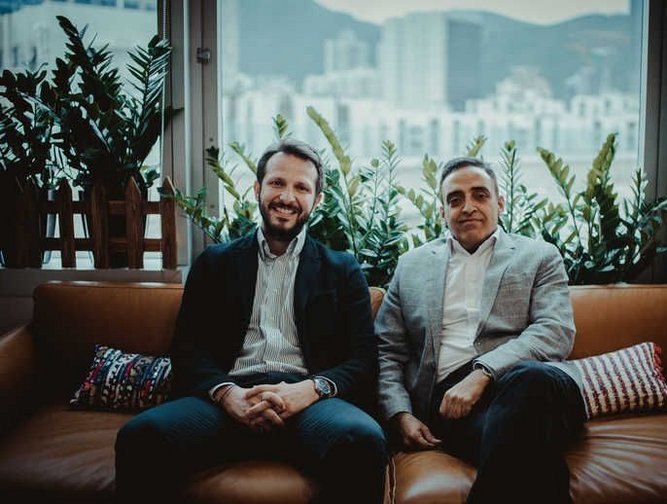 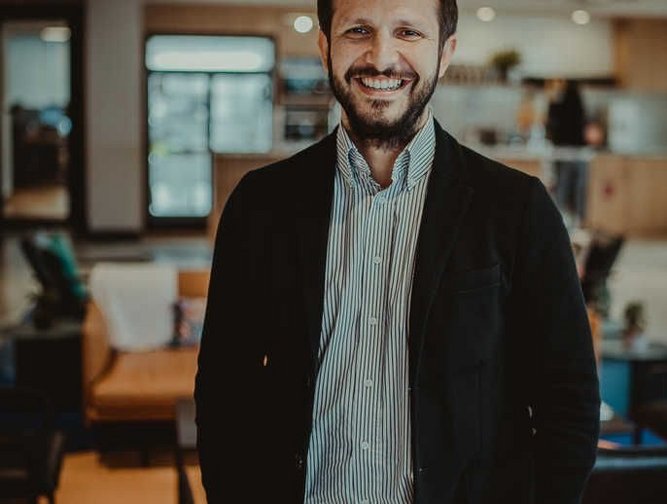 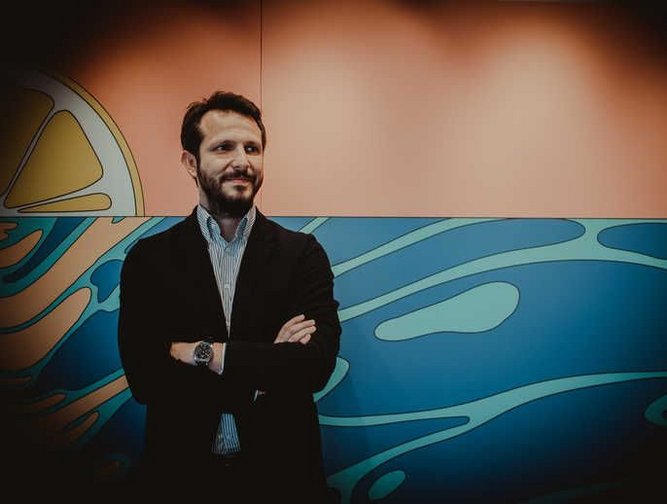 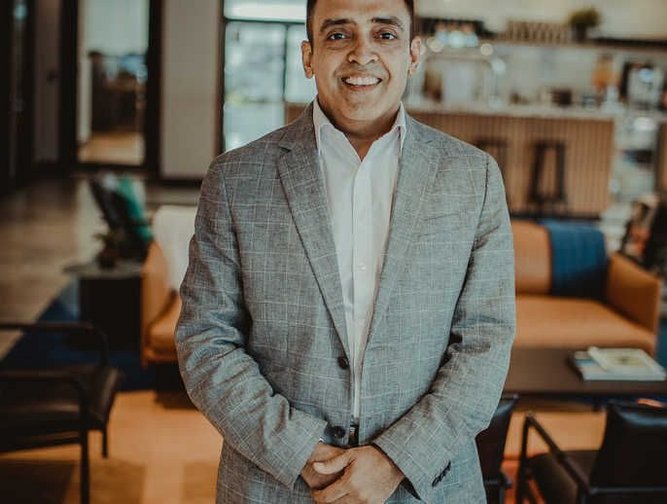 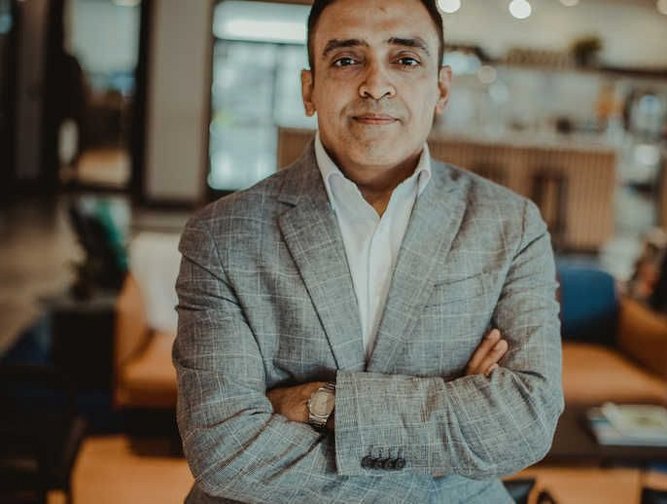