View Full Report
Competition may be rife in the insurance sector but Berkshire Hathaway GUARD Insurance Companies is proving it has the right strategy for success...

Perhaps no greater question faces companies today than: ‘How do I scale my business?’ Nowadays, business headlines are inundated with stories touting the best tips and tricks for growth but surely, more than anything, it’s better to follow in the footsteps of a company which has done it before? Insurers searching for the best tried-and-tested methods to scale their business need look no further than Berkshire Hathaway GUARD Insurance Companies, a fast-growing trailblazer in the US insurance market.

Preparing the foundations for growth

Since its founding in 1983, GUARD companies have gone from strength to strength and today, now known as Berkshire Hathaway Guard Insurance Companies, the business stands as a prominent subsidiary of Berkshire Hathaway - Underwriting through its insurance companies: WestGUARD, AmGUARD, EastGUARD, NorGUARD and AZGUARD.  The group provides commercial (and, most recently, personal lines) insurance coverage and services to businesses of all types in the US. In fact, in 2017, the group issued over 250,000 policies to businesses across the country. However, this success wasn’t achieved because of luck or ‘just good timing’: throughout its history Berkshire Hathaway GUARD has worked hard to redefine and reshape its strategy, aligning the organization to achieve meteoric growth.

The CEO, Sy Foguel, joined the company in 2007 when the group was acquired by Clal Insurance Enterprise Holdings Ltd., an international insurance group of which he was Executive Vice President. “At the time the company was writing around US$200mn of Workers Compensation premium in a dozen states,” he recalls. “Our vision from day one was to use the company as a platform to become a one stop shop for the insurance needs distributed by our agents. We started to introduce additional lines of coverage and built all the infrastructure.” Later in 2012, the organization changed hands again and became a wholly-owned subsidiary of National Indemnity Company, which is part of the Berkshire Hathaway Group. Foguel adds. “Today, we are a $1.6bn company.”

COO Carl Witkowski, who has been with the company in different roles since 1989, adds that before gaining the backing of Berkshire Hathaway, GUARD first had to forge its own path in the insurance market. “We were a small regional company and there were two key things we had to offer: superior service and efficiency,” observes Witkowski. “Our retail agents are a key part of our DNA – they’ve been our distribution force.” Like any small operation, efficiency has always been a well-versed mantra at GUARD. “We needed to be efficient to survive as a company and so our expense ratios needed to be managed,” he continues. “When we were later acquired, it was a great example of when preparation meets opportunity.” Critically, as the insurer has continued on its upward trajectory, it has taken care to retain this same start-up philosophy and mentality.

“In 1989 GUARD was a small two-state company,” Witkowski recalls. “I was brought in to hone its processes, create efficiencies and develop a managerial infrastructure.” As part of this process, the enterprise re-platformed directly onto a browser-based modern architecture and went increasingly paperless – readying itself for a digitally-savvy future. “We probably had one of the first browser-based client systems in the United States,” adds Witkowski. “We also became one of the first paperless insurance companies, both accomplishments partially enabled by our R&D approach to technology yielding over a dozen patents.” With a wealth of experience in insurance, Witkowski has witnessed firsthand how the sector is moving from the paper-based work of the past towards a new age powered by technology and data.

Many businesses contend that data is the ‘new oil’ and the same sentiment rings true at Berkshire Hathaway GUARD. With reams of data at the insurer’s fingertips, Foguel, who is an actuary by profession, believes that this appreciation of data gives the organization a significant edge. “Whether it’s for claims processing or policy selection and pricing, we always manage data down to the scintilla level. This means we can provide our analysts and actuarial staff the data they need to make good, real-time decisions,” he explains.

Digital transformation can put a strain on any business’ wallet but at Berkshire Hathaway GUARD, the enterprise has shrewdly taken a build, rather than buy, approach. “A lot of resources, time and effort are consumed when companies decide to replace their policy administration system, portals, claims system, or spend their time integrating multiple 3rd party systems” observes Witkowski. “It distracts the business and slows it down. Because of this, we don't replace any systems. Instead, we evolve our systems. Therefore, we don't waste the resources and we don't throw away that investment. However, we still must make the system very easy for an agent to use, as we don't work directly with consumers.”

Leadership and collaboration: a perfect mix

Technology may be a fundamental cog in any business growth strategy but when it comes to true success, it’s ultimately down to the people. Abandoning hierarchies in favor of a culture that “rewards individual performance and celebrates team accomplishment”, Foguel points out how “everyone treats this company as though they have ownership in it – there's respect for one another”.

“There are never more than three or four degrees of separation in the company,” he notes. “Our greatest success is our ability to make decisions quickly. We’re also flexible enough to implement them on a very quick timeline.” The insurer has taken this positive work culture one step further using technology: by creating a robust agency portal and leading call center, the firm has strived to create a close-knit culture between the company and its agents.

In all aspects, it seems agility is interwoven into the company’s DNA. This not only applies to technology: indeed, Berkshire Hathaway GUARD has worked diligently to offer bigger and better product propositions to its customers. “GUARD itself is not a new company but in the last decade we’ve acted like a fast growing startup,” enthuses Foguel. “We’re growing every year by 20-25% which shows that this is not a steady state company in any form. We’re always innovating and we always have four or five projects on the go.” In fact, just last year the firm announced various partnerships with IoT companies and AI applications, including a pilot with Safe Drive Systems (SDS), a collision avoidance system and fleet management systems (FMS) technology for its commercial auto lines, and a project with Plank Re to use AI to further automate the workers’ compensation underwriting process.

Berkshire Hathaway GUARD is truly a strong role model for how to profitably scale quickly and steadily and a company to continue to keep your eye on to see what they’ll do next. 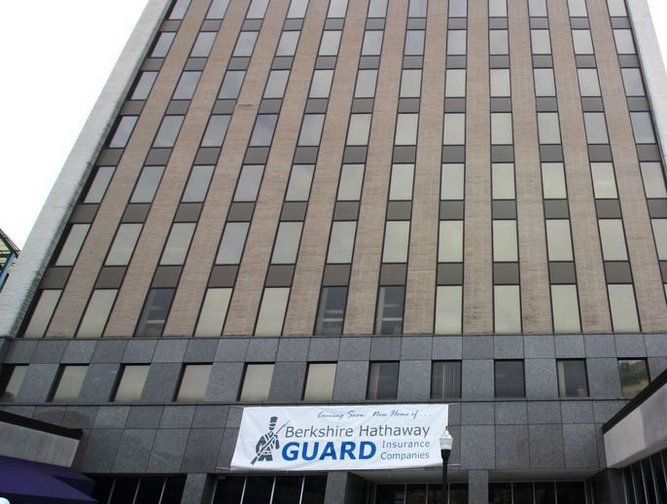 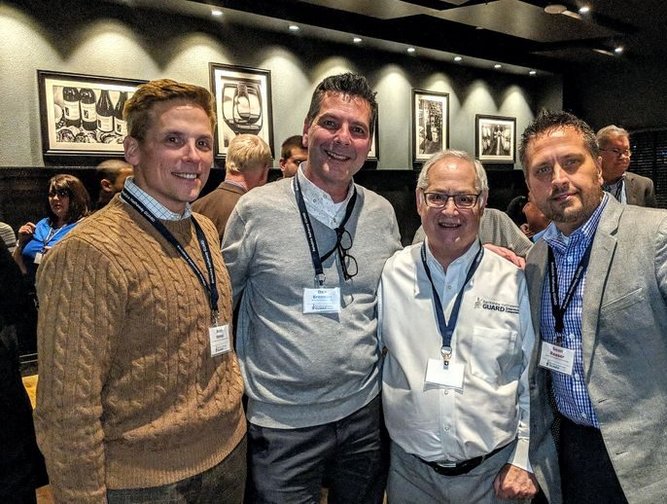 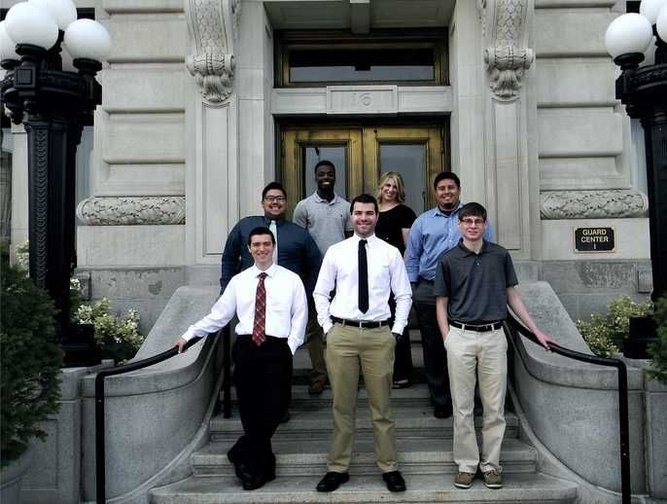 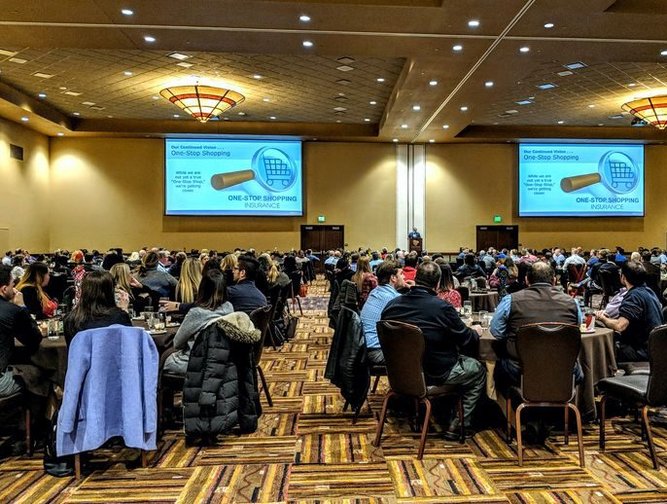 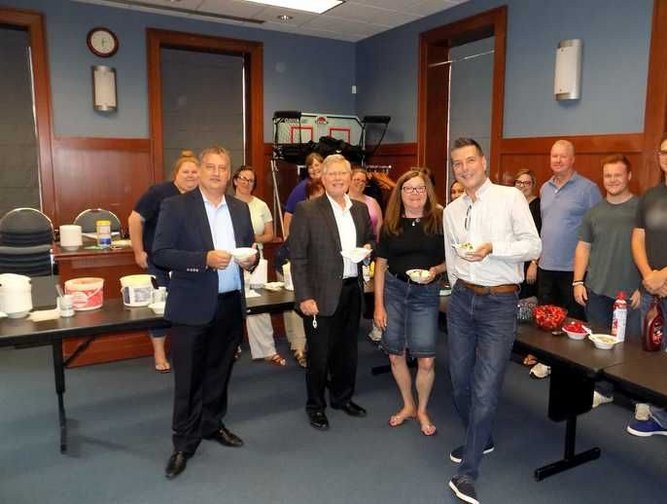