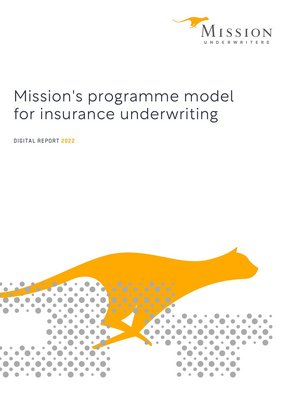 View Full Report
In the space of 18 months, Mission Underwriters has launched an innovative programme approach to insurance underwriting and taken on its first series.

As CEO and Founder of Mission Underwriting Managers, Keith Higdon knows the pains and pressures of starting a business. In just 18 months, Mission has built a platform for entrepreneurial underwriters who want to start their own company but don’t have the means, time, or capacity to set up a general agency from scratch.

“The past year has been a whirlwind,” Higdon explains from his office in Scottsdale, Arizona. “Mission was started in February 2021. I was employee number one at that time. We were focused on building what I think of as a platform, which is both services and technology to support underwriters who are entrepreneurial-minded and looking to take the next step in their career. So we basically have created an incubator for those types of individuals to reap the benefits of starting their own programme administrator series.

“The first few months was focused on identifying the right business partners in order to create that foundation, and on setting up the company. We were able to sign our first series on about 1 April and they were up and running by 1 June 2021.”

The company operates like a hub-and-spoke model. At the centre of Mission’s universe is the core team that Higdon has assembled, called Mission Corporate, which provides the expertise and support needed to onboard new partners. Then you have the series partners themselves working within their separate entities, like satellites in orbit.

He says that everybody involved with Mission has brought together their frustrations of working within larger organisations and created something better. “All of us came from large, bureaucratic companies where it was very difficult to get things done,” Higdon says. “It was also very difficult for you to really share in the value that you were creating for that organisation.”

A structure that empowers underwriting teams

Mission uses its operating model to engender an entrepreneurial spirit and empower series to take ownership for their own business. The result is a flat organisation that is able to stay nimble, on the right rails in terms of regulation, but at the same time liberated from approval processes and weekly meetings – the scourge of corporate life.

Each series operates independently, meaning they’re well insulated against other parts of the programme. “We've all been in that situation where our department did extremely well, but maybe the rest of the company didn't, and we all had to pay a price for that,” Higdon recalls. “Our goal is to make sure that they're focused on building their entity and reaping the rewards of that rather than having to worry about what others in the organisation are doing.

Like many areas of the insurance industry, talent is incredibly important to Mission. The teams themselves are led by individuals who were relatively senior in their past firms but didn’t have progression, often because they were prevented from climbing the career ladder by immovable line managers who had been there for years.

They bring their own underwriting expertise with them and, in return, Mission provides the support and technology to enable them to launch. It’s a marriage of those two things that allows the system to be successful.

Recruiting the right talent into the corporate team is also important. Talent is not just about knowing what you’re talking about – it’s about understanding the specific challenges that your clients face and having the experience to guide them through it. Mission has assembled a top core team, including Chief Digital Officer Alex Williams and Chief Product and Strategy Officer Chris Jones.

For Jones, who has lived the entrepreneurial life himself, bringing professional experiences that are similar to those faced by Mission’s partners is an important attribute. He says: “One of the things that I struggle with, being an entrepreneur, is understanding how hard it is to keep the culture and the mindset, especially in an industry like insurance which most people don't think of as very entrepreneurial. Starting out, when we had a handful of employees at Mission and everybody was just doing whatever it took to get things done – that's what I want us to be known for, as the disruptors in the insurance space. The company that's entrepreneurial, nimble, able to move quickly, and reacts to new market signals quickly.”

Jones acknowledges that it becomes increasingly difficult to do that, particularly as Mission scales. But he explains that he doesn’t want to lose the entrepreneurial spirit that Mission shares with its series, nor lose the recognition it has gained as an innovator.

He readily admits that, like most people, he never grew up hoping to go into the world of insurance. Instead he describes himself as a “finance guy”, studying accounting and finance at university before falling – not leaping – into the insurance space. When he first stumbled upon the programme model from a carrier’s perspective, he wondered why everybody wasn’t taking this approach.

“Over the last couple years, to our benefit, there have been several of these other carriers that have started up and people truly understand what we're trying to do,” Jones continues. “Their business model is fully aligned with our business model.

“One of the big fears of a programme administrator used to be that you would wake up one day and your programme's performing fine, but your carrier partner, who isn't a programme carrier, just decides they don't like programmes anymore. That would happen, and then you're sitting there trying to find new carriers for it.”

Jones explains that it’s still not simple to go and find a carrier to support your business, but that more people are beginning to understand what Mission is doing and how it operates.

Providing a step-up on technology

As daunting as it may seem for entrepreneurs, there are many underwriters and MGAs that would love to start again from the ground up. Many are held back by systems which have been in place for decades, and which now have such a strong stranglehold over their data that it’s almost impossible for them to migrate away.

The process of cleansing that data alone is a time consuming one. If not done properly, it can lead to the legacy platform being recreated in a newer system and mistakes being repeated. For some, even the cultural shift required to bring management onboard is too great a hurdle.

So with the support that Mission provides, the entrepreneurs who join the programme are able to get a major step-up on the incumbents. The person responsible for ensuring they realise that technical advantage is Mission’s Chief Digital Officer Alex Williams.

“I would say the major technical challenge for our underwriting teams is how we can get them up and running quickly without sacrificing quality,” Williams says. “It's not just getting them up to where they are producing and writing business and premium, but how we continue to evolve their product and make sure that technology is a block-step in enabling that.

“The core things that I want to make sure we accomplish from a technology perspective are speed, flexibility, and data quality. We have diversity in our partners and our programmes and we need to make sure the tools that we use are flexible enough to meet each of their needs.”

When they sat down and looked at those requirements, it became obvious to Mission that a cloud-based SaaS solution made the most sense. It’s nimble, allowing Mission to move quickly, and draws on the microservices and API exchanges within that ecosystem to allow Mission’s programmes to get into business quickly.

“I’m not looking to recreate the wheel,” Williams quips. “We want them to be able to operate out of a single integrated policy admin system and that everything is cohesive, so they aren't having to go to disparate systems. Data governance, and understanding its value, is important. That way we can provide more qualitative data and help our programmes monitor the performance of their business.” 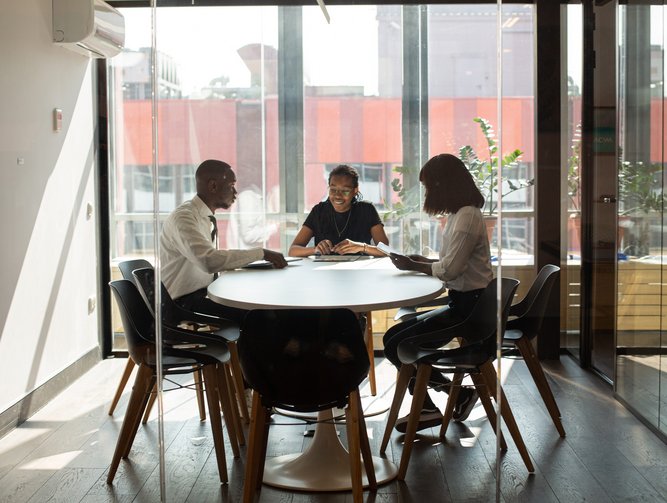 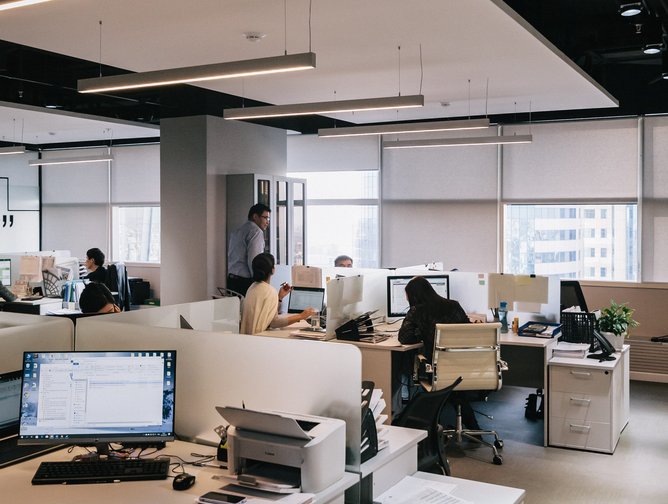 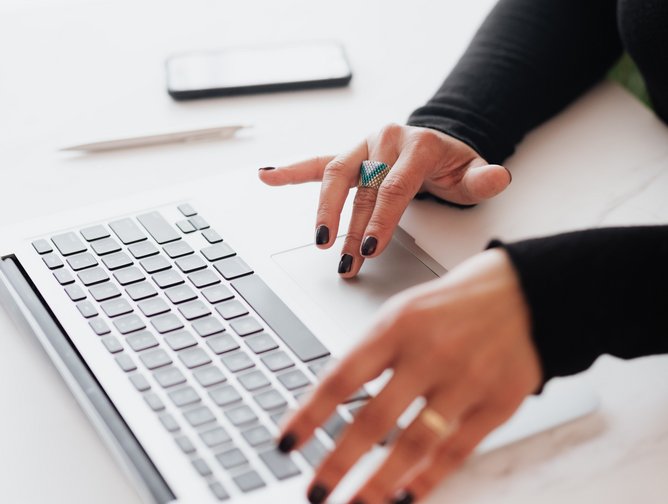 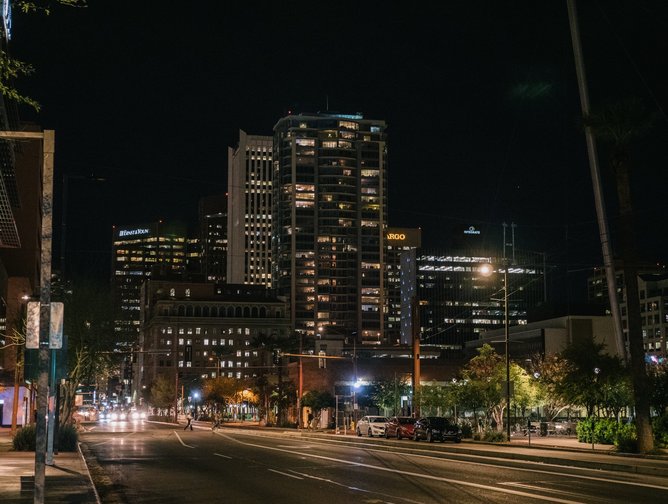 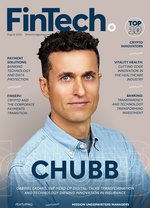