View Full Report
MSU Federal Credit Union has launched The Lab at MSUFCU, a testing program for rapid development of technology solutions. But it’s so much more...

For Michigan State University Federal Credit Union (MSUFCU), The Lab at MSUFCU is a testing ground for future technologies and a representation of how traditional finance houses are keeping in step with fintechs.

MSUFCU’s venture into an incubator format for proving new technologies goes beyond stuffing a bunch of engineers into a room and hoping they’ll create the next unicorn. In fact, it supports startups who can offer technology partnerships and brings the most successful ones to pilot stage, while training its own team to work with the new technology. MSUFCU gets to test the product, the partnership and its own team on a journey that goes from inception to implementation. But The Lab was not born overnight.

“The Lab is a combination of years of organic innovation formalized into a place to experiment with different fintechs and innovative companies and talk about those experiments, and get our members involved early on,” says Ben Maxim, assistant vice president of digital strategy and innovation at MSUFCU.

The idea is that the process is “without fear” and to ensure that, unlike previously, potential partners do not feel pressure to present products that are “fully polished”.

“What we’re doing with The Lab is finding fintechs that offer niche services that make sense for a small portion of our membership. We try them out in a small pilot for a couple of months to experiment with and test it from our business perspective, looking at the ROI of what that relationship could be,” adds Maxim.

It also acts as a training ground for employees. “We have some of our experts from

IT, including our development team. We have our UX team that helps us build out the prototypes, but then we pull in people identified as forward-thinking in their areas, those who are also looking for an opportunity to share their experiences. We have people from our call center from our branch network, from our accounting team, and several other departments. The combination of diverse experience helps us look at the different solutions holistically.

“We're also looking to gather and nurture employee ideas as well. We have an internal program within The Lab called CU Innovate where we solicit ideas from our employees,” said Maxim.

Not only are employees brought into The Lab to contribute ideas and encourage innovation, they also vote on which projects should make it to the pilot stage.

The desire to innovate, Maxim admits, has been driven by a change in member behavior. Where once people came to the university and felt it made sense to “check out the branch near campus”, the rise of fintech superstars, such as Chime or PayPal, has introduced competition, and the large national banks (themselves heavily investing in fintech companies and developers) promote customer loyalty from parent to child.

“We’re trying to compete with that and help consumers understand what we offer them and how we can set them up for successful financial futures,” says Maxim.

Currently under pilot are Keyno, a fraud prevention tool, Pocketnest™, a financial wellness dashboard, and ChangEd, for paying off student loans early through a transaction round up feature.

“We have a couple projects in the works that will target people while they’re still in school, providing education and other related topics, and how to ensure you have a solid financial footing coming out of school. We want to have offerings that are available to everyone, then also personalize them so they do hit those markets.”

Maxim started in this role at MSUFCU in January 2020, after 12 years on the software development team for the credit union and set out reading. He read a book by Eric Ries called The Startup Way, which along with Ries’ The Lean Startup, is core reading for the Silicon Valley set. He was captivated by the idea of entrepreneurship within organizations, then following the process of getting buy-in from internal stakeholders, raising funds, recruiting a team and so on.

“A lot of [The Lab] is modelled on the principles in those books and really trying to avoid what’s been coined as ‘innovation theatre’ where you spend the money on some fancy room or fancy building and then come up with all these ideas but there doesn’t end up being any opportunity – or ROI – that comes from it.

“So we’re either getting something out of it or we’re showing ourselves that this isn’t the right thing to do because our members don’t want it or the ROI is just not there,” added Maxim.

The program has transformed the speed of testing dramatically. POP/io, a video banking company, had been lurking near MSUFCU’s project board for 18 months before being thrust into The Lab. “We were up and running in five weeks,” says Maxim.

organization’s newfound agility. “The Lab has really caused us to look at our security review process. A traditional, classic security review process is really a gate, so we’ve had to develop over the past year in anticipation of doing this sort of innovation. We started to build out security systems that could rapidly adapt to the requirements of an innovation lab.” The new process allows projects to move quickly through the security protocols “without being reckless”.

With advances in the complexity of attacks being met by increasing layers of security, is it becoming easier to fend off threats, or much harder? “It’s getting harder in new ways,” says Mielak, “and easier in the old ways.”

“It's the new avenues of security that are going to start challenging us. And I'll give you a great example which is artificial intelligence. AI is the buzzword. That's true for products, but it's also true for security. Imagine a future in, let's say, five years where security is entirely based on artificial intelligent bots combating each other and trying to outmaneuver one another. That's technology we haven't even really dreamed of yet. It's more conceptual. We have to embrace it, as a security department, along the same lines as The Lab.

“We have to embrace innovation, outside-the-box thinking, and security to try and not just support those efforts for our members, but also make sure we stay one step ahead of the threat actors who are evolving in their own right. And so, we spend a lot of time making sure that we've properly calibrated our security program to the threats that we actually face, anywhere from run of the mill phishing all the way up to nation state threat actors.”

MSUFCU is also embracing digital transformation. “It's one of our main focuses right now, coming out of COVID,” says Maxim, “and as part of that we had our business analyst team go through each of our business domains and share their ideas for how we can improve procedures and processes that were manual. We are also looking at how we can improve efficiencies through automation or custom AI solutions from the front line all the way to the back office. We’re also really trying to improve our digital presence.”

The credit union is keenly aware that almost a third of its members live too far away to make regular in-person visits to a branch, notwithstanding another pandemic lockdown or other unforeseen event.

“People have adapted to interacting with us digitally, and they don't come through the traditional channels with the same frequency as previously. We don't see as many in the branch every Friday to deposit their paychecks, because they do it with eDeposit; we don't have as many people calling in to check balances because they do that on the mobile app, and they can get text message alerts,” said Maxim

This is the bedrock from which MSUFCU hopes to accelerate using The Lab. And that initiative has proven a testing ground not only for technologies but also for partnerships, such as with the fraud prevention tool Keyno.

Maxim explains, “They've been working on a product for a couple of years and have made some traction, and they were looking for a first client. We had a call and I instantly knew that this was something we wanted to explore. Keyno is one of our first pilots as part of The Lab. They had a ready-made pilot program set up where they had the technology built, but they needed some actual cardholders to try it with.”

As testing rolls out to more cardholders, and the fourth quarter crunch for big ticket purchases comes along, MSUFCU is “already looking at how it can reduce fraud as a way to gain back some of the revenue we lost during the first few months of COVID, and set us up moving forward in terms of revenue.”

“With the virtual assistant, you get more consistent answers across the board,” says Maxim. “We did a pilot with Boost.ai and we asked individuals from our team with no experience to become certified Boost.ai trainers. We were able to build out the content and train the model in 10 days and then test it with a group of 60 individuals.” User satisfaction reached almost 100% over the ensuing four weeks. Through the pilot, we determined we could automate approximately 2,000 employee-to-employee interactions each month.

“We decided this was a company we wanted to move forward with and we're currently scaling that out. We're learning AI. Yes, there's technology involved, but a lot of it has to do with the content, the training, business flow, and business process.”

The Lab, which only officially launched in autumn 2020, is already creating alchemical results for MSUFCU. As the credit union looks to 2021 and beyond, it can look forward to seeing the reaction. 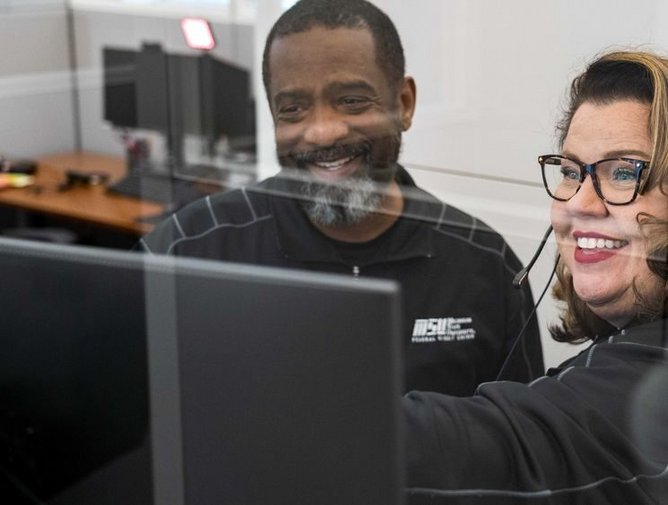 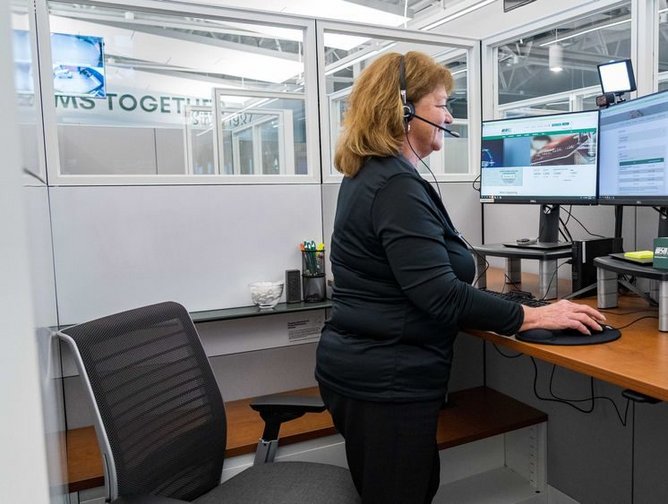