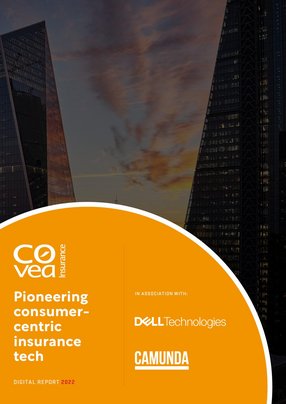 Covea Insurance PLC is owned by Covea France, one of the largest insurers in France. The UK arm was founded in 2012 and is something of a laboratory for testing new and innovative approaches in the marketplace. They’re the partner of choice for a number of high-street brands, providing award winning claims handling and customer service to match the reputation of their clients.

Graeme Howard, is Covéa’s Chief Information Technology Officer and the leader of a new era heralded by their micro service based approach to insurance platforms. Howard’s journey is a life lived through insurance and technology. A conservative and traditional industry, often slow and resistant to change, but where even minor change has an enormous impact on the end customer.

Covea Insurance Plc was officially formed through a 1999 merger of 3 smaller UK insurance companies. Howard’s charge allows for the incubation of Covea’s most ambitious changes and sees its new platform approach as the launch of a new era in insurance technology.

While applications of this technology are harder in an industry as traditional as insurance, that is precisely why digital transformation here is so meaningful. Covea Insurance is a young, dynamic and large business with a heritage behind it, as well as the flexibility and evolution of its offering, fit for the digital age.

Covea Insurance’s test and learn approach especially applies to the tech side of things, which helps foster innovation and allows Howard the autonomy to choose partners like Camunda and Dell.

The company has created a new micro services, event driven policy administration platform to support the new Vitality Car insurance product. This platform was created in partnership with Vitality and also utilising some of the insurtech Iotatech components. That launched in June and a further enhancements to the platform are now in the works.

Howard began his career at British Aerospace as an engineer hired through the firm’s graduate scheme as a software engineer. Later, he moved on to Motorola  Solutions, helping roll out radio systems across the UK, working his way up into more senior roles including Director roles in architecture and design of software solutions. His last role was designing and implementing a standardised intelligent network management systems to support 350 Managed Service systems across the globe.

“Process automation, process definition, Six Sigma [process improvement], and really understanding, how to write business processes are critical” explains Howard. “Creating those sort of cookie cutter approaches, to a blueprint of how we could operate an IT system, in simplistic terms, and then migrate that out across different networks, across the globe to multiple, different channels and hundreds of customers.”

Howard landed his first Chief Technology Officer role at global relocations firm Santa Fe as it embarked on a large-scale digital transformation for its 98 offices across 48 countries. He was later promoted to the global Executive team as CIO as the role out gathered pace and complexity.

“There's a lot of transferable skills,” he says, “but by moving industries, there's a huge amount of learning but equally, coming in new to an industry allows you to challenge some of the previous sacred truths.

After two years at Santa Fe, it was time for a new challenge.

“I was looking for somewhere I could really get my teeth stuck into a major transformational role where I could really make a difference. I pretty quickly picked insurance as a sweet spot that I felt was ripe for disruption and I felt it was massively underserved from a digital perspective. There wasn't really a huge amount of change going on. You could see what happened within the banking industry and, and how much the digitization of banking had made an impact. So I was keen to try and find a role in an insurance company.”

That was when Graeme first encountered Covea Insurance:  “We had a discussion and I think it was interesting that they were of the right sort of size to be able to implement a strategy. The leadership team were keen to do something different and it fitted with my aspirations and desire to drive forward.”

Howard is very excited about the potential of Covea Insurance’s policy platform and the benefits it can bring to the sector as a whole.

“You can see where kind of open banking has gone with the data share and capabilities, So we are - particularly Neil Walker, our Head of Technology - helping to really drive the foundations and the regulations around open insurance. So our platform is going to be fully compliant with the Open Insurance Initiative [OII].”

The OII is the industry’s largest open source project and while Howard lauds his team’s work he also says there is still more to do, particularly with regard to machine learning and AI modelling and so the company has invested in created their own platform.

In an era where digital fraud has skyrocketed with lockdowns, Howard praises his team for their work in an industry that historically sees high levels of fraud: “The team are doing amazing things in not just fraud analytics, but leading the way with, with ‘ghost broking’, which is a particular bane of the insurance industry and quite hard to pick out, but the models we've created now are starting to really push us into a much stronger position in that area.”

Howard is looking ahead to a supercharged 2022, saying “I think the more data we get, the more information we can create, the more analysis we can do. Particularly as we move to more cross-product data and cross-selling.

“I believe there's a huge amount of potential there, particularly when you look at different products at the same time, you start to get different patterns and get pretty passionate about it. It's quite exciting.“

The policy admin platform launched by Covea uses Kong open-source software as its API gateway. While openness is important, Howards says working with select partners to great effect is the better strategy for continuing development. Camunda has really helped us to drive our orchestration capabilities and is a key part of our platform.

“We can work with other people we're sharing that information up front so we can both develop at the same time. It's really about that, that transparent way of operating,” says Howard. “We found that by broadcasting that data…enabled us to move forward with other partners and co-develop at the same time, so when you're all pushing into production it's less of a surprise!”

Howard says the fundamentals of a successful API rollout and development phase is having a clear understanding of working practises with partners you know well.

“I feel with some partners, you don’t necessarily get the same level of closeness, it's not as symbiotic, it's more transactional,” he explained. “I think things tend to work better when you move from the transactional to a higher plane of collaboration with a partner.

Howard says a principle of developing meaningful relationships with partners is at the core of his development philosophy: “Less partnerships, but try to get deeper partnerships, so you get a true understanding of you, of each other. You can understand the business model that you are trying to support rather than it all being about your business model. I think it works a lot better when you understand what you need to do from each other, and you can really share that kind of experience to move forward.”

Howard joined Covea in 2019 and after three years remains impressed by innovative practises, technologies and people in the industry and the consumer-first approach being tackled by companies in the space.

“I think it's really important that the insurance offerings meet the needs and desires of customers. I strongly believe that subscription is something we should be moving into. There's some great companies that have done some amazing things with just consumer consumption based insurance. Providing solutions to questions likes - why do I need to pay £1,000 [US$1,338] a year when I'm only going to use the car for two months of the year, or how does my pet insurance work? I think there's just so many different things that we can do with that data and pushing information out to people and giving them greater choice.”

“It’s about choice,” says Howard. “There's a ground swell of change within the insurance market, not just about technology, not just about pricing, but around making products much more sticky for people and giving them what they really want and need.”

“There's some great companies really growing very, very quickly, and I think when you see that kind of hyper growth that really tells you they're hitting a sweet spot in the market and will continue to grow.”

His time with Covea has made Howard an advocate for the industry and the huge change it can create.

“I think if you don't, if you don't put the hard yards in, if you don’t take that fight and that mantle forward, then nothing, ever changes. If you are willing to accept the status quos then, really, what have you achieved?” 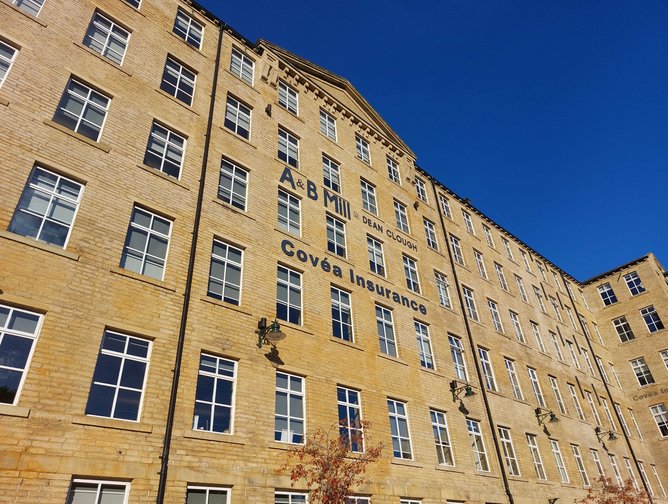 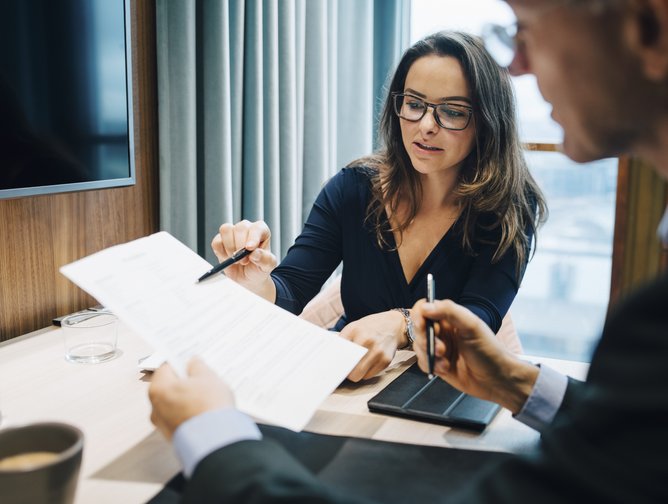 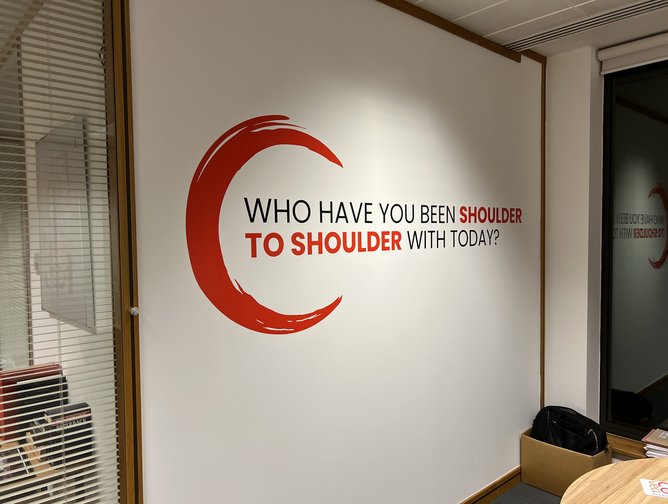 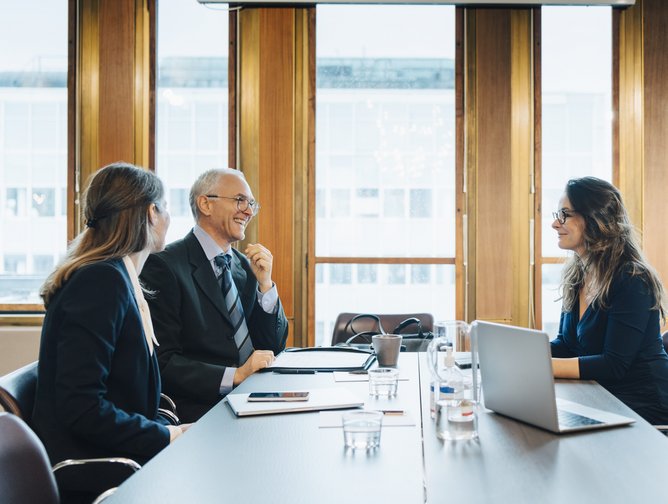 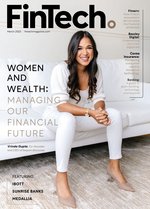