Learning to move with the changes in the global market has always been a cornerstone of successful investor strategies. However, few companies were prepared for the dynamic, highly-creative and innovative thinking that is now a necessity in the post-COVID-19 world. As the ‘tried and tested’ methods give way to digitally-enhanced, flexible and data-driven operations, Charles D. Carey, Managing Partner of CIG Capital, is emblematic of the new guard that is seeking to overturn prior conceptions of best practice in investment. A serial entrepreneur since his early twenties, Carey has held a considerable number of executive positions at companies within the technology, finance and healthcare sectors, in addition to founding two of his own: Venture 101 (in 2010) and Carey Holdings (2011).

Founded in 2016, CIG Capital is a group that aims to deliver alternative project investment, lending opportunities and a broad range of expert advice, courtesy of its component partners. Reflecting on the genesis of the company’s conception, Carey says, “When it comes to helping businesses, I've always started from the beginning and then gone on to see how we can scale. That’s how I got into the finance world; I focused on how to help businesses, not just on the funding side, but with support too.” Believing that leadership means more than simply ‘status’, Carey takes a proactive approach and an indiscriminate attitude when it comes to helping clients achieve their best, regardless of the project’s scale or subject. “That's really what gives me an advantage: I believe in a set of principles and I don't change them, no matter what the product or sector is.” Treating everyone from renowned business leaders to up-and-coming startup CEOs with the same level of respect, CIG Capital strives to foster each project’s individual journey.

This aspect, which has been termed ‘100% funding’, is ultimately what helps differentiate CIG Capital from its competitors. Rather than simply fund one stage of a project’s development, the company opts to provide the capital stack with one loan capable of sufficiently covering any seed money, equity or short-term debt. This subsequently allows CIG Capital to coherently understand any associated risks and implement mitigations from the onset of the funding cycle. “We want to bring the whole capital stack under one roof, but we also want to solve problems when it comes to the organization as a whole. Funding is only one element,” Carey explains. “CIG Capital also offers support services for executive leadership, which can create new revenue streams, as well as business consulting, go-to-market strategies, and more. We don’t just make sure a project is successful, we also lower the risk to our money.” It’s a strategy that appears to have paid dividends: as of August 2020, CIG Capital currently has a portfolio valued in excess of US$10bn and Carey himself was recently accepted into the exclusive Forbes Finance Council.

When he considers the economic upheaval that the pandemic has brought about, Carey stresses the importance of establishing a vision for the modernization of investment. If the sector is to thrive in this new paradigm, he argues, a technologically savvy approach enabled by a cultural readjustment to ‘big picture’ thinking will be crucial. Automated data streams and analytical capabilities are gaining traction in several data-rich industries, yet the widespread application of these technologies remains diffuse. In this aspect, he reasons, larger companies should take note of fintechs in the space, which generally have a more sophisticated understanding of modern tech, or else face technological irrelevancy. For its part, CIG Capital boasts one of the fastest underwriting models in the modern industry, with seven project elements measured to obtain a unique score which subsequently informs the terms of each individual venture. However, despite this, Carey insists that half the battle to improve modern investment actually lies in adopting new cultural frameworks. “In terms of modernization, investors need to change the way they address funding. I'm an entrepreneur: I love to teach and provide a message that will solve problems. Finance is just a tool, and although it's an important tool, you don't need to be an expert. All you need to know is, ‘What's the money going to do’ and ‘How's it going to come back to us in a return’. That's the most important part.” Therefore, CIG Capital’s approach emphasizes finding the individual value in each prospective venture and working tirelessly to develop it. For the company, recouping invested funds occurs simply as a natural consequence of this success.

CIG Capital has codified this culture into three parts: hunger, humility and zeal. By adhering to these words as guiding principles, the company ensures that its high standards, collaborative problem-solving capabilities and focus are maintained. According to Carey, the company’s unique culture also enables it to fund demanding projects that generally could not be serviced by traditional lenders, such as banks. “CIG Capital can solve problems creatively because we’re not in a restrictive ‘box’,” he states, in reference to the regulatory frameworks of other funding institutions. “We're not gambling with other people’s money; we're providing 100% funding, wherein the investee simply puts up collateral towards a project.” This means that CIG Capital could, in theory, fund a $5bn project by itself - a significant and rare advantage.

Stating that he doesn’t like to feel that he is “the smartest person in the room”, Carey emphasizes that having exceptional employees, colleagues and partners is a strong component of CIG Capital’s success, as well as having the determination to find the recipe for success in failure. “When you work as a serial entrepreneur or a venture capitalist, you're going to have a percentage of failure. However, I believe that achieving what we have today has been through those experiences,” he says. CIG Capital’s culture and pioneering approach are helping it establish a foothold in an industry beset by challenges, not least from more established competitors. However, when asked about the one near-universal challenge being experienced by the market (COVID-19 disruption), Carey, on the contrary, states that the pandemic has actually brought several opportunities. “Where others have shut their doors, we’ve actually opened ours because we look at the future, not just today. CIG Capital is realistic and we know that business will make a comeback.”

In that spirit, Carey considers 2021 to be a year of opportunity, one which could lay the foundations for a larger and better economy. With plans to develop several projects in the US and grow its broker network into the thousands already underway, CIG Capital is launching itself wholeheartedly into finding new ways of putting ‘money to work’. “The financial world needs to realize that investment is about more than money,” Carey concludes. “We all need to understand that money is a tool and how we use it for our clients and the projects that we're investing in makes all the difference.” As CIG Capital continues to create the business opportunities of tomorrow in a rapidly shifting economic landscape, Carey’s leadership and drive to forge a revolutionary, new, culture-based approach to investment will be crucial. 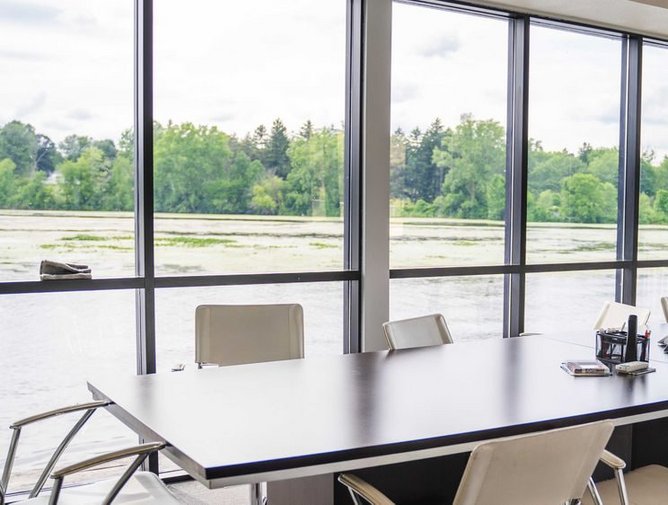 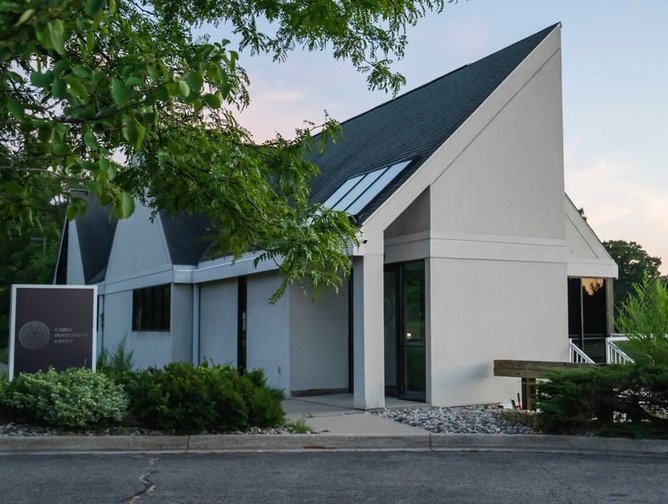 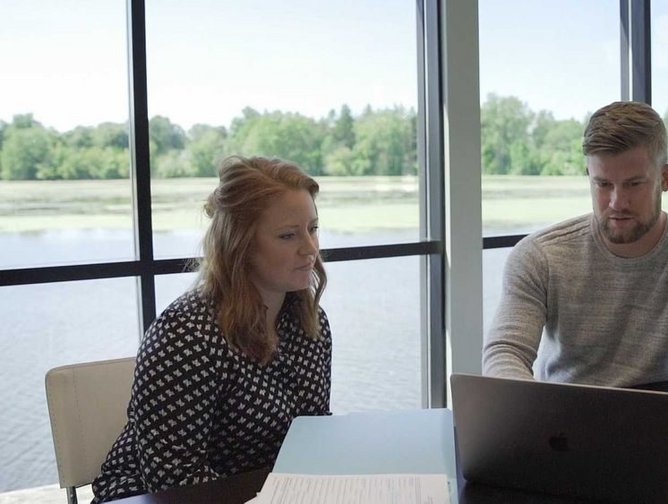 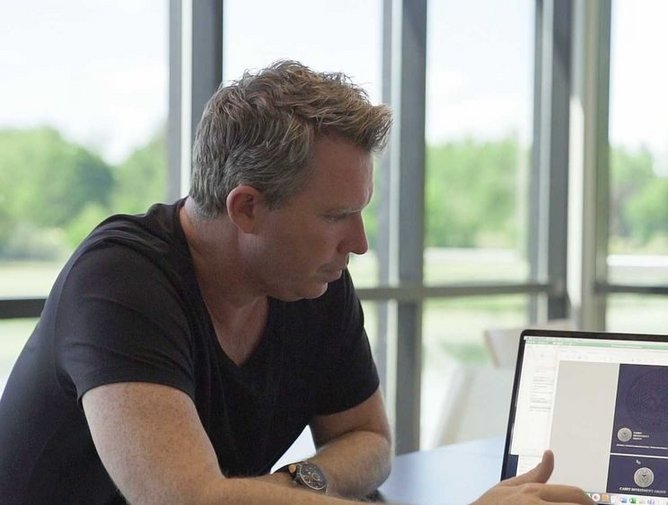 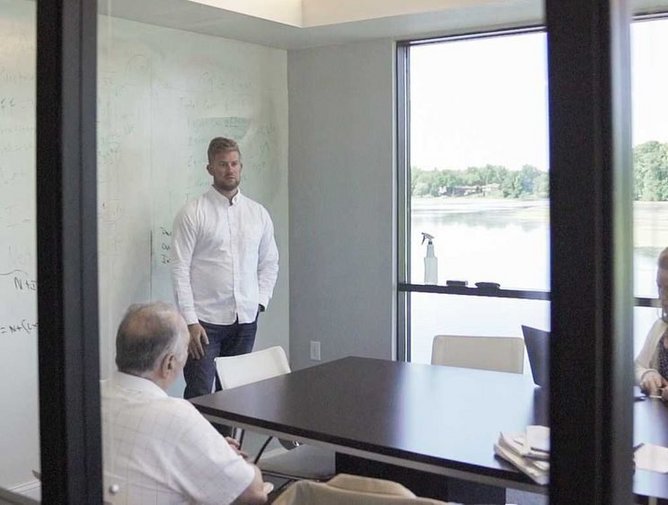