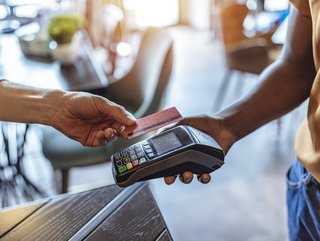 According to Thought Machine, Vault Payments will enable banks to create powerful payment flows, consolidate disparate systems, and dramatically reduce the cost and complexity of executing cards and payment processing.

Designed for banks, Vault Payments can seamlessly integrate any financial product with the Mastercard network through a highly flexible payment routing mechanism.

Vault Payments can be adopted as a standalone product and integrated into a variety of legacy core banking systems, or it can be integrated into next-generation core banking systems, such as Vault Core. Vault Payments and Vault Core together can accelerate product innovation and time-to-market, enabling the creation of products such as an end-to-end credit card processing solution or a buy-now-pay-later proposition.

Paul Taylor, founder and CEO of Thought Machine, said: “We have built Vault Payments entirely from first principles – free from the constraints of legacy technology. Vault Payments is fully configurable by clients, giving them the power to process card and payment scheme messages freely – with execution logic they design themselves. This is a first for the payments industry – and the next foundational technology we have built, underpinned by our product excellence.”

Founded in 2014 by Paul Taylor, Thought Machine’s cloud-native core banking platform, Vault Core, has been selected by large-scale multinational banks, including JPMorgan Chase, Standard Chartered and Intesa Sanpaolo, as well as challenger banks and fintechs, such as Curve, Atom bank, and Lunar. With the launch of Vault Payments, Thought Machine has developed another foundational technology for modern banking – underpinned by best practices in software design and cloud-native technology.

Last month, Thought Machine announced the close of a US$160mn series D funding round, pushing its valuation to US$2.7bn. These new funds will be used to continue developing Vault Core and Vault Payments – enabling banks to leave behind the old world of legacy technology and move towards a modern, cloud-native future with increased reliability, security, and performance.