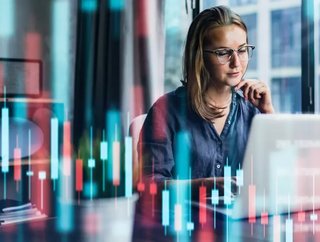 Only 1.5% of global fintech firms are founded solely by women, and receive just 1% of total fintech funding, Findexable finds

Women are not being represented in senior business and tech roles at global fintech companies, according to a report by the Fintech Diversity Radar.

It was found that women make up 11% of all board members and 19% of company executives. The majority of women (26%) in the sector hold the position of chief people officer or head of HR, followed by chief marketing officer and chief financial officer. Of all fintech CEOs globally, 5.6% are women, and less than 4% of women hold the title of chief innovation or technology officer.

The report examines the role that women play in global fintech, and how the industry can build more balanced, inclusive and representative businesses that are fit for the future. The research comprises data from just over one thousand of the world’s best-funded privately owned fintech firms, 36 in-depth interviews with founders and senior executives from large financial service providers. Insights are also drawn from a survey of 250 employees working across the financial services landscape.

Simon Hardie, CEO and co-founder of findexable says: “Global prosperity is more evenly distributed than at any point in history, yet our data shows the massive imbalance between men and women in innovative financial services firms. Fintech is a key enabler in the digital economy and the sector plays an outsize role in reducing economic exclusion and powering digital transformation."

Hubs for women founders, executives and board members are globally distributed:

What else did the study find?

Denise Gee, co-founder of findexable says: “While the research paints a disappointing picture of fintech’s performance at building an industry that reflects the real world, this research should be viewed as a line in the sand. From today all of us – from government to regulators, ecosystems and financial services firms of all sizes – need to ‘dig in’ (not lean in) to make the case and accelerate the progress of women and diverse teams.”