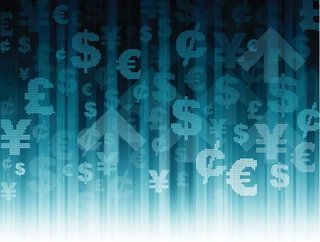 Digital banking has experienced an unprecedented surge since Brexit and the pandemic, the deVere Group has revealed...

Digital banking has experienced an unprecedented surge since Brexit and the pandemic, the deVere Group has revealed.

CEO and Founder of deVere Group, Nigel Green, says the rise in demand for cashless banking has been fuelled by worries regarding post-Brexit rule changes, climate change anxiety and the global COVID-19 pandemic.

Green said enquiries for challenger bank apps had risen by 67% in the past few months, with digital banking apps enable customers to have greater flexibility regarding currency changes, transfers and deposits. “The monumental quarter-on-quarter surge for banking-style apps is, we believe, attributable to two main drivers,” he explained.

Commenting on climate change as a driving force, Green said, “First, individuals and companies are increasingly embracing and expecting green, paperless banking. This is partly fuelled by the pressing need for us all to drastically reduce waste and better protect the environment – something the pandemic and issues such as raging wildfires has collectively focused minds on - but also because a paperless system is, typically, a more convenient and efficient one.”

But, Green confirmed, the UK banking rules post-Brexit are also a major contributor. “The other major point driving engagement with e-money apps in Europe specifically is that many of the UK’s banks are set to abandon their customers, by closing their accounts and stopping use of their services across Europe within weeks unless they have a valid UK address. Under post-Brexit rules, it becomes illegal for UK banks to service customers living in the EU without applying for new banking licences.”

He explained this would cause a large disruption for people, businesses and other organisations, hence the move towards banks that were operating “under pan-European rules.”

Vault, a state-of-the-art app launched by deVere, enables customers to deposit, store, transfer and exchange money in most major currencies. It has also proved particularly popular with younger demographics. Green concluded: “For Millennials and Gen Z clients especially there’s been a radical shift toward ‘less stuff, more impact’ in banking and financial services.

“And this is just the beginning of this global and far-reaching trend.”