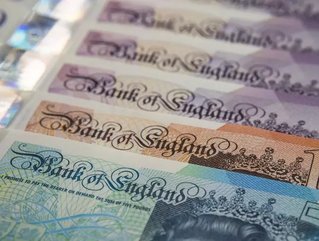 The possibility of negative interest rates from the Bank of England (BoE) has left the finance sector reeling and with only six months to prepare...

Although the BoE stated in its ‘Monetary Policy Report - February 2021’ that interest rates will be maintained at 0.1%, economists are urging lenders to continue preparations for negative rates to strike the UK. This mirrors a similar request from the BoE itself, but with the qualification that it does not imply such a scenario will come to pass.

Acting as a form of ‘anti-interest’, negative rates would see banks charged to keep their money within the central institution as opposed to receiving interest. This would have a direct effect on consumers in some situations:

Speculation as to how negative interest rates would affect digital-only banks run from monthly maintenance fees to a percentage charged on every deposit and withdrawal. Such restrictions could make neobanks less attractive to customers who view them as being better and cheaper tech-based alternatives to incumbents.

The limited amount of lending currently offered by neobanks also exacerbates the problem. Monzo, for instance, has been criticised for not developing its loan and wealth management capabilities to boost revenue. For a company already losing approximately £100m per year, a blow to its value proposition of affordability and convenience could be disastrous.

Furthermore, Nigel Green, CEO of deVere Group, questions whether the BoE triggering negative interest rates to ‘support the economy’ would actually achieve such a purpose:

“This is because the move could be viewed by consumers and investors that the economy is in a perilous position and, as a result, trigger a serious drop in consumer and investor demand.”

“While the debate on whether negative interest rates help the ‘real economy’ or not will continue, there is no doubt that they would help boost financial asset prices.”

Meanwhile, Barclays CEO Jes Staley has stated that UK finance’s post-Brexit agenda should move past the EU and focus on the US and Asian markets.

Speaking to the BBC, Staley commented, "What the UK needs and London needs, is to make sure that the City is one of the best places, whether [it is in terms of] regulation or law or language, or talent.

Although he recognised that some jobs had been moved to the continent as a direct result of Brexit, Staley contended that the positives would soon outweigh the negatives: the UK can now carve out its own path, although he wouldn’t condone an upheaval of existing regulations to achieve it.

In January, the UK was found to be second only to the US in terms of fintech capital funding last year, totalling US$4.1bn. Although it still has a long way to go catch up with the US’ figures ($22bn) and the scale of investment seen in the Asian market, the UK’s current position above the rest of the EU could lend credence to Staley’s comments.