N26 to leave the UK financial market due to Brexit 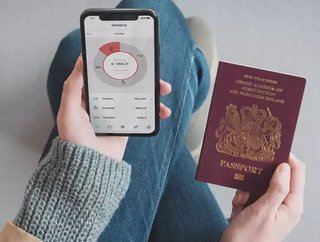 N26's Brexit-related departure from the UK has caused a stir in the industry, but why has the announcement been met with skepticism? FinTech finds out...

N26's Brexit-related departure from the UK has caused a stir in the industry, but why has the announcement been met with skepticism? FinTech finds out.

In a statement released by N26’s press office, the bank has said that “the timings and framework outlined in the EU Withdrawal Agreement mean that the company will in due course be unable to operate in the UK with its European banking licence.”

This announcement was met with some surprise, particularly in light of previous statements from the bank assuring customers that it would remain a stronghold in the UK in spite of Brexit (these have since been deleted). The juxtaposition between those earlier statements and N26’s recent announcement has led some to suggest that the Berlin-based challenger bank has exited the UK market for other reasons. A particularly interesting analysis comes from Isabel Woodford in an article for Sifted. Hundreds have also taken to Twitter to voice their opinion on the decision, with one particular tweet garnering considerable attention from Sarah Kocianski, Head Of Research at 11:FS, who said: “No one in the industry is really surprised by this. Why bother getting and maintaining a licence (along with regulatory capital) in a market where you face stiff competition, when you could go many other places where you don't?”

With this in mind, we take a closer look at N26’s position in the UK.

N26 in the UK marketplace

N26 launched its current account service in the UK some two years after the EU referendum, in 2018. This was five months before the UK was due to leave the EU, suggesting that the bank was fully aware of the geopolitical direction the country was taking. N26 has around 200,000 customers in the UK, a significantly lower portion compared to the 5 million users in the EU. In addition to this, it often ranks lower than its UK competitors in terms of active users, resulting in it often missing the top 10 ranks. N26 also does not have a UK banking license, unlike its competitors Monzo and Starling, instead using its passporting rights in order to operate there. Though the firm still had three years to apply for a formal license following the end of the transition period on 31 December 2020, it has confirmed that this is not a viable option following the announcement.

It should also be noted that N26 is pushing on with its expansion into the US. The US, which is a non-EU member, has a lot of potential for European fintechs to flourish.

Thomas Grosse, Chief Banking Officer at N26 said:“Although we will be leaving the UK, we will continue our mission to radically transform the global banking industry through innovation and the power of technology. This means growing within the European Union, where we recently crossed the 5 million customer mark, building our presence in the US, one of the most attractive global banking markets, and expanding into new countries.”

Luckily, this closure does not mean a mass redundancy for the bank’s UK employees. Instead, employees will be moved into different roles as the bank continues its global expansion. Will Sorby, General Manager, N26 UK, reassured customers: “We’ve planned the next steps carefully to ensure this process is as smooth as possible for every customer in the UK.”

Other fintechs have also responded to the news by reaffirming their commitment to the UK market, like Bunq CEO, Ali Niknam, who confirmed “Fear not: bunq is here to stay.”

N26 announced that all UK accounts will be closed on 15 April 2020, giving British customers two months to shift finances into accounts with other banks.